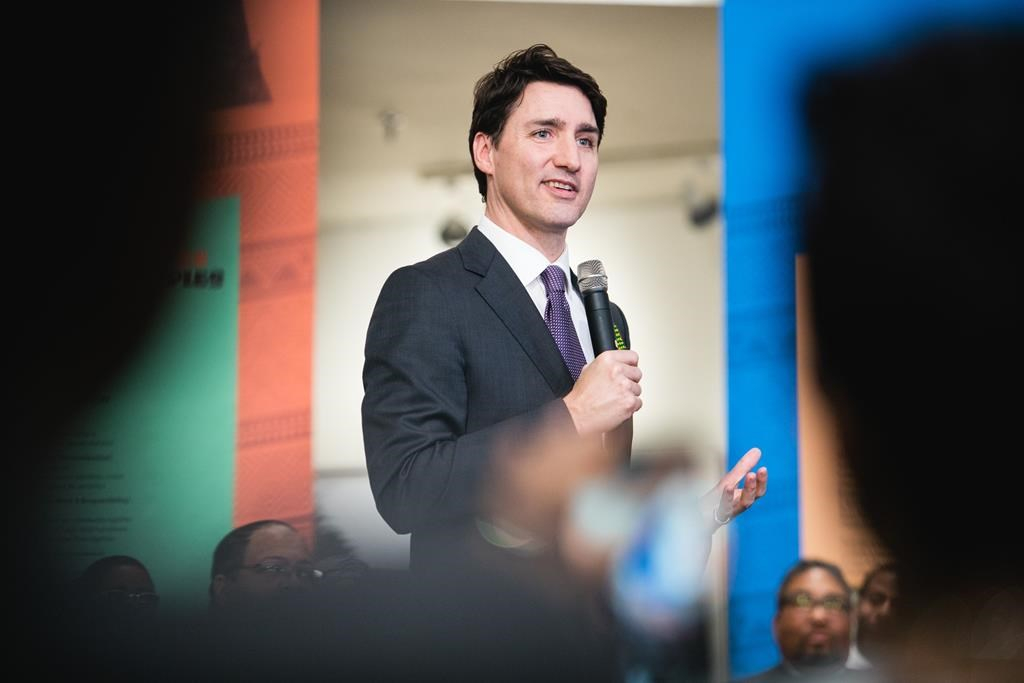 Prime Minister Justin Trudeau stressed the economic importance of supporting research and innovation in a time of economic uncertainty as he wrapped up a East Coast tour in St. John's on Friday.

Later, in a short speech to a small group of party donors at a St. John's hotel, Trudeau pointed to such projects as essential planning for the future, as anxieties grow about disappearing jobs and a changing work landscape.

"Our investments in science, in research, in higher education, in artificial intelligence and robotics, these are the things that potentially are a source of anxiety for folks who are wondering that the world is passing them by, and maybe there won't be jobs for them or their kids in the future," Trudeau said.

"We're showing that Canadians .... can be and are at the heart of this new economy we are building."

On perhaps the biggest economic anxiety in Newfoundland and Labrador, however -- the looming big bump in electricity rates when full power from the Muskrat Falls hydroelectric dam comes online in 2020 -- Trudeau had little to say.

Trudeau fielded reporters' questions on the evolving SNC-Lavalin affair but mostly deflected questions on local issues, including the federal loan guarantee for the Labrador hydro megaproject and the need for a new prison in St. John's.

He later met with Premier Dwight Ball, who said they were continuing "many discussions we've had in the past."

Among the key bilateral issues are Ottawa's Bill C-69, which would set stricter rules for environmental assessments of energy projects, which Ball said is causing uncertainty for possible investors in the province's offshore oil and mining industries.

Talks have also been ongoing regarding a review of the 2005 Atlantic Accord, an agreement on managing revenues from offshore resources. Ball has previously stated his intentions to talk with the prime minister on the topic before the accord's review period is up at the end of March.

In a statement after the meeting, Ball said he spoke with Trudeau about Muskrat Falls and electricity rates and unspecified "social issues."

They also discussed a federal-provincial inquiry into the treatment of Innu children in care.

In his speech to donors, Trudeau asked the people of the province to keep faith in his government for four more years and promised a listening ear to Canadians worried about their futures.

"People around the world are mistrustful of their institutions, worried that they are not being supported in the transformations in the world around them," Trudeau said.

"What we're doing here in Canada is reinforcing faith in institutions and demonstrating that yes, government shouldn't do (everything) but ... the things it can do, it should do very well."

Trudeau was in Halifax on Wednesday and Thursday, where he announced up to $86.5-million to improve an expressway into the city and visited the Black Cultural Centre for Nova Scotia.