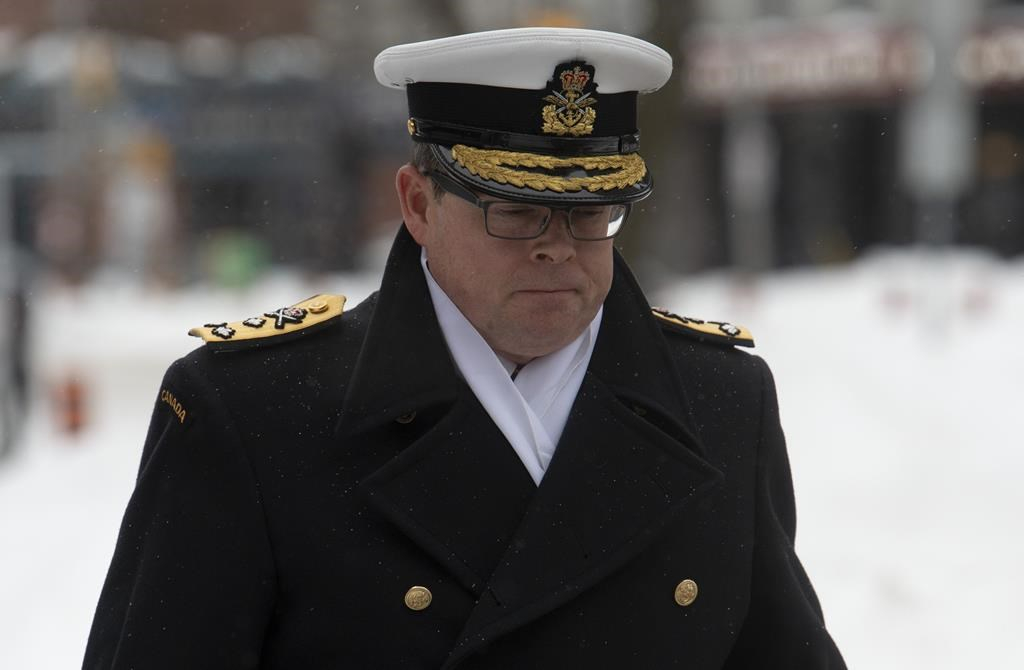 Vice-Admiral Mark Norman arrives at the courthouse in Ottawa, on Tuesday, January 29, 2019. File photo by The Canadian Press/Adrian Wyld
Previous story
Next story

Vice-Admiral Mark Norman's legal team is pushing for access to emails and other communications from Prime Minister Justin Trudeau and senior members of his staff as the clock ticks down to the next phase of the high-profile case.

Suspended as the military's second-in-command in January 2017, Norman was charged last March with one count of breach of trust for allegedly leaking government secrets to undermine cabinet's decision-making process on a major shipbuilding deal.

Norman has denied any wrongdoing. His legal team has alleged that he is the victim of political games on the part of the Liberals and that the government has interfered in the case.

Norman's lawyer, Marie Henein, has been fighting federal lawyers and the Crown for the past two months for thousands of internal documents held by government officials and departments that she says are necessary to prove her client's innocence.

The court heard during a pre-trial hearing Friday that the government has made some progress in collecting and analyzing many of the records subpoenaed by Norman's team, which includes notes and emails from various officials in federal departments.

But with another stage of the case looming at the end of March, Henein said she is prioritizing internal communications from Trudeau and other senior government members relating to Norman's case, which she has subpoenaed.

"Those are a high priority," Henein said. "Those are key for us."

The records are expected to form part of Henein's argument next month, during what's called an abuse-of-process hearing, that there was no legitimate reason for Norman to be charged in the first place.

His actual trial is scheduled to begin in August and run through much of the next federal election campaign.

The court also heard that while Crown prosecutors had started to collect notes from a number of witnesses who were interviewed by the RCMP during their investigation, that work has not been completed.

The admission sparked a rebuke from Judge Heather Perkins-McVey, who noted that many of the interviews were conducted three years ago. She questioned why it was taking so long to collect the documents.

"Time marches on," she chided.

Henein also revealed that the Mounties held off on formally charging Norman until they believed all the relevant evidence was ready to be easily disclosed to defence lawyers because they were concerned about a limit the Supreme Court set in 2016 on the time that can pass between the laying of charges and a trial.

Opposition parties and others had questioned why it took the RCMP more than two years from the start of their investigation to charge Norman, who was suspended with pay for much of that time.