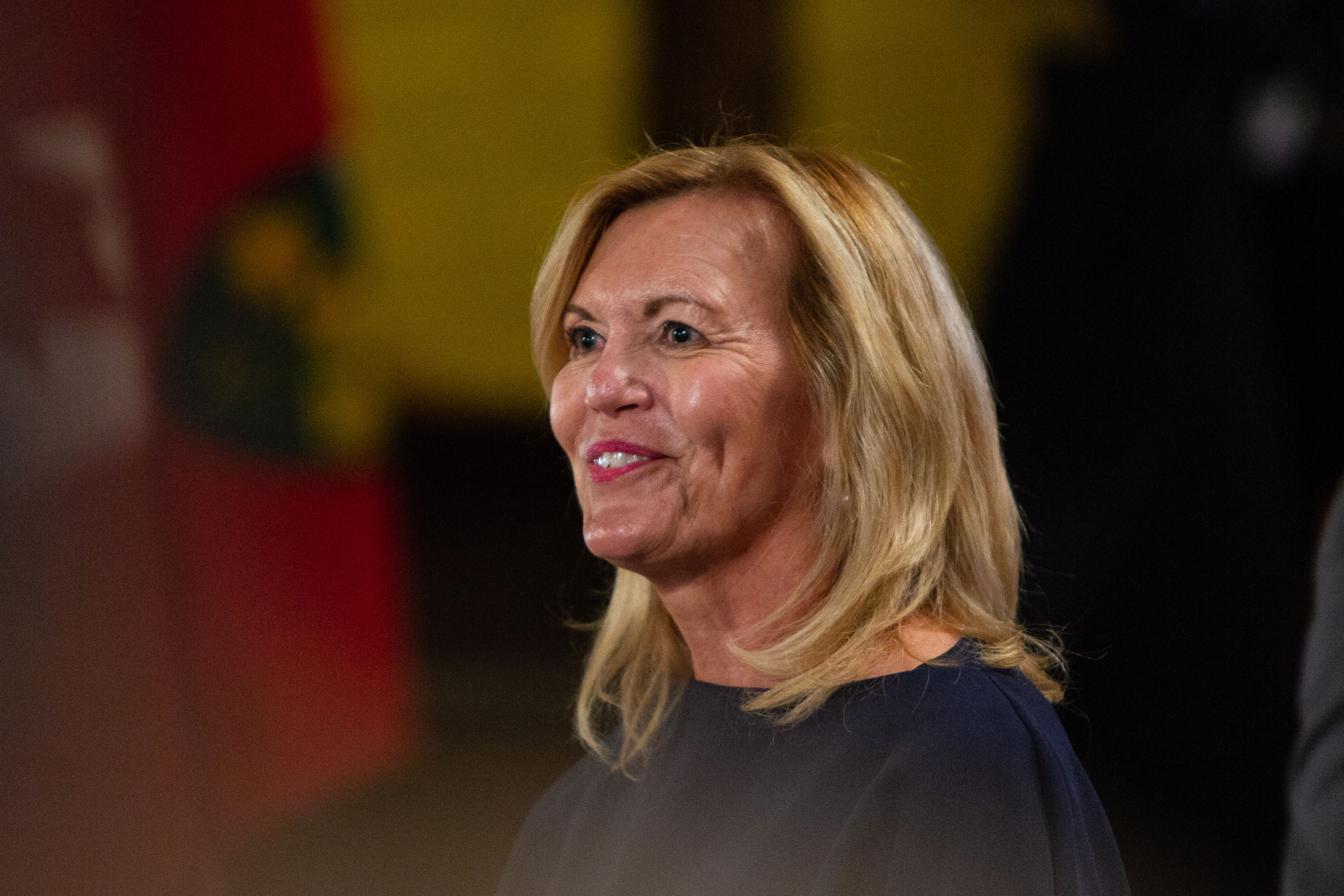 Christine Elliott is pictured during the inauguration of the Ford government on June 29, 2018. Photo by Alex Tetreault.
Previous story
Next story

Ontario government officials struggled to explain the benefit of new healthcare legislation the Ford government introduced in the provincial legislature on Tuesday, arriving to brief reporters without the document itself nor any supporting documentation and deferring on questions about cost to implement, savings to be had, and targets to improve patient care.

The absence of answers follows weeks of vague statements from Premier Doug Ford's government about its healthcare intentions.

"The money can follow the patients," said one official, who like each of those speaking at the briefing did so on the condition of anonymity."It's been a case of right dollar, wrong pocket."

But asked how much the re-jig of responsibilities might cost or save, and what tangible benefits it might bring to patients and their families, the officials demurred.

“We’re still working on the guidance document for the sector," one official said. "But we will have some metrics that we expect them to achieve in terms of improvements in both patient experience as well as in use of resources and in some of the pesky metrics of the healthcare system like alternative levels of care and wait times.”

"Evidence in Alberta and Nova Scotia show this sort of amalgamation only leads to longer wait times and more dysfunctional primary care," he said in a statement.

One official spoke of the need for "integrated care delivery systems", which are teams of existing providers who provide care to subsets of patients in a variety of environments, whether that is in a hospital, clinic, or at home.

The healthcare reforms have become a political flashpoint in Ontario politics, ever since the Opposition New Democrats obtained and leaked a draft version of the bill, arguing that it indicated secret plans to privatize healthcare. A public servant was subsequently fired over the leak, and the Ford government requested that the OPP investigate the matter.

While the Tuesday briefing was designed to show the policy's intent, those being given an opportunity to ask questions about it did not know what it entailed.

Healthcare reform has become a political flashpoint in #onpoli, ever since the opposition NDP obtained and leaked a draft version of the bill, arguing that it indicated secret plans to privatize healthcare.

Legislation in Canada is not traditionally released to members of the public prior to being tabled in a legislature, but provincial, territorial and federal governments sometimes offer technical briefings to journalists, offering advanced materials provided under embargo to help media outlets accurately report details of important bills in a timely fashion.

The legislation did arrive, 20 minutes into a one-hour briefing, after parliamentarians at Queen's Park had been summoned to vote in the proposed bill, The People's Health Care Act, 2019. None of the assembled journalists were able to both read it and engage in the briefing.

But one theme that could be gleaned was that this was about amalgamating healthcare services under an all-encompassing super-agency, Ontario Health, and the 30-50 Ontario Health Teams it expects to manage that are either local networks of healthcare provision or have a province-wide specialized focus, such as the frail elderly or children with fragile medical conditions.

The proposed law will do away with 14 local health integration networks (LHINS), which currently oversee home care and manage nursing home waiting lists, and absorb the functions of six existing agencies.

The teams will treat patients “seamlessly”, another official said, estimating optimistically that it would take three years to implement, starting by working with a "coalition of the willing" ahead of a full provincial rollout.

There was no word on job cuts, but talk is of "understanding the assets in the system" and making decisions that best serve the agency, including on the level of staffing it needs.

The new policy is "not prescriptive on governance" for the teams that are to emerge, but the minister can set criteria for providers and transfer assets to the new agency, the officials said.

"It’s all tied to the patient," one of the officials said. The Ontario Health Teams will be "measured against how well they take care of their patients."

In a background briefing document, the government promises this will eliminate "duplicative" management and administrative teams, and that at least initially, patients will be able to choose who provides their care.

"With safeguards in place to protect personal health information, patients will also have an option to securely access digital health services, such as having access to their electronic health records and virtual care options for patients," the briefing said, adding that more widespread use of digital tools will enable care providers to more quickly and comprehensively access the information they need, such as specialist advice and clinical supports.

Ontario Health will streamline the other agencies' functions and "provide more value for tax dollars," the backgrounder says.

Orwellian isn't it. Setting up the healthcare infrastructure to permit private healthcare. "The Ontario Health Teams will be measured against how well they take care of their patients." We already know the results of this future assessment - underfunded means public healthcare is inadequate. I can hear it already - "we need private healthcare". Tuesday was a sad day for the future of Ontario and the vast majority of its citizens.