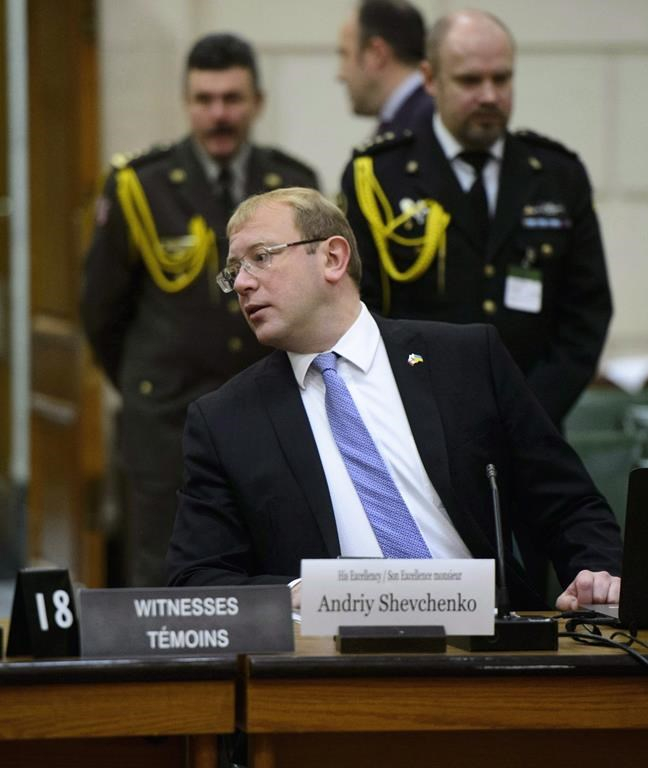 The SNC-Lavalin headquarters is seen in Montreal on Tuesday, February 12, 2019. File photo by The Canadian Press/Paul Chiasson
Previous story

Two policy moves that could help beleaguered SNC-Lavalin came out of public consultations on federal anti-corruption measures that a newly disclosed memo says were ordered by the Prime Minister's Office.

Prime Minister Justin Trudeau's staff directed Public Service and Procurement Canada to consult in 2017 on both its overall integrity regime and the possibility of introducing formal alternatives to prosecuting financial crimes, says the internal briefing note, released under the Access to Information Act.

The document was intended to prepare the department's deputy minister for an early 2018 meeting on the outcome of the process.

Last year, following the consultations, the government passed legislation to create what is known as a remediation agreement — a means of having a corporation accused of wrongdoing make amends without facing the potentially devastating consequences of a criminal conviction.

As a result of a second thread of that 2017 consultation, the government is also proposing to soften the penalty scheme for companies involved in wrongdoing by changing the process for determining how long an offending firm should be barred from getting federal contracts.

SNC-Lavalin, the Montreal-based engineering and construction giant, faces corruption and fraud charges over allegations it resorted to bribery while pursuing business in Libya.

The company pushed for a remediation agreement but the federal director of public prosecutions ruled late last year that the case was ill-suited for an agreement.

The Trudeau government has been plunged into controversy over anonymous accusations that Trudeau's aides improperly pressured former attorney general Jody Wilson-Raybould to overrule the public prosecutor — which she had authority to do — and make an agreement happen.

Wilson-Raybould did not overturn the prosecutor's decision and was shuffled in January to a new cabinet portfolio.

SNC-Lavalin, meanwhile, faces the prospect of a criminal trial on the outstanding corruption charges.

Under the existing integrity regime, a conviction could effectively bar the company from receiving federal contracts for 10 years. That could be devastating for a company whose business is civil engineering and construction. However, SNC-Lavalin could be dealt with less harshly if the government proceeds with proposed changes to the ineligibility provisions that flowed from the federal review of the integrity regime.

A summary of the consultations says most participants felt a disqualification period of 10 years, though sometimes reducible to five, was too long. "The principal view was to favour full discretion in the determination of a period of ineligibility, including the ability to reduce the period to zero," the summary says.

The proposal, which triggered another round of public consultations, was intended to take effect in early 2019, but the government has not yet indicated whether or when it will proceed.

Jennifer Quaid, an assistant law professor at the University of Ottawa, said she understands that the government needs "some wiggle room" in cases like SNC-Lavalin's. But she added the government can't use the integrity regime as a cover for industrial policy of preserving certain companies and jobs.

"They'll have to be careful about how they do it," Quaid said in an interview. "Once you've acknowledged that sometimes you need to bend the rules, I guess it's a question of how far you can bend them."

The measure, if adopted, would represent just the latest federal effort to build flexibility into the process of punishing corporate wrongdoers.

Summer 2015 changes to the integrity regime allowed SNC-Lavalin to sign an administrative agreement with the government that has allowed it to continue to receive federal business. The company stressed at the time that it had made significant improvements in ethics and compliance.

What would a 10-year ban on federal contracts actually mean for SNC-Lavalin?