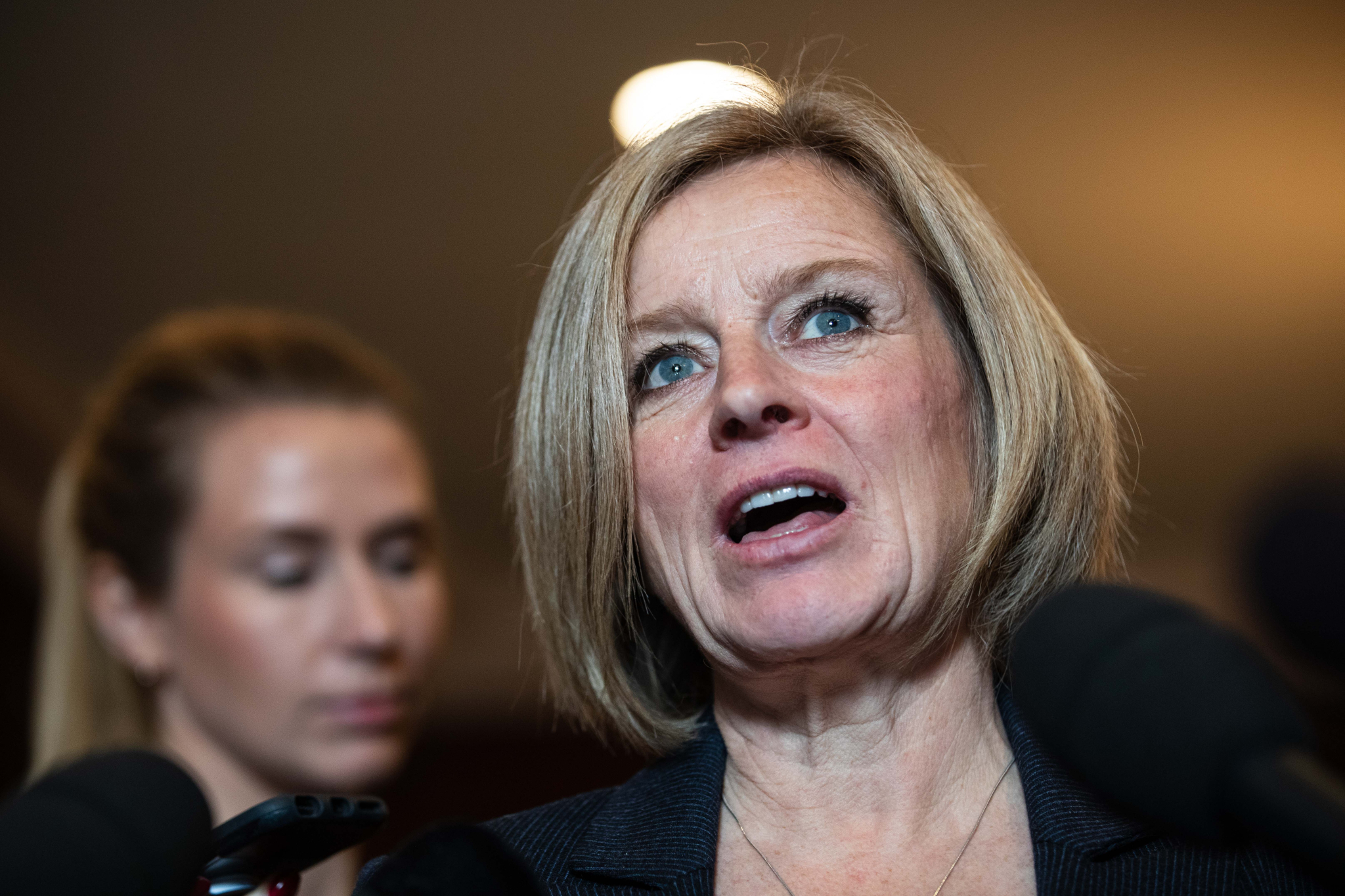 Alberta's NDP government is planning a new auction for renewable energy capacity that is aiming to move it closer to its 2030 target of getting 30 per cent of its electricity supply from wind, solar and other green sources.

The government announced plans on Tuesday to add another 400 megawatts of renewable electricity capacity to its energy mix by way of an auction that mandates that the winning project or projects benefit Indigenous communities.

The auction will be the fourth auction of renewable electricity capacity as the oil-rich province creeps closer to its 2030 target, the government said in a statement. Currently about 10 per cent of Alberta’s electricity generation comes from renewable sources, the statement added.

That includes 6.7 per cent from wind and 3.2 per cent from hydro. Solar is a much smaller player, while coal still accounts for almost half of the market, data provided by the provincial government showed. Pricing for renewable and non-emitting alternatives are now at least comparable and in some cases cheaper than fossil fuel sources in Alberta, research shows.

At least 1,500 megawatts of the additional green capacity will be developed in partnership with Indigenous communities, which is enough to power 700,000 homes.

Guy Lonechild, the chief executive of First Nations Power Authority, said he commended the government “for taking the meaningful action necessary to create jobs and attract new investment that fosters relationships between Indigenous communities and industry."

The government said it had directed the Alberta Electric System Operator (AESO) to prepare for the auction, with further details expected in mid-2019.

The program aims to bring in $10 billion in private investment and ensure Alberta has 5,000 megawatts (MW) of green generation capacity by 2030, although industry experts suggest less than half of that investment would go into the provincial economy.

A study the Canadian Wind Energy Association (CanWEA) commissioned assumed that the likely outcome of the renewable electricity auction series, which make low cost a priority, would mean 4,500MW of the total additional capacity would come from wind and the remaining 500MW from solar.

The assumption that consulting firm Delphi Group made on CanWEA’s behalf that wind projects would account for 90 per cent of the total additional capacity meant that by 2030, they would have spent $8.3 billion to get that 4500MW up and running.

But of that total wind power investment, much of the initial upfront cost is to buy turbines and blades, said Evan Wilson, the regional director of the industry group, which represents companies from startups to multinational corporations across the wind energy supply chain who are participating in Canada’s electricity markets.

Those are massive pieces of machinery made by companies from elsewhere in Canada, the United States, and worldwide, he said.

Of the total wind industry investment to build projects in Alberta, the CanWEA/Delphi assessment (PDF) calculated that $3.6 billion would go to companies in Alberta.

There are just under 1,500 MW of operating wind capacity in Alberta, Wilson said.

Technically, the province's definition of renewable energy follows that of federal agencies including Natural Resources Canada, which includes moving water (otherwise known as hydro), heat from the earth (geothermal), and sustainable biomass, a certified system that generally involves energy generated from the burning of wood chips. So far, only wind projects have won contracts in the first three Alberta auctions.

Wind and solar are growing

The CanWEA/Delphi research from 2017 calculated that it cost around $175 million to build 100MW of new wind power capacity, and that $113 million of that would go to equipment, while the remainder covered transport, materials, labour, environmental assessments and other costs.

Wilson said the auction process had enabled price discovery which shows how competitively priced wind and solar projects are in Alberta, adding that he expects solar to win some of the program's contracts as its costs also fall.

The government said on Feb. 15 that a solar electricity contract to supply more than half of the Alberta government's needs would be delivered at an average price of 4.8 cents per kilowatt hour (kW-h, or $48.05 per MW-h at up to 146,431 megawatt hours (MW-h) of electricity per year).

The government had previously said it planned to bring on five more renewable energy projects by mid-2021, with an average weighted price of 3.9 cents per kilowatt hour. That is just above the record low price of 3.7 cents set when the inaugural program launched last year with 600 megawatts worth of projects, and compares to a 2016 Ontario procurement that had a weighted average price of 8.5 cents per kilowatt-hour.

The historic average price of electricity from all sources of generation in Alberta from 2002-2018 was 7.3 cents per kilowatt hour, the government said.

The governing New Democrats of Premier Rachel Notley are girding for an upcoming spring election against United Conservative Party Leader Jason Kenney, who has questioned the degree to which humans are causing climate change and argued that the province should be doing more to promote and support its oil and gas industry. The Notley government is touting its Made-in-Alberta plan, which it says charts an independent course for the province that supports that existing industry while preparing for success in the low-carbon economy.

Environment Minister Shannon Phillips said the government's renewable electricity program was responding to calls from "investors, power companies, and communities" for investor certainty. It also responds to questions from Indigenous communities, leaders, and business interests who want to know how many megawatts are in play.

She said Alberta is "absolutely" on track to hit its 2030 target, with its electricity system operator having identified how to add extra megawatts as coal-fired generation is phased out, and a range of alternatives including natural gas and wind filling the void.

Phillips said that the fourth round will drop a condition from an earlier round requiring 25 per cent Indigenous equity participation in a project after hearing from Indigenous communities that it was not always possible.

"Some cannot quite make the 25 per cent equity contribution, so we want to make sure to be flexible and responsive" to that feedback, she said. The government also wanted to ensure that communities that have a lot of land and renewables opportunities on reserve but face other hurdles such as lack of transmission or distribution assets get support, she said.

"We're not saying a specific equity amount, as we did in round two," she said. "What we are saying is it will require an Indigenous benefit component, and we're going to work that out with the communities in consultation as we put those new megawatts on the system."

Phillips said that because Alberta has renewable sources of energy that are cheaper and can be developed privately, benefits can be spread to landowners such as southern Alberta farmers and municipalities, not just large power generators.