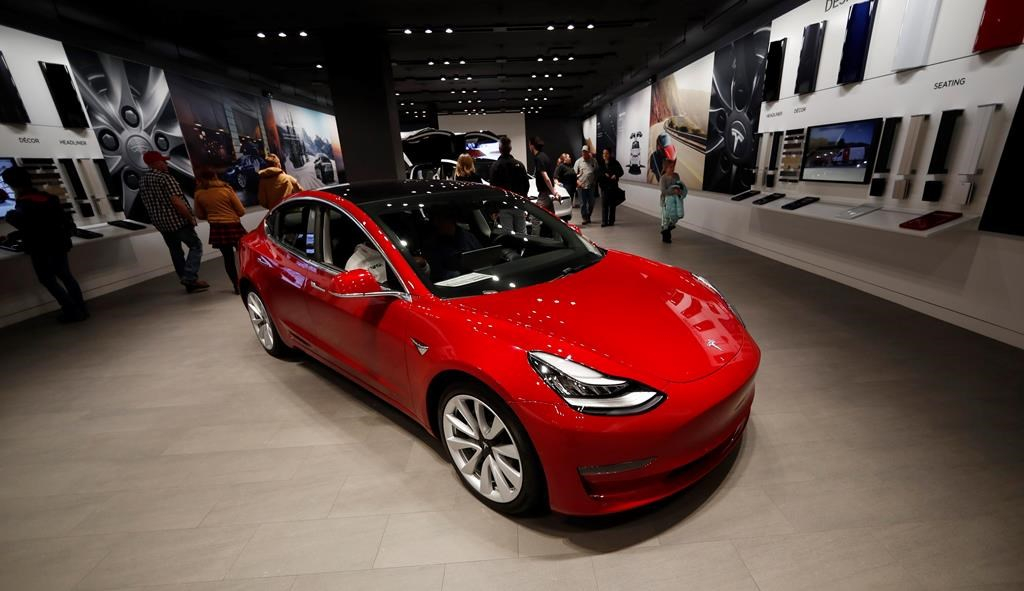 In this Feb. 9, 2019, file photograph, buyers look over a Model 3 in a Tesla store in Cherry Creek Mall in Denver. File photo by The Associated Press/David Zalubowski
Previous story
Next story

Tesla is shifting all of its sales from stores to the internet, saying the move is needed to cut costs so it can sell the mass-market Model 3 for a starting price of US$35,000.

The Palo Alto, California, company announced the change Thursday and said it's now taking orders for the US$35,000 car, which CEO Elon Musk has said is essential to Tesla's survival.

Musk also backed off of earlier guidance that the company would be profitable in all future quarters. Because of the moves, it will lose money in the first quarter and "likely" be profitable in the second, he said.

The electric-car and solar-panel company will close many of its stores, but leave some open as galleries or "information centres" in high-traffic areas. Musk didn't give a number of stores that will be closed or employees who will be laid off. "That isn't today's topic," he said.

He said the decision to close stores was hard, but is right for the future of the company.

The company started taking orders for the Model 3 in March of 2016, but until now hasn't been able to cut costs enough to sell them for US$35,000 and make a profit. The cheapest one that could be ordered until Thursday started at US$42,900.

The company also pledged to make test drives easier, allowing buyers to return a car within seven days or 1,000 miles (1,600 kilometres) for a full refund.

"Quite literally, you could buy a Tesla, drive several hundred miles for a weekend road trip with friends and then return it for free," the company said, adding that it is confident people will like the car enough to keep it.

The online sales shift, Tesla said, will let it lower all vehicle prices by 6 per cent on average.

The news was announced after the markets closed on Thursday. Shares of Tesla fell 3 per cent in after-hours trading.