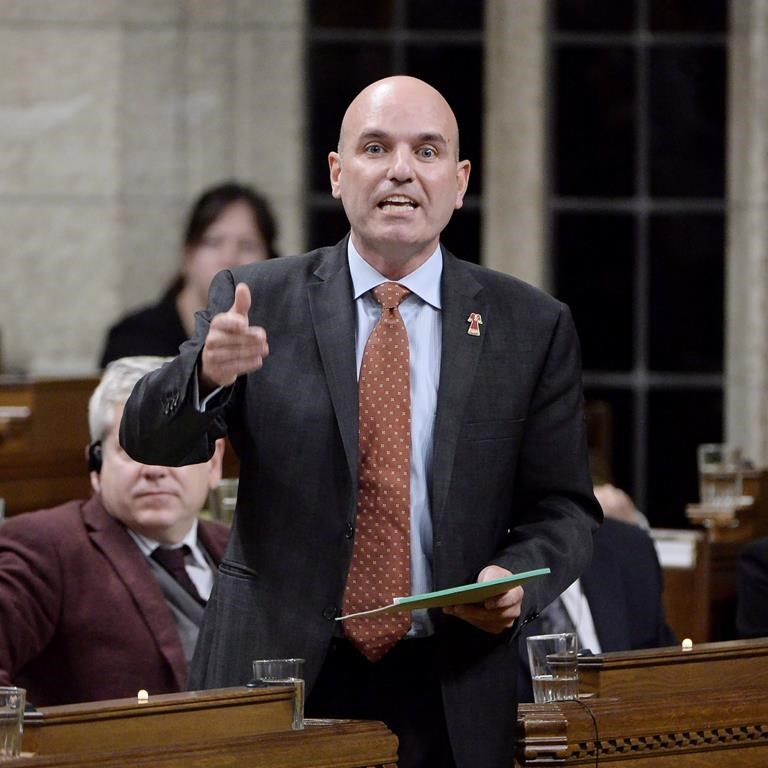 NDP MP Nathan Cullen speaks during question period in the House of Commons on Parliament Hill, in Ottawa on Tuesday, Oct. 16, 2018. File photo by The Canadian Press/Adrian Wyld
Previous story
Next story

Nathan Cullen, one of the NDP's best known and most effective MPs, is calling it quits.

"It sounds glib, but it's the best answer I've had today: It's time. Fifteen years, five elections, a leadership race, 2.5 million miles flown, half a million kilometres in the car," Cullen said in a phone interview from his home in Smithers, B.C.

"I always wanted to do this work to my best and full ability and if I ever started to feel the hint that I wasn't giving the place what it deserves, then I should leave, I should let somebody else do it."

"Increasingly, I just felt like I couldn't make both things sustainable."

Representing the sprawling, remote riding of Skeena-Bulkley Valley made finding work-life balance more difficult for Cullen than for many other MPs. He joked that the life of MPs from remote ridings needs to be counted in "dog years" — one year for them is like three years for an MP from Central Canada.

"My riding is bigger than Poland, it's a third of the province of British Columbia," he said, adding it's more than a full-time job just travelling to every corner of the riding.

Moreover, when the House of Commons is sitting, he spends 30 to 40 hours a week travelling between Ottawa and the riding.

Cullen's announcement comes days after NDP Leader Jagmeet Singh won his own seat in the House of Commons in a B.C. byelection.

Had Singh lost Monday's byelection, Cullen would have come under heavy pressure to run for leader — pressure he said he'd have easily resisted. He put off announcing his decision to retire until after the byelection so that Singh could have "a clear, clean shot at the byelection without any distractions ... without pundits saying the party's falling apart."

Two other New Democrat MPs in the province have already resigned their seats — Kennedy Stewart, who is now Vancouver's mayor, and Sheila Malcolmson, who is now an MLA. Former party leader Tom Mulcair also gave up his Montreal seat, which was captured by the Liberals in a byelection Monday.

Despite the exodus, Cullen said he's optimistic about the party's chances in the coming election.

"I really do think there's nothing but opportunities for us to be an unapologetically progressive party with an authentic leader."