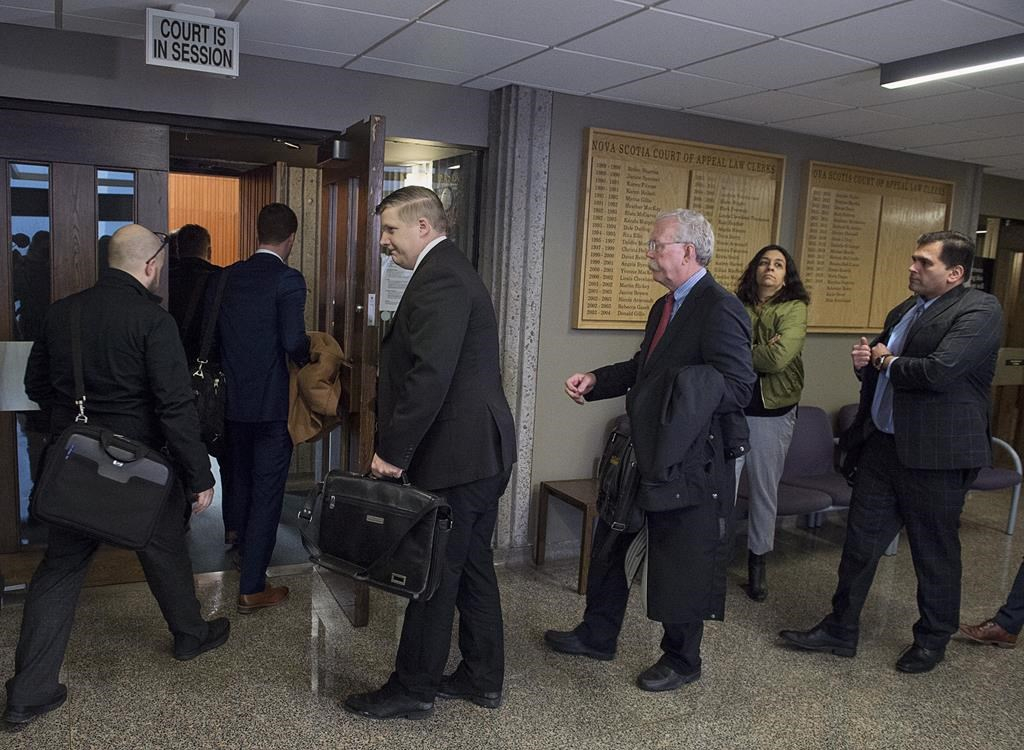 Interested parties attend Nova Scotia Supreme Court as Canada's largest cryptocurrency exchange seeks creditor protection in the wake of the sudden death of its founder and chief executive in Dec., in Halifax on Feb. 5, 2019. Photo by The Canadian Press
Previous story

The high-profile search for $190 million in missing cryptocurrency owed to users of the beleaguered QuadrigaCX trading platform has turned up a small amount of digital assets, but the intrigue surrounding the case deepened Friday as investigators pointed to a series of transactions they can't explain.

A report released late Friday by court-appointed monitor Ernst and Young, which is overseeing the creditor protection process for the insolvent trading platform, offered few answers for the firm's users — owed nearly $260 million in cash and crypto-coins.

The monitor's third report indicated six so-called cold wallets used to store digital assets offline have been found, but all of them are empty.

The report said there have been no deposits since April in five of those wallets — besides one recent inadvertent transfer — while a sixth wallet appears to have been used more recently, the report said.

The monitor said QuadrigaCX and its affiliated companies were unable to explain why the cold wallets haven't been used in several months.

"The applicants have been unable to identify a reason why Quadriga may have stopped using the identified bitcoin cold wallets for deposits in April 2018," George Kinsman, senior vice-president with Ernst and Young, said in the report.

"However, the monitor and management will continue to review the Quadriga database to obtain further information."

Meanwhile, the monitor confirmed it had also became aware of three other potential cold wallets, but they were also empty.

The monitor also found 14 user accounts on the QuadrigaCX platform that were "created outside the normal process," using a number of aliases.

More importantly, the accounts were created internally "without a corresponding customers and used to trade on the Quadriga platform," the monitor reported.

"The monitor was further advised that deposits into certain of the ... accounts may have been artificially created and subsequently used for trading on the Quadriga platform."

Transaction data indicates there was a significant volume of activity associated with these accounts, including withdrawals of cryptocurrency to wallet addresses not associated with Quadriga, the report says.

The monitor said it remains unclear how the accounts were used and whether the recipients of the withdrawals can be identified.

Meanwhile, the monitor has been trying to secure data from the trading platform that includes information about account balances and transactions. That information is stored in the cloud with Amazon Web Services Inc. (AWS), but the monitor has not been able to gain access to that data because the contract was in the name of the company's late co-founder, Gerald Cotten.

"AWS has indicated that it is unable to provide the monitor with access to the AWS account to permit a copy of the data ... to be secured," the monitor said, adding that consent from Cotten's widow, Jennifer Robertson, was not enough for Amazon.

As a result, the monitor plans to ask Nova Scotia Supreme Court Justice Michael Wood to step in.

The hunt for cryptocurrency has included reaching out to 14 crypto-exchanges where QuadrigaCX or Cotten may have set up accounts.

Four of those exchanges responded to the monitor, but only one confirmed it was holding a minimal amount of cryptocurrency on behalf of the insolvent company. Those digital assets were eventually transferred to the monitor.

The monitor confirmed that with the successful deposit of several bank drafts into its disbursement account, Ernst and Young now has access to $24.7 million in cash — most of that money from a third-party processor known as Costodian Inc.

Another $5.8 million tied up in other bank drafts will be recovered once a corporate entity is restored to handle the transaction, the report says.

As well, the monitor has been seeking money from 10 of Quadriga's payment processors, but has managed to recover only $5,000 so far.

The court order on Feb. 5 followed Cotten's sudden death in India on Dec. 9.

The Ontario native launched Quadriga in Vancouver, B.C., in 2013, and ran his virtual business from a home north of Halifax.

Lawyer says QuadrigaCX is out of money: 'We don't have anything'