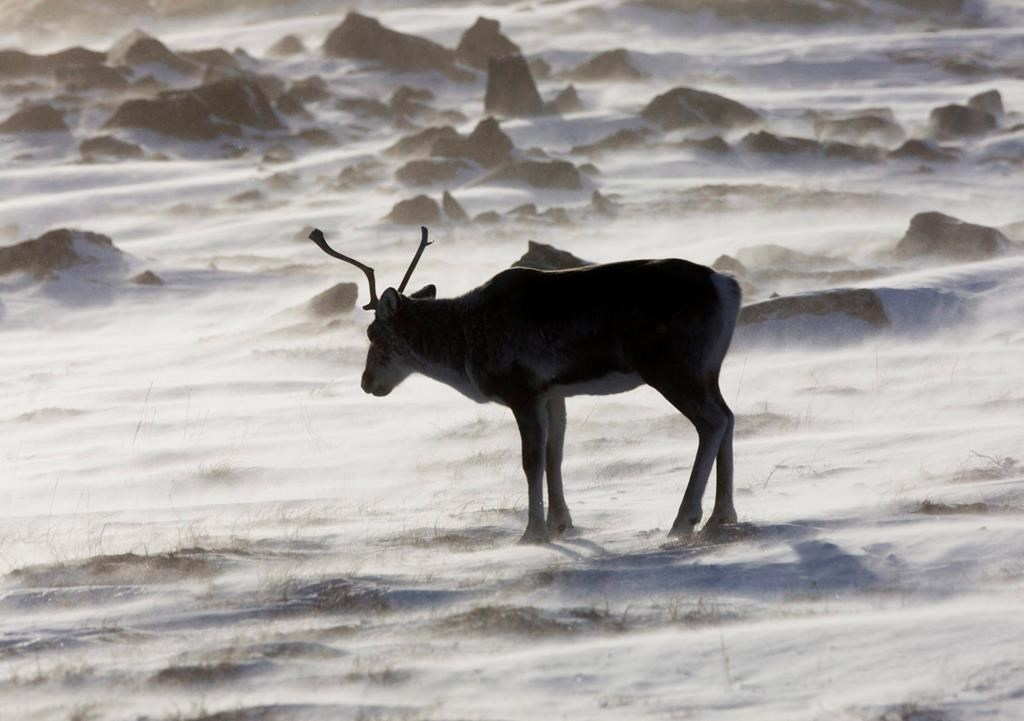 A caribou roams the tundra in the Nunavut on Wednesday, March 25, 2009. File photo by The Canadian Press/Nathan Denette
Previous story

A new bar will soon be set on what counts as sustainable forestry, holding potential implications for the future of the woodland caribou and of the forestry industry itself.

After years of debate, the Canadian division of the Forest Stewardship Council hopes to have its updated forest management standards approved by its international body in the coming weeks to set an example for lawmakers and companies.

"This new national standard is ahead of any current forest industry laws in the country," said Francois Dufresne, president of FSC Canada.

"It is innovation. We're talking about solutions that never existed before, and we're ahead of the curve."

The proposed standard will set what forestry companies have to do to get a stamp of approval from the FSC, which customers like Rona Inc. and Lululemon Athletica then use to show environmental credentials. It's one of several certification programs companies voluntarily choose to sign on to and be audited against as a way of verifying sustainability claims.

There are significant complications, however, in efforts to add more stringent standards. The forestry industry argues there are a wide range of factors that have contributed to caribou population declines with no easy answers, while also warning of job impacts if habitat protections are too restrictive.

If the FSC standards are too strict, companies may choose to get a stamp of approval from the two other programs in Canada.

Among the many updates, the new FSC standards have specific rules and criteria around preserving woodland caribou, which Dufresne believes to be the first time a species has been singled out for protection under FSC standards.

The caribou standards will aim to match federal species protection guidelines, but also have flexibility built in to allow industrial activities and respecting the rights of Indigenous people, he said.

About 50 million hectares of forests are FSC certified in Canada, mostly in Ontario and Quebec, while the Canadian Standards Association and the Sustainable Forestry Initiative make up the rest of the 170 million certified hectares in the country.

The SFI and CSA standards tend to match provincial standards of conservation, which don't incorporate some of the more stringent protections such as factoring in cumulative disturbances on the land such as road building, said Justina Ray, president and senior scientist at the Wildlife Conservation Society Canada.

"We'd see those other systems as a lot weaker and a lot more beholden to industry interests."

He said the new FSC standards, which will also adopt requirements on free, prior and informed consent from Indigenous groups, provide an opportunity for industry players to stand out.

"There's a real opportunity there for industry to get ahead of the curve, and to demonstrate in practice the responsibility of their operations on the ground by moving ahead with the tools this system provides."

The push for new caribou standards come as calls to protect threatened herds grow louder as habitat fragmentation and other factors put pressure on populations.

Last month, a coalition of groups filed a lawsuit to try and force the federal government to act on protecting caribou herds in Alberta under the Species at Risk Act, after a federal finding that the province wasn't doing enough. The latest assessment of woodland caribou suggests 81 per cent of Canada's herds are in decline.

"It should have happened yesterday."

Ray co-authored a report in 2010 at FSC's request on how it should update its caribou standards, and sees great potential for updates to finally move forward.

"I do believe it is a groundbreaking initiative."

Some forestry companies have, however, already moved away from FSC standards amid debates on policies and requirements.

Resolute Forest Products committed in 2010 to having 80 per cent of its forests certified by FSC by 2015, but the number currently stands at about 35 per cent.

The company, which has had heated clashes with Greenpeace over forestry policies, maintains that its forests are 100 per cent certified by SFI, and still accounts for 15 per cent of FSC-certified forests in Canada.

Several forest industry members, including Resolute, declined to comment on the new FSC standards until the final wording is approved.

Dufresne said the FSC is quite sensitive to industry concerns and will use a gradual approach to roll in the new standards and indicator criteria.

"We've been consensus building for five years because of that reality...we're trying to embed enough flexibility while maintaining the overarching objective of the indicator."

He said that there is a risk that the FSC could lose clients, but said there's also a necessity to go ahead with the higher standards.

"We've lost half of our biodiversity in the Canadian wildlife, especially in the forest in one generation, the forest is fragmented in many cases in the country, many landscapes, and therefore there's an imperative in terms of indicators demanded by civil society. "