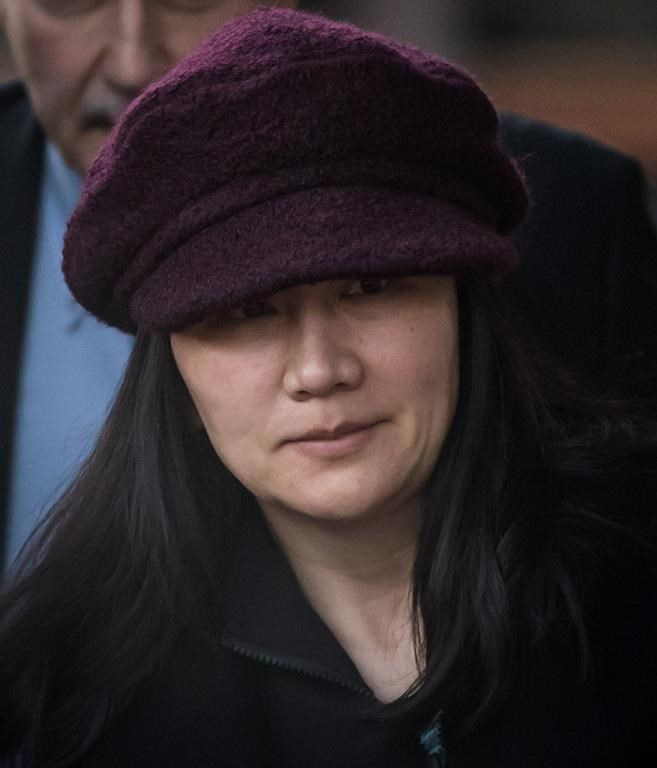 Huawei chief financial officer Meng Wanzhou leaves her home to attend a court appearance regarding her bail conditions, in Vancouver, on Jan. 29, 2019. File photo by The Canadian Press/Darryl Dyck
Previous story
Next story

The executive was arrested in December at Vancouver's airport at the request of U.S. authorities and Canada announced last week it intends to proceed with the extradition case.

The U.S. Department of Justice has laid out 13 criminal counts of conspiracy, fraud and obstruction against Huawei and Meng, who is the daughter of company founder Ren Zhengfei.

Both Meng and the company have denied any wrongdoing and the case has set off a diplomatic furor, with China's embassy calling it a "political persecution" against a Chinese high-tech enterprise.

One of Canada's largest grain processors has been blocked from exporting canola to China, and two Canadians detained by Beijing were accused of spying in a recent state media report.

Last week, Meng filed a lawsuit against members of the Canadian Border Services Agency, the RCMP and federal government, accusing officers of violating