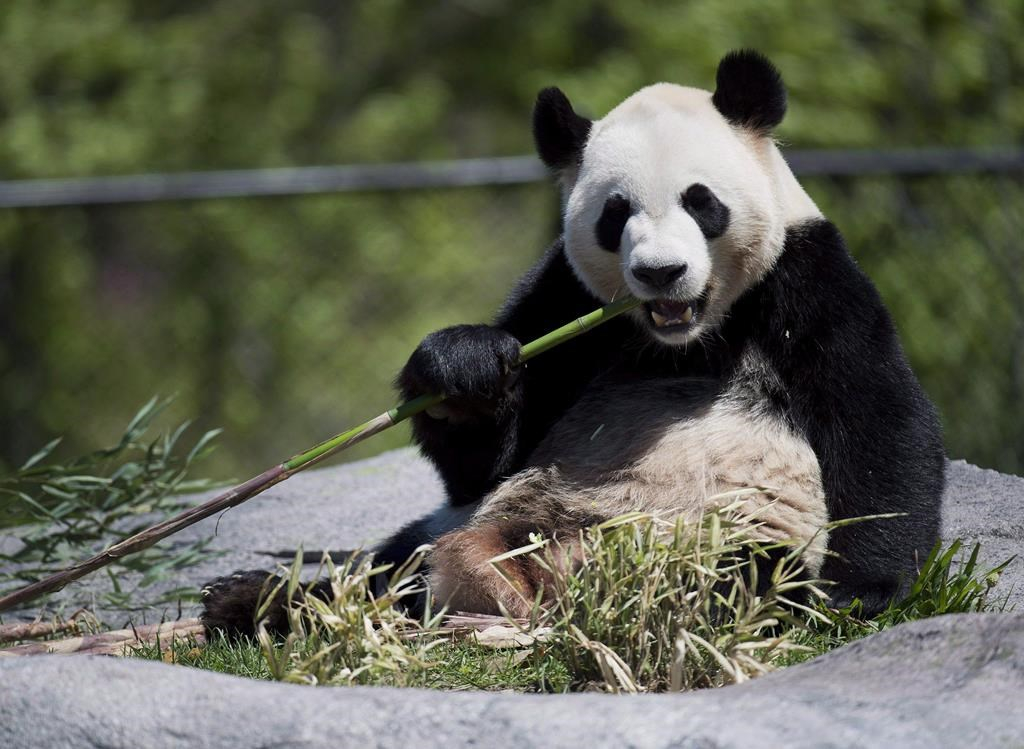 The Calgary Zoo is hoping to hear the pitter patter of little pandas.

The zoo says it will attempt to breed giant pandas Er Shun and Da Mao in the coming weeks, but artificial insemination will be required as the pair have proven incompatible.

Members of the zoo's animal care and veterinary teams will begin monitoring Er Shun’s hormone levels under the guidance of a panda reproductive specialist from China.

"Female pandas only ovulate for three days out of the year so it's a very small window we have to capture," Colleen Baird, a zoo spokeswoman said Wednesday.

"We will inseminate her two to three times."

Er Shun gave birth to cubs Jia Panpan and Jia Yueyue in October 2015 at the Toronto Zoo. The trio as well as Da Mao, the cubs' biological father, were relocated to the Calgary Zoo last March.

The pandas are on loan from China as part of a 10-year-agreement between the two zoos and the Chinese government.

Since their arrival in Calgary it has been panda-monium.

In January, the zoo estimated the bears had attracted 1.48 million visitors. By that time the zoo had sold 100,000 annual memberships and saw an average of 4,065 visitors every day.

Baird says if the zoo’s attempts to impregnate Er Shun prove successful and the fertilized egg successfully implants, cubs would likely arrive in about four months.

According to the zoo, there are fewer than 1,800 giant pandas left in the wild. (CTV Calgary, The Canadian Press)

During this week from hell, enjoy some good news about pandas