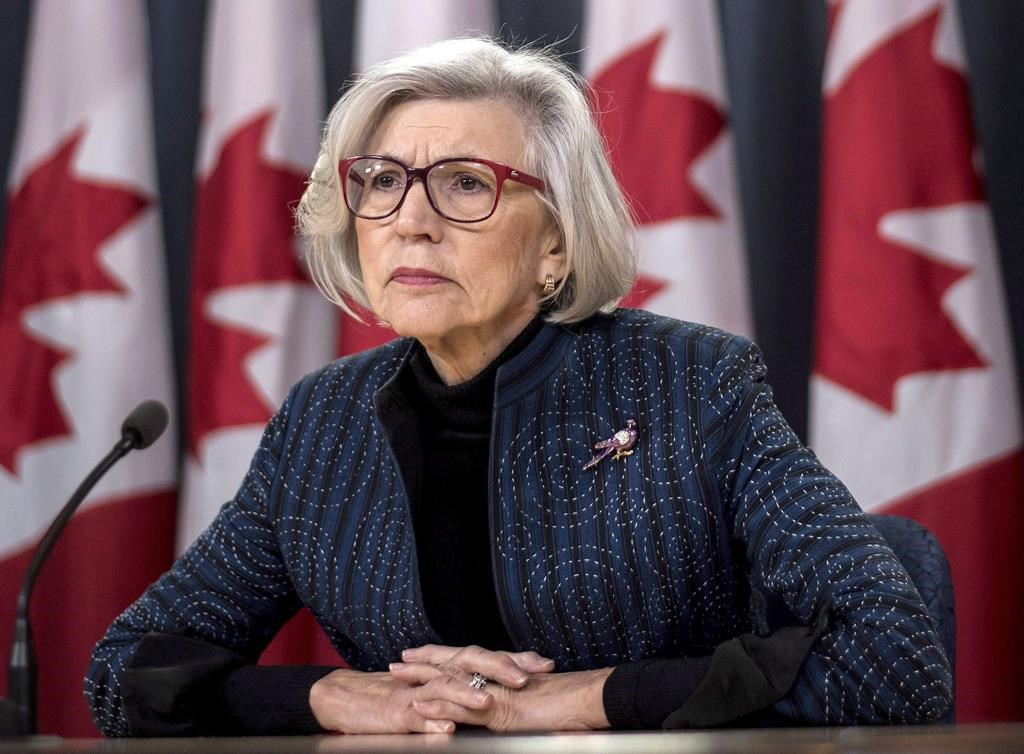 Former Chief Justice of the Supreme Court of Canada Beverley McLachlin listens to a question during a news conference, in Ottawa on Friday, Dec. 15, 2017. File photo by The Canadian Press/Justin Tang
Previous story

Premier John Horgan says the appointment of a retired Supreme Court of Canada chief justice to investigate allegations of spending abuses at British Columbia's legislature ensures the probe will be thorough and won't conflict with an ongoing police investigation.

The legislature unanimously ratified Beverley McLachlin's appointment Thursday to conduct an independent investigation of allegations facing clerk Craig James and sergeant-at-arms Gary Lenz. The legislature's top two administrative officials have been suspended with pay since November after legislature members learned of the police investigation and the appointment of two special prosecutors.

NDP house leader Mike Farnworth told the legislature McLachlin will be appointed "as special investigator to conduct a confidential, impartial and independent investigation."

The NDP government highlighted restoring trust in the legislature as one of its goals in a throne speech last month.

The all-party legislature management committee, which oversees the operations and financial management of the house, recently voted to conduct an independent fact-finding probe led by a top legal official. The three party house leaders are on the committee and Speaker Darryl Plecas serves as its chairman.

"It gives me confidence ... that we have someone of very high calibre who understands the law and will not run afoul of the criminal investigation that's underway," Horgan said at a news conference. "I'm more comfortable knowing that Beverley McLachlin is overseeing this than if it was left to just the members of the legislature, the LAMC members, to do it."

Neither the RCMP nor the special prosecutors have confirmed a criminal investigation is being conducted in the matter.

Plecas alleged in a report released in January that Lenz and James engaged in inappropriate spending on personal items and foreign trips. The report also alleged inappropriate vacation pay outs and retirement allowances.

Lenz and James, who could not be reached for comment Thursday, deny any wrongdoing and filed written responses that outline how their expenses were approved. In those responses, they said the Speaker's report harmed their reputations.

McLachlin will examine if the clerk and sergeant-at-arms improperly and knowingly received improper pay outs of vacation pay, improperly claimed and received retirement allowances, and improperly made purchases of a personal nature and filed expense claims to the legislature. She will also investigate if Lenz and James improperly removed legislature assets and property, and improperly used legislature property "beyond an incidental or reasonable work-related purpose."

Farnworth said McLachlin's report will be made public.

Beverly McLaughlin represents the best of Alberta....B.C. apparantly does know how to pick and choose. We look forward to her report.