Wilson-Raybould could have effected change in Indigenous Services: leaders 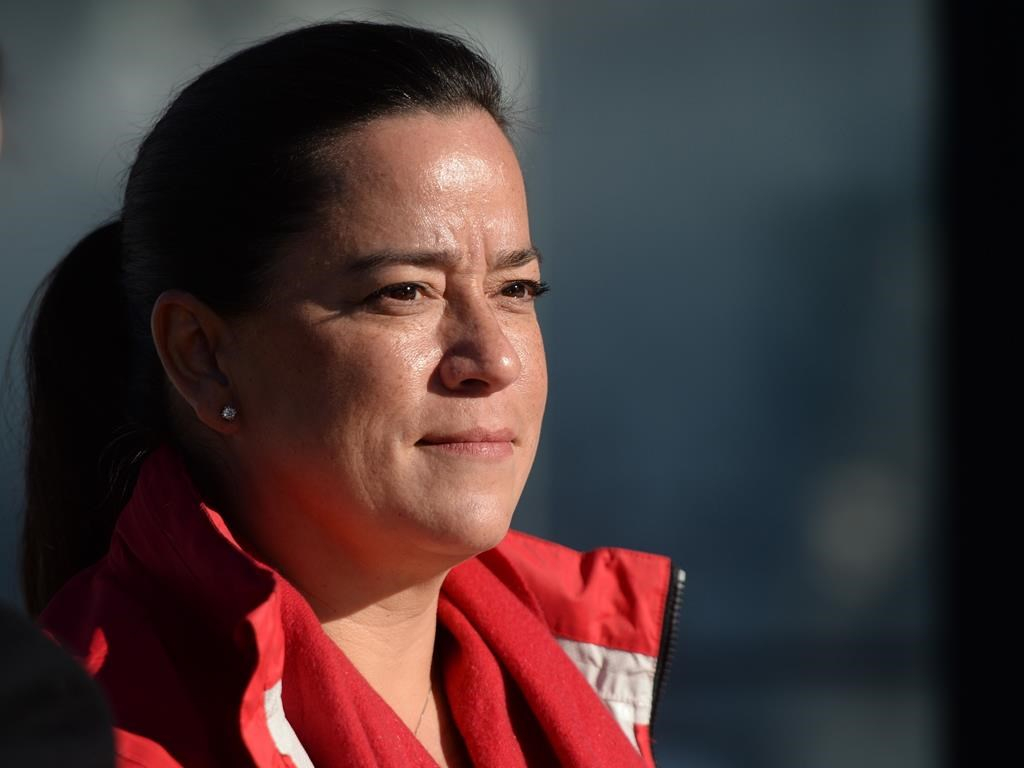 Jody Wilson-Raybould would have brought a wealth of experience to the Indigenous services portfolio, including first-hand knowledge from the world of First Nations politics, some Indigenous leaders said Thursday as they questioned her decision to decline the cabinet post.

One of Prime Minister Justin Trudeau's former top aides told a Commons committee Wednesday that Wilson-Raybould was offered the recently created post of minister of Indigenous services as part of a January shuffle.

She refused, citing her long-standing opposition to the Indian Act, which grants the federal government control over a number of areas, including wills, property and First Nations band administration.

Heather Bear, vice-chief of the Federation of Sovereign Indigenous Nations, which includes 74 First Nations in Saskatchewan, said she wonders if it would have been a positive step for the former justice minister to fill the role.

"I would have welcomed her presence there in order to fix what we know is wrong with the system," she said. "I do question whether or not it would have been wise for her to occupy that space and maybe come up with some solutions, but it is a difficult situation."

The Trudeau Liberals have been adamant about moving beyond the Indian Act, although exactly what that should look like is subject to debate.

The fundamental issues First Nations have with the 1876 statute is that it is seen as paternalistic and a tool of assimilation, but protections in the act create hurdles to reforms.

Wilson-Raybould, who did not respond to media inquiries Thursday, has in the past made clear her disdain for the Indian Act, which she has said is a significant barrier to First Nations developing economies on reserve land and engaging with off-reserve industries and businesses.

Manitoba Metis Federation President David Chartrand said it was hypocritical for Wilson-Raybould to turn down the Indigenous Services position because the Justice Department is responsible for the "choke hold" on First Nations, Metis and Inuit rights.

It was "amazing" for Wilson-Raybould to be offered the opportunity as an Indigenous person, he added, noting she would have brought valuable experience to the table, including from her time as the B.C. regional chief for the Assembly of First Nations.

"Imagine now we have a First Nation leader, who is a lawyer, who is a regional chief, a prosecutor to actually now lead that file? Wow," he said. "You couldn't ask for a better picture."

Last week, Wilson-Raybould told the Commons justice committee she believed she was moved out of her role as justice minister because she didn't provide the Quebec engineering giant SNC-Lavalin a remediation agreement — a kind of plea deal for companies to avoid criminal prosecution — following what she called sustained pressure from the Prime Minister's Office over a period of four months to politically intervene in the case.

Butts insisted to the same committee on Wednesday that SNC-Lavalin didn't play a role in what was supposed to be a simple and tidy shuffle, prompted by former Treasury Board president Scott Brison's retirement from politics.

Butts told the committee a breakdown of trust happened after Wilson-Raybould rejected an offer to take the Indigenous-services portfolio and, in her mind, become the person administering the Indian Act.

"I should have known that and had we had more time to think of the cabinet shuffle, I probably would have realized it," Butts said.

Butts said he advised Trudeau that the prime minister couldn't have a minister vetoing reassignment because it would have set a precedent.

He also said he and Wilson-Raybould corresponded many times after that, adding he became "deeply concerned" about comments she was making.

"I knew from those exchanges that trust had broken down between our office and the minister," Butts said. "I tried to counter her apprehensions with repeated, and believe me, honest efforts. In the end, I was unable to do so and here we are today."

On Thursday, Trudeau apologized for the "erosion" in trust, noting he should have been aware of the breakdown. He stopped short of apologizing to Wilson-Raybould.