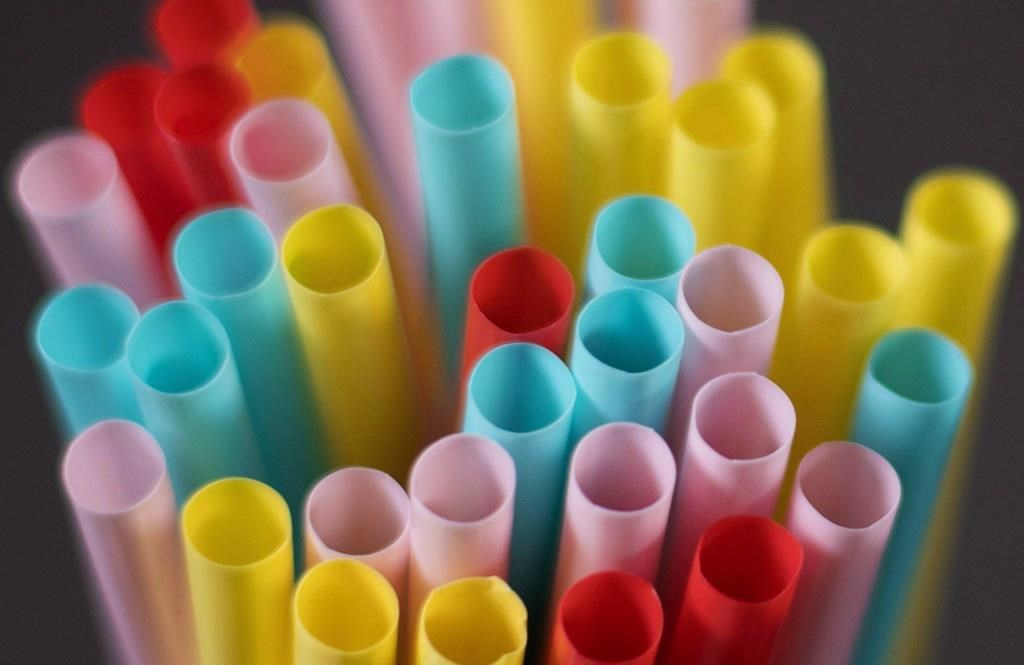 Ontario is weighing a ban on single-use plastics as part of a broader strategy to send less waste to landfills.

Nearly a tonne of waste per person in Ontario is generated each year, and the rate at which that waste is diverted away from landfills — through recycling and composting, for example — has stalled around 30 per cent for the past 15 years.

The government recently released a discussion paper on reducing litter and waste, and is asking the public and stakeholders for input on how to best address the problem. One question it asks is if a ban on single-use plastics would be effective in reducing plastic waste.

Environment Minister Rod Phillips said it's an area in which the government is very open.

"We are essentially saying, 'How would those work and how have they worked in other jurisdictions effectively?'" Phillips said in an interview. "Plastics is a priority from our government's point of view, particularly as we talk about plastics in our waterways."

It is estimated that almost 10,000 tonnes of plastic debris enter the Great Lakes each year, the discussion paper says. Ontario's Blue Box recycling program recovers only about 28 per cent of all plastic packaging in the province.

Ontario is also mulling a deposit return system for plastic bottles and other containers, as is used in some other provinces.

Keith Brooks, programs director at Environmental Defence, said a lot of single-use plastics are unnecessary, pointing to straws and cutlery.

"I think that a ban on some single-use plastics makes a lot of sense," he said. "I think it's a good conversation to have."

But by asking such a broad question, the answer may be no, Brooks cautioned, saying he didn't think any jurisdiction has banned all single-use plastics.

"There's some single-use plastics that are probably going to continue to be used...for food safety reasons and things like that," he said, though he would push for them to be standardized and recyclable.

The Canadian Plastics Industry Association did not respond to requests for comment.

Many of the ideas in the discussion paper are similar or the same as what the previous Liberal government had proposed in its waste diversion plan, such as banning food waste from landfills and making producers responsible for waste instead of municipalities.

"We're looking to the experience of other jurisdictions, including British Columbia, but outside of just Canada, where the fact that producers of the waste need to be conscious of the fact that they're going to have accountability for it throughout its life," Phillips said. "What we believe is that causes is them to take a more responsible look at the nature of packaging."

Shifting the Blue Box recycling program to full producer responsibility is estimated to save municipalities over $125 million annually, the discussion paper says.

The province is also looking at harmonizing what is accepted in Blue Boxes, as different municipalities accept different materials. Ontario may also allow more items to be collected through Blue Box programs, including small and large appliances, power tools, rechargeable batteries, fluorescent bulbs and clothing.

Comments are being accepted until April 20.

The NDP said Sunday it would be proposing a bill to be revealed this week to ban single-use, throw away plastics.

"Our landfills are piled high with plastic garbage that will take generations to degrade, and our lakes and rivers — and waters around the world — are polluted with straws, bags and wrappers," said Ian Arthur, the party's environment critic.

By Associated Press | News, US News, Politics | September 21st 2018
Reports from the Race to a Safer World

It’s time to put pressure on

It’s time to put pressure on the packaging of consumer goods. I am horrified when I look down aisles packed with goods envelopped in plastic and contained in oversized boxes. Think of pills, for example. Often their boxes could be miniscule instead of the almost-empty, air-filled ones they are in. And who decided to package frozen fruit and vegetables in the thick plastic bags with zip-up tops instead of the much thinner bags of just a few years ago? So much more can be done!