Tina Fontaine asked for help before she died, was told no beds: advocate 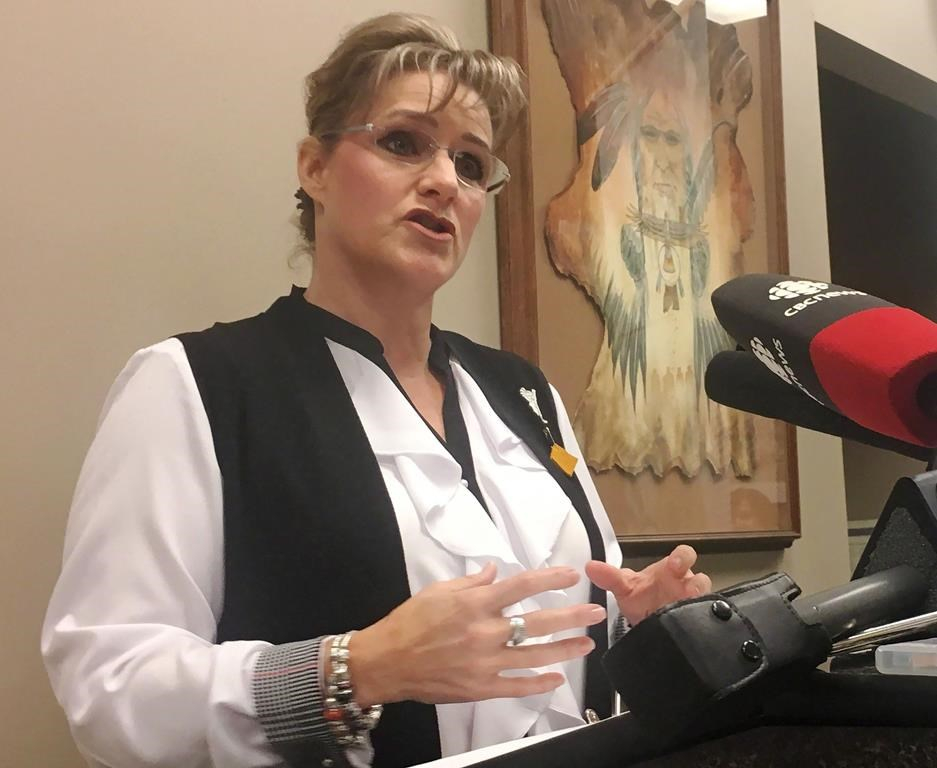 Manitoba's children's advocate says an Indigenous teenager was left homeless and at risk for sexual exploitation when she asked social agencies for help in the weeks before she was found dead in a river but was told there were no beds available.

Daphne Penrose says in her report into the death of Tina Fontaine that social workers and others ignored multiple signs that the girl was spiralling downward and in danger.

"Throughout her life, Tina needed an array of services from child and family, education, victim support, law enforcement, health and mental-health systems," Penrose says in her report.

"At times, particularly in the final months of her life, some of these services were unavailable, not easily accessible, or ill-co-ordinated, which did not provide the supports and interventions she desperately needed."

Penrose makes five recommendations which she says need to be acted on quickly because children and youth are still facing the same risks and getting the same responses as Tina.

Tina, who was 15, left her home on the Sagkeeng First Nation to reconnect with her birth mother in Winnipeg in June 2014.

The girl's body was found wrapped in a duvet cover and weighed down by rocks in the Red River that August.

Her death renewed calls for a national inquiry into missing and murdered Indigenous women and inspired volunteer groups such as the Bear Clan Patrol, an Indigenous-led neighbourhood watch group.

Tina had interactions with child-welfare workers, police and the health system before she died.

"Every system failed her," Thelma Favel, Tina's great-aunt who raised her, said after Penrose delivered the report to her before it was officially released.

Favel said she is happy with the recommendations and family members hope the report will make sure no other children fall through the cracks.

Tina spent much of her childhood living with Favel at Sagkeeng. But the teen struggled to cope after her father, Eugene Fontaine, was beaten to death in 2011. Two men pleaded guilty to manslaughter and victim impact statements at their trial described how Tina drifted away from the people closest to her after his death.

Favel remembers Tina as kind, funny and healthy, weighing more than 100 pounds when she left for the city. Her body weighed 72 pounds when it was pulled from the river.

During the second-degree murder trial for Raymond Cormier — the man acquitted last year in Tina's death — court heard details about what happened in the weeks after she left the First Nation.

The teenager was placed in a hotel by social workers. She spent time on the streets and was sexually exploited. She was also treated at a hospital, interacted with police and called 911.

There were still many questions after the trial about what happened to Tina. Favel said some of those answers can be found in the advocate's report.

"I'm just happy the way they wrote it, that they investigated and everything."