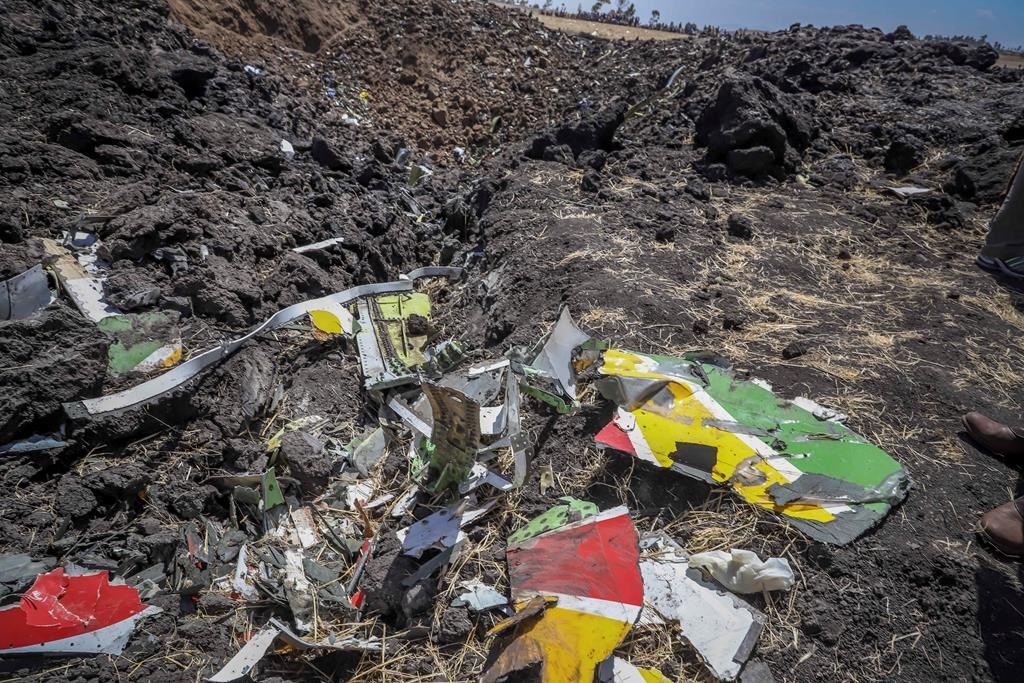 Wreckage lies at the scene of an Ethiopian Airlines flight that crashed shortly after takeoff at Hejere near Bishoftu, or Debre Zeit, some 50 kilometers (31 miles) south of Addis Ababa, in Ethiopia on Mar. 10, 2019. File photo by The Associated Press
Previous story
Next story

The Prime Minister's Office says Justin Trudeau spoke today with his Kenyan counterpart about the Ethiopian Airlines crash that killed everyone on board, including 18 Canadians.

Among the passengers were 32 Kenyans.

Trudeau's office says the prime minister and Kenyan President Uhuru Kenyatta traded condolences to friends and families of the victims.

Trudeau also told Kenyatta that Canada is offering support for the ongoing investigation into what downed the airplane minutes after takeoff from Addis Ababa.

The brief readout of the call from Trudeau's office says the two agreed to share information on the investigation going forward.

Sunday's crash of a Boeing 737 Max 8 airplane killed all 157 passenger and crew on board the Nairobi-bound flight, and prompted a number of countries, including China and the United Kingdom, to ground the jets pending an investigation.

Transport Minister says he would board a Boeing 737 despite crash