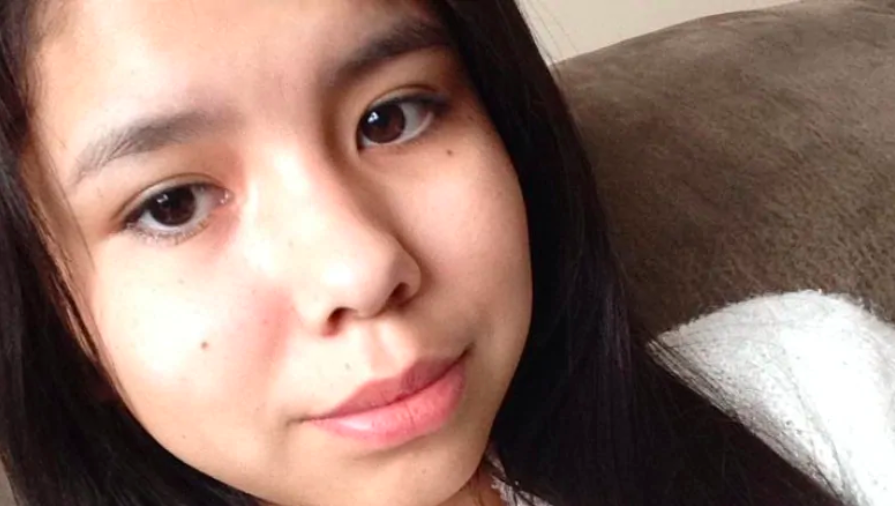 Photo of Tina Fontaine from Facebook. Fontaine was found dead on August 10, 2014, in Winnipeg's Red River, and her death sparked outrage over systems that failed to prevent Fontaine's abuse and murder.
Previous story
Next story

Five years ago, an Indigenous girl named Tina Fontaine left a downtown Winnipeg hotel and never returned. She had been placed in the hotel—alone—by the Government of Manitoba’s Child and Family Services agency as a ward of the state.

Nine days later, her ravaged body—wrapped in a duvet and weighted down by 25 pounds of rocks—was dragged out of the city’s enigmatic Red River.

No one has ever been convicted of the murder.

This week, the Manitoba Advocate for Children and Youth released her report on the agency’s investigation into Tina’s life and brutal death.

The report lists a litany of systemic failures while the young girl repeatedly confronted treacherous circumstances. Her life story reads like a screenplay that culminates in tragic predictability.

Throughout all of this, she encountered institutions incapable—unwilling perhaps?—of mounting a response to a child clearly in crisis.

Her last days horribly encapsulate this failure. In the 12 hours before she was last seen, she was in contact with the police, the health care system, and the child welfare system.

In the end, none of these encounters prevented her from meeting the fate that far too many Indigenous women and girls have endured in this country.

Naturally, none of this is new. Or unusual.

In a 2013 statement, the RCMP tallied 1,181 cases of missing or murdered Indigenous women and girls. There are more now.

More broadly, report after report has fastidiously laid out the deficiencies and outright delinquencies the Canadian state has overseen and perpetrated in its dealings with Indigenous peoples.

The Royal Commission on Aboriginal Peoples, penned a quarter century ago, called for sweeping changes.

In seeming anticipation of the apparently inevitable, Manitoba’s child advocate and author of this week’s report, Daphne Penrose, stated that “children are going to die” if changes are not made.

She’s right, of course. In the five years since Tina’s death, they have died. And they will continue to do so.

This is an awful point to make. But it is undeniable.

And it should be a reckoning. A blight on our community—our country—that cannot be overstated.

There are a constellation of factors which tear at the social fabric, ultimately leading to women and girls of this land ending up in shallow graves.

It is the logical and predictable evolution of the colonization process and its pernicious effects. Which results in a profoundly distorted society.

The examples abound. For instance, Indigenous people—both men and women—are between six and seven times more likely to be murdered in their lifetime in Canada.

On over 80 per cent of reserves the median income falls below the poverty line, with 25 per cent securing income that does not approximate half of the poverty line cut-off. Six in 10 Indigenous children live in poverty.

And then there is the legacy of residential schools and the attempt to systematically destroy Indigeneity. The lasting impacts are as pervasive as they are devastating.

Are these facts that we don’t already know?

The system failed Tina seemingly at every turn. That her life was torn away so early in horrific circumstances is awful enough.

What should be even more searing, however, are the innumerable other Tinas out there who must resolutely navigate down pernicious paths with little in the way of protection or support.

“Vulnerability” is not the right word to depict the perilous state in which the likes of Tina find themselves. To be described as “vulnerable” negates the violent siege faced by many Indigenous people in our society today.

To understand Tina’s world is to understand that colonization is warfare. And Tina is a casualty.

If we are genuinely seeking reconciliation, Canadians need to acknowledge this fundamental principle.

And that the work—in earnest—has not yet begun.