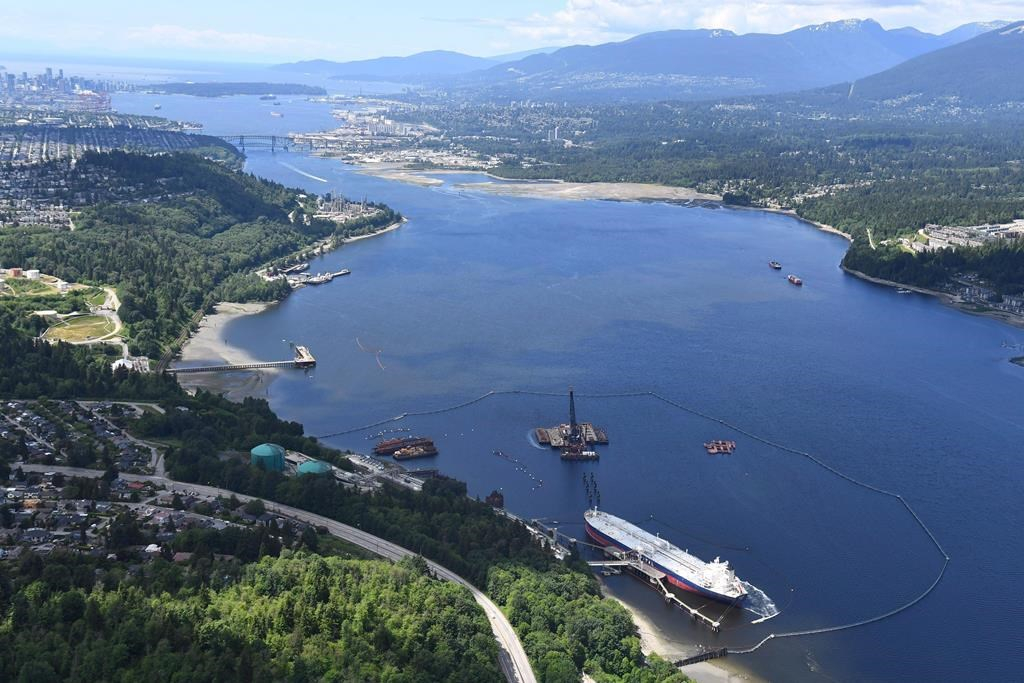 Environmental legislation proposed by British Columbia is specifically targeting the Trans Mountain pipeline expansion and would significantly impact it, the project's proponent and the Alberta government argued Thursday.

The B.C. Court of Appeal is hearing a reference case that asks whether the government can amend its Environmental Management Act to create a permitting system for companies that increase the amount of heavy oil they're transporting through the province.

B.C. has argued the amendments are not intended to block the project, but rather to protect the environment from spills and require companies to pay for damages. However, a lawyer for Trans Mountain ULC said B.C.'s motive is to obstruct the expansion.

Killoran said Trans Mountain, which has operated since 1953 and runs from the Edmonton area to Metro Vancouver, is the only pipeline that transports liquid petroleum to the West Coast and the only pipeline to which the legislation would apply.

The proposed law presented more risk than private-sector proponent Kinder Morgan was willing to accept, prompting it to sell the pipeline to Canada for $4.5 billion last year, she said.

Since the plan to triple the pipeline's capacity was first proposed in 2013, it has been through the largest review in the National Energy Board's history, a number of court challenges and faced protesters and blockades, Killoran said.

The energy board ruled the expansion is in the public interest because the country cannot get all its available energy resources to Pacific markets, she said.

The government of Canada opposes B.C.'s proposed permitting system because it says Ottawa — not provinces — has exclusive jurisdiction over inter-provincial infrastructure.

The new rules would allow a provincial public servant with expertise in pollution management to apply conditions to permits, which B.C. says would be intended to address concerns posed by a company's proposed activities.

Peter Gall, representing the government of Alberta, said the permitting scheme is a "vague, amorphous" process that gives wide-ranging discretionary powers to a government official to do whatever he or she thinks is necessary to protect the environment.

Justice Harvey Groberman questioned why Gall would raise the motives of the legislation, given the argument that it interferes with federal jurisdiction should suffice.

Gall said the court should not ignore the "reality of the situation" — that the B.C. government is committed to stopping the project.

While in opposition, Premier John Horgan said he would use "every tool in the toolbox" to stop the expansion. The court has heard that after his minority NDP government took power in 2017, it received legal advice that it could not block the project.

Gall quoted Environment Minister George Heyman as saying that the government could not delay or obstruct the project through "anything other than even-handed consideration of permit applications."

Thomson Irvine, a lawyer for Saskatchewan, said the federal environmental assessment process is rigorous and Trans Mountain has already had to jump through many hoops.

"If at the end of the day, they get that certificate and the provincial law says, 'Oh no, we're going to put restrictions on what you can carry or how much you can carry,' that frustrates the entire purpose of the federal statute," he said.

Lax Kw'alaams lawyer Christopher Harvey said the band on B.C.'s north coast is facing dismal economic prospects and has developed a pipeline proposal that would bring oil from Alberta to a marine terminal on its territory or to a refinery in Alaska.

The proposed legislation threatens to kill that proposal, Harvey said.

"The band objects to its needs, aspirations, rights and options in its traditional territory being thwarted by legislation, such as the amendments, without any band input."

The cities of Vancouver and Burnaby, environmental group Ecojustice and the Heiltsuk Nation and the Council of the Haida Nation have delivered arguments in support of B.C.'s proposed rules.