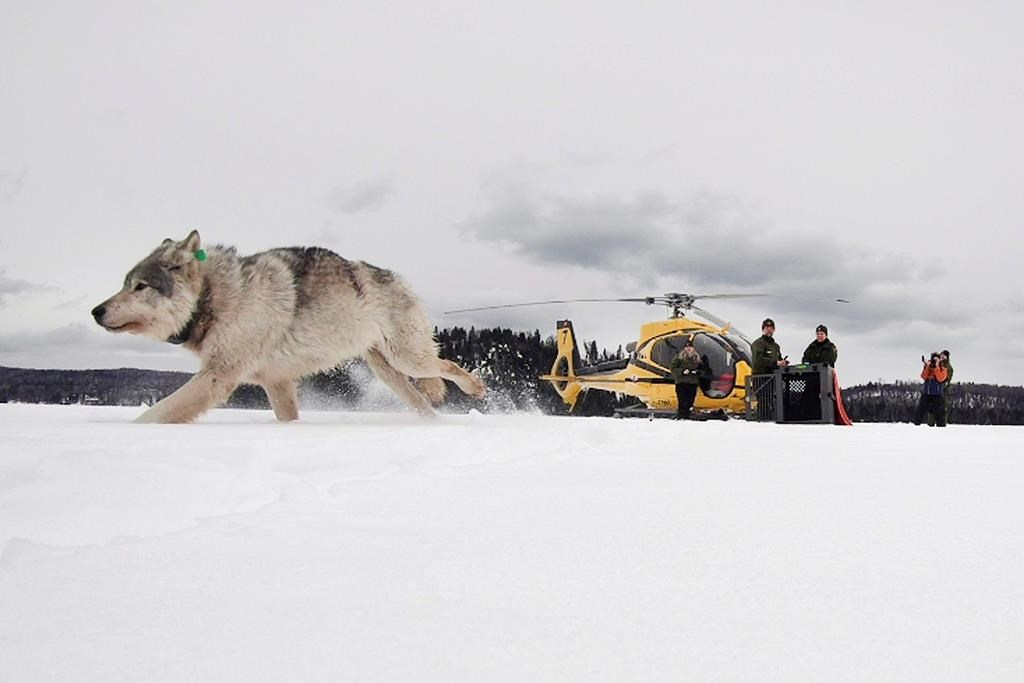 In this Feb. 28, 2019 file photo provided by the Ontario Ministry of Natural Resources and Forestry, the U.S. National Park Service and the National Parks of Lake Superior Foundation, a white wolf is released onto Isle Royale National Park in Michigan.
Previous story
Next story

A U.S.-Canadian team is preparing for another mission to relocate grey wolves to Isle Royale National Park in Michigan from a second Lake Superior island, where the predators are in danger of starvation after gobbling up a caribou herd.

The targeted pack is on Michipicoten Island on the eastern side of the lake, which was home to hundreds of caribou until ice bridges formed in recent years, enabling wolves to cross over from the mainland and feast on their helpless prey.

The Ontario Ministry of Natural Resources airlifted some of the last surviving caribou to another island last year. Before long the wolves were the ones in trouble, with only small mammals such as snowshoe hare left to eat.

Their hunting prowess makes them prime candidates for Isle Royale, where a multi-year effort is under way to rebuild a wolf population needed to keep moose numbers under control, Superintendent Phyllis Green said.

"We can use the good skills of those wolves, and this will match them with a larger island that will give them a better opportunity," Green said.

Isle Royale now has eight wolves, including six that were brought there last fall and winter from Minnesota and Ontario. Two of the newcomers were from Michipicoten Island, including the pack's alpha male.

Around six are believed to remain on Michipicoten. A crew of pilots, biologists and others will try to capture at least some and fly them to Isle Royale in the next few days, weather permitting.

Officials had said earlier this month that no additional transfers were planned until this fall or next winter, partly because of a lack of money.

But two private organizations — the National Parks of Lake Superior Foundation and the International Wolf Center — kicked off a fundraising effort, fearing the Michipicoten wolves would run out of food before then.

"They're not going to make it," said Carol Brady, spokeswoman for the foundation.

The groups have pledged $75,000 between them and have started a GoFundMe campaign to produce the remaining $25,000 needed for a four-day airlift operation. The Ontario ministry granted approval Monday, Brady said.

As they've done before, crew members will trap the wolves with net guns fired from helicopters. They'll be examined by veterinarians, and those healthy enough for movement will be taken to their new home, where there will be no shortage of prey. Isle Royale's booming moose population is believed to exceed 1,500.

"If left unchecked, moose would over-consume the island's vegetation," said Rob Schultz, executive director of the wolf centre. "Apex predators like wolves are important components of any healthy, natural ecosystems."