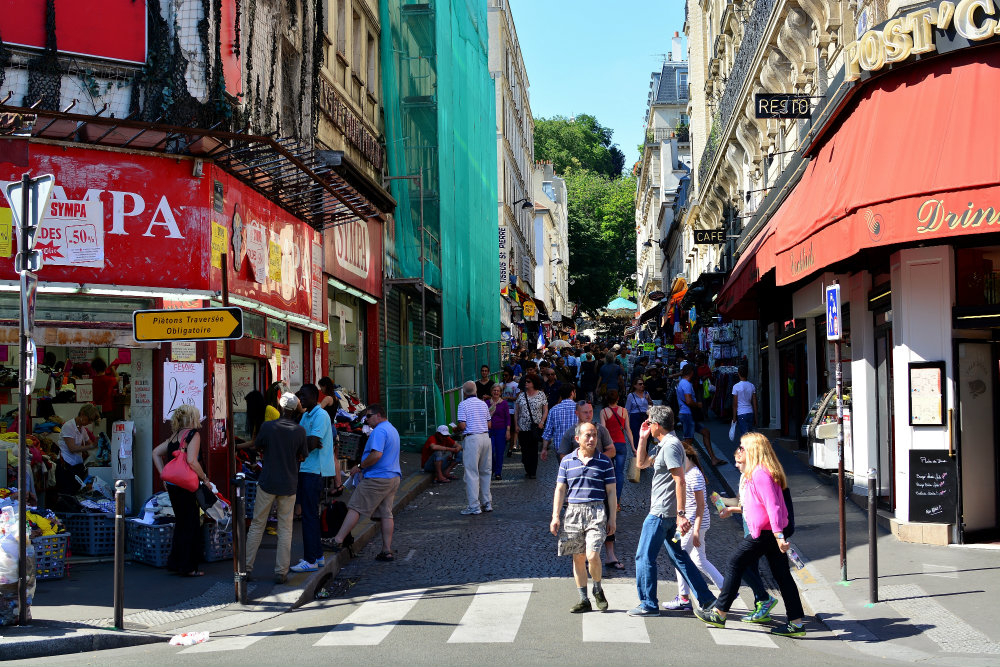 The climate emergency exploded onto the headlines in 2018, with a relentless series of disasters leading up to the UN COP 24 climate conference in December. But the people cutting climate pollution by creating delightful urban spaces on an unprecedented scale should be headline news in 2019.

I experienced some of this climate action in October, joining throngs of Paris residents enjoying warm fall days on the new linear park along the River Seine. At the time the national government of France was in court attempting to get this well-loved park turned back into the noisy, congested national highway it was previously (except during summer festivals). The court ruled in favor of year-round access and climate action while I was in Spain.

Anne Hidalgo is the Mayor of Paris and Chair of C40 Cities, a group of large city governments committed to the most ambitious goals of the Paris Agreement. “Cities have been the loudest voices calling for bold and urgent climate action, because we are conscious of the threat it poses to our citizens [...] Cities are ready to lead on the transformations necessary to secure the future that we want” said Hildago in a C40 media release.

Hildago is aiming to rapidly cut automobile traffic by 50 per cent, and has already cut traffic volumes significantly. Paris’s successes have largely been achieved by re-allocating space to transit lanes, protected bicycle lanes, pedestrianized streets and plazas, and most famously by creating linear parks along the River Seine. These actions are popular, and not just because they create nicer urban spaces and reduce local air pollution.

Until recently reducing climate pollution was seen by many as just a bonus benefit, but that seems to have changed as awareness of the climate emergency surges. In just a week a petition protesting France’s failure to take effective action gained close to two million votes, making it by far the most popular petition ever in France. And around the world, teenage students are walking out of class and taking to the streets to demand action. Taking decisive action to reduce climate pollution is now widely seen as an ethical imperative.

As car traffic disappears, so does pollution

If Hildago succeeds, she will make Paris a much more pleasant and healthy city. While trees are replacing cars in some places, Paris still has many unpleasant spaces. The famous Avenue des Champs-Élysées is still jammed with cars spewing out a toxic haze over the high-end fashion outlets. Far more than the protected bike lanes now under construction will be needed to bring delight to this traffic-choked street.

Car traffic quickly expands to fill expanded road space in urban areas. The old cliché ‘you can’t build your way out of congestion’ has been proven true over and over again. And the opposite is also true; when you make a car lane into a bus lane or replace an expressway with a linear park, traffic disappears. And traffic speeds don’t usually change much.

In her 1961 classic The Death and Life of Great American Cities, Jane Jacobs wrote about how after the road through Washington Square Park in New York was closed to make it a safer and more pleasant space "cars -- just disappeared into thin air." Traffic did not increase on the surrounding streets as many had predicted.

Over the last half century, numerous similar experiences of disappearing traffic have been documented. The latest installment was Seattle, where the Seattle Times reported “The cars just disappeared” after the Alaska Way elevated freeway, which carried 90,000 cars per day, was closed in January and the predicted traffic chaos didn’t happen.

A recent California Air Resources Board climate report says California needs to reduce per capita car travel by 25 percent in just 11 years to meet their climate targets, even with a 10-fold increase in electric car sales. Cities in Canada and other wealthy countries also need to reduce private automobile traffic at least as much. We have to make a lot of traffic disappear quickly.

Many of the measures being proposed to reduce traffic and pollution in cities can make travel faster and more reliable, and implementation can be remarkably quick. A well designed bus lane can carry ten times as many people as a lane of cars, so bus lanes can handle decades of increasing transit ridership on many routes. But in many of the cities I visited in Europe, like in Canada, buses often crawl along at walking speed in a sea of cars.

Even where transit lanes exist, they are often ineffective. In London, Paris, Madrid and other cities taxis are allowed to use most transit lanes, and there are often enough taxis to grind everything to a crawl.

One of the most interesting cities I visited in Europe is Zurich, Switzerland. I found buses and light rail vehicles stuck in traffic there, but only rarely. Instead, most of the time transit riders get dedicated lanes or streets mysteriously free of congestion. The main transit-only streets in downtown are served by frequent trams and massive double articulated battery-electric trolleybuses.

Many roads in Zurich have dedicated transit lanes, most of which are simply but clearly marked. But if you look closely, you will often see separate traffic signals for transit. Often the seemingly simple painted bus lane works well because the signals prioritize transit vehicles over other traffic, and restrict the volume of traffic entering stretches of street without transit lanes.

Zurich may have the most sophisticated transit priority and congestion management system in the world. Computers do most of the work of keeping transit riders moving smoothly, but there is also a control room where people can intervene if transit riders are being delayed.

Cities including Madrid, Spain and Oslo, Norway are prioritizing people and decarbonizing transportation in a very decisive way, by restricting the use of automobiles over substantial areas.

The Madrid Central plan is focused on reducing air pollution, and in December access by non-resident vehicles was restricted in a large area of the city center. Traffic on the central section of the Gran Vía is already down 25 per cent, even before enforcement starts. This opened up a lot of space, as people flocked to transit and traffic volumes dropped even on highways leading into the City. Much of this space will be used to expand Madrid’s already extensive network of pedestrian streets, widen sidewalks, create protected bike lanes and make room for transit lanes.

The decreased traffic also gave hope to the residents campaigning to transform the A5 expressway into an urban boulevard with crosswalks for pedestrians, dedicated transit lanes, and far fewer cars. The A5 runs from Madrid’s inner ring road, out through the suburbs, and all the way to the border with Portugal. The effect of enchanting urban spaces can radiate out from city centers to reduce climate pollution region-wide.

The New York Times recently featured Oslo as a prime example of a global trend of cities reducing the space available to automobiles to “cut down on pollution, and make streets more welcoming to bikers and pedestrians”. Oslo has eliminated over 700 on-street parking spots downtown in the last year, and is re-purposing much of the road space in the center for bicycles, pedestrians and public transit. The changes are popular, although still controversial, with improved air quality and newly pleasant spaces emerging as cars disappear.

Delightful urban environments as an antidote to depression

The climate emergency is contributing to a lot of depression, and other mental health problems. There is a desperate need to improve mental health care to deal with these symptoms, but decisive action may be the best antidote for despair.

Action to create better spaces at the municipal level has the benefit of being local – an individual or small group can make a visible difference, such as getting their municipality to approve a pedestrian priority street in their neighbourhood or downtown. But the effort is also global, in that everyone involved can celebrate the successes in communities around the planet.

Cities account for the majority of global GHG pollution, and a growing proportion of that is from transportation. Cities collaborate globally on climate action, and success or failure may determine if there will be cities at all in the future.

Experiencing more and more enjoyable public spaces in your own city, and knowing that this effective kind of climate action is going on in cities all over the world, may be one of the most effective antidotes to despair.

Are you ready to make this kind of climate action happen in your community?

Eric Doherty is a Victoria, B.C. based transportation planning consultant.