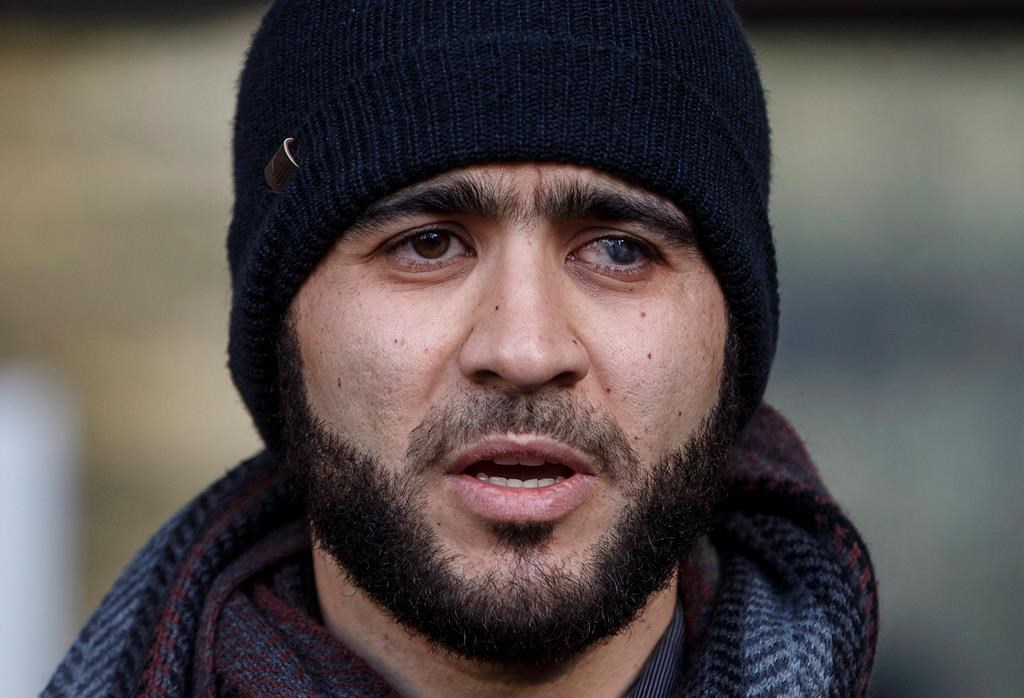 An Alberta judge is expected to rule today on whether a war crimes sentence for former Guantanamo Bay prisoner Omar Khadr should be declared expired.

The eight-year sentence imposed in 2010 would have ended last October had Khadr remained in custody.

But the clock stopped ticking when a judge freed him on bail in 2015 pending Khadr's appeal of his military conviction.

Khadr's lawyer Nathan Whitling has told an Edmonton court that Khadr has served more than seven years in custody and on bail.

The Crown has argued Khadr should serve the remainder of his sentence in the community.

Whitling says the appeal of the sentence in the United States hasn't moved forward at all and it would be unfair to use that against him.

Whitling has also argued that the military commission that sentenced Khadr has been widely discredited by legal experts.

One hurdle Khadr must overcome is proving that the Alberta court has jurisdiction.

The international treaty under which he was transferred to Canada from Guantanamo Bay could be interpreted as precluding such a review. If that view prevails, his application asks the judge to declare that part of the treaty unconstitutional.

Khadr spent years in U.S. detention at Guantanamo Bay after he was captured and accused of tossing a grenade that killed special forces soldier Christopher Speer at a militant compound in Afghanistan in 2001.

Those conditions include not having access to a Canadian passport, a ban on unsupervised communication with his sister who lives in the former Soviet republic of Georgia, and a requirement to notify his bail supervisor before leaving Alberta.

Khadr's case has ignited divisive debate among Canadians over terrorism, human rights and the rule of law since it was revealed in 2017 that the federal government settled a lawsuit filed by him for a reported $10.5 million.

The payout followed a 2010 ruling by Canada's Supreme Court that Khadr's charter rights were violated at Guantanamo and that Canadian officials contributed to that violation.

This was such good news.

This was such good news. After 19 years of custody in various conditions for a crime that no-one really knew whether he had committed I hope that he has a peaceful and healthy as possible life.
His lawyers patience and commitment are to be admired.