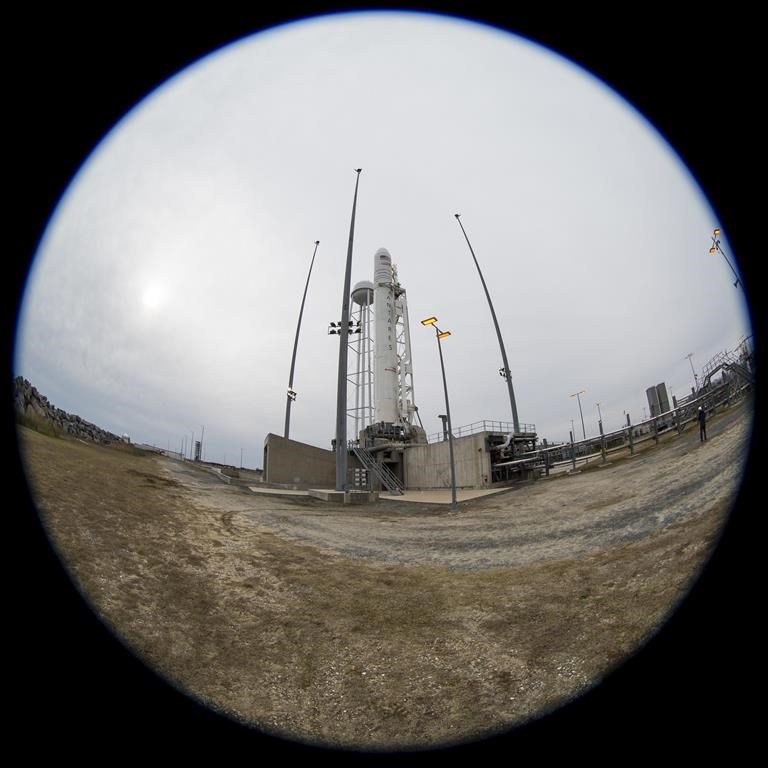 In this image taken with a circular fisheye lens, the Northrop Grumman Antares rocket, with Cygnus resupply spacecraft onboard, is seen on Pad-0A, on Wed., Nov. 14, 2018 at NASA's Wallops Flight Facility in Wallops Island, Va. File photo by Joel Kowsky/NA
Previous story
Next story

The head of a company proposing to open Canada's only commercial spaceport near the small community of Canso, N.S., says the impact of any launch failure would be relatively small.

Steve Matier said while a launch failure can happen, a lot of research and engineering goes into trying to avoid it.

"When you're analyzing a rocket, you're analyzing the trajectory, the location, and you're putting in the engineering controls and the processes, mature technology, you're nowhere near the general public and you've got a rocket with a heritage of hundreds of successful flights," he said. "...That makes it an extremely unlikely event."

That said, Matier does point out the chance of a failure is not zero.

Maritime Launch Services has filed a 475-page report with the Nova Scotia government to detail the environmental impact possible under a variety of scenarios.

The report says an explosion on the launch pad would leave a crater in the granite about 10 metres deep. It also says some trees and soil in the immediate area would also be burned.

Matier said a failure on the launch pad would be fairly self-contained, and any residual propellants would break down in a matter of hours or days.

"We have picked a place that doesn't have endangered species. It's a big piece of granite with not much else on it," he said. "The whole engineering analysis of it shows that it will be contained at the site itself. No long term environmental consequences will happen."

The nearest lake is about 700 metres from the launch pad and the report says no adverse impact is expected on water, aquatic fauna and flora in the case of an explosion at the launch pad.

The report says a failure just after launch could result in craters up to seven metres deep from the first and second stages falling back to earth, and cause some fire damage to trees and soil.

However, Matier said inflight failure would likely occur over the ocean.

"We never overfly anyone. Within five miles of the site, we're over 60,000 feet and that happens in about 105 seconds. It gets out of there fast and then is travelling down range, hundreds of kilometres high," he said.

Environment Minister Margaret Miller requested the focus report last fall after saying she didn't have enough information to make a decision on whether to approve the project.

Miller gave the company one year to provide additional information and studies.

The public can make comments on the focus report until April 19. Then it will be reviewed by the regulators.

Matier said they hope to get approval to begin site work this summer. He said major work would begin in late fall or early spring.

The company hopes to have its first launch in the fall of 2021. After that, Matier said they could have up to eight launches per year.

He said they have a number of letters of intent from satellite clients who are interested because of its location and the fact that it will be a commercial site.

"Commercial being the key," Matier said. "You're not preempted by government missions like other launch locations globally that are partially or fully funded by government."

The Cyclone rockets planned for the site could launch payloads of up to 5,000 kilograms to low earth orbit, and up to 3,350 kilograms into higher orbits.

By The Canadian Press | News, Politics | August 24th 2018
State Of The Animal