Rothmans, Benson & Hedges gets creditor protection in $15B Quebec lawsuit 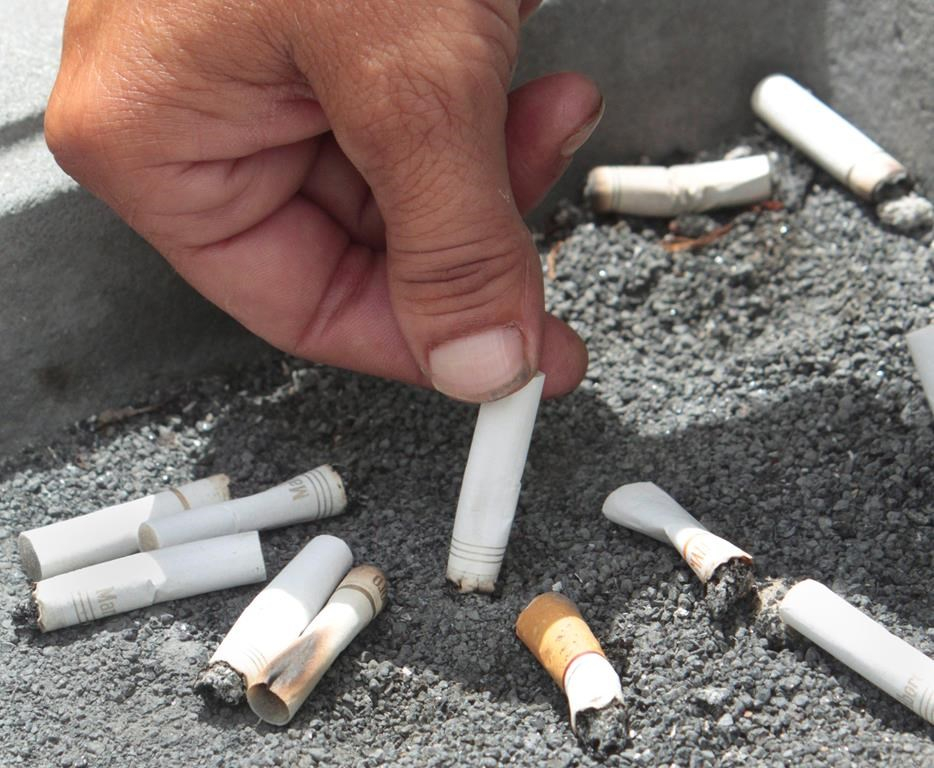 In this June 22, 2012, file photo, a smoker puts out a cigarette in Sacramento, Calif. File photo by The Associated Press/Rich Pedroncelli
Previous story

Rothmans, Benson & Hedges has become the third tobacco company to receive a temporary reprieve from compensating 100,000 Quebec smokers after securing creditor protection in an Ontario court on Friday.

The three companies lost an appeal of a landmark $15-billion class-action lawsuit in the Quebec Court of Appeal on March 1.

Rothmans, Benson & Hedges said in a statement that the Ontario Superior Court has stayed legal proceedings against all three companies until April 4-5.

The Quebec Council on Tobacco and Health led two class actions against the companies and won in 2015, when Quebec Superior Court Justice Brian Riordan ordered the companies to make payments of more than $15 billion to smokers who either fell ill or were addicted.

At the time, the ruling was believed to be the biggest class action award in Canadian history.

The tobacco company's managing director said the creditor protection could provide an opportunity for the company to resolve all the pending Canadian litigation against it.

"While RBH disputes liability in the Canadian litigation given the widespread awareness of the health risks of smoking, we are optimistic about reaching an arrangement that could resolve all pending litigation and allow RBH to focus on the future," Managing Director Peter Luongo said in a statement.

A spokesman for the Canadian Cancer Society accused the companies of seeking a "sweetheart settlement" that would allow them to avoid paying the bulk of the damages.

"The tobacco industry has engaged in decades of wrongful behaviour that has caused disease and death on a massive scale," Rob Cunningham said in a statement.

"Court judgments in Quebec have been highly critical of the tobacco industry and have ordered the companies to pay billions of dollars. Now the companies are trying to avoid paying what they have been ordered to pay."

I cannot fathom how the

I cannot fathom how the "Courts", or any logical person, could find tobacco companies "guilty" of causing desease and death. I agree that smoking was the socially acceptable norm in the 40's and 50's and also agree that it was never even whispered, then, that it may be addictive nor that it may cause lung problems. However, I smoked for 55 years non-stop. When I chose to stop, after 55 years of smoking appr. 1 pack per day, I did stop completely, without any patch or gadget assistance, and never touched tobacco again. The last thing I would do is sue someone for my choice of smoking. It also sets up my hackles when I see the "Cancer Society" encouraging the law suits; my husband recently passed away after only two sessions of chemo-so-called-therapy. The ambulance-chasers should direct their efforts in that area; I would love to see an indepth investigation of the allocation of the zillions they have amassed, and still do, towards "research". And I also believe the biggest culprit in this tobacco saga, is our very own Provincial and Federal Health Department. I get very angry when people cannot take responsibility for their own actions and blame - worse, sue - someone else for the consequences and angrier when the "Courts" approve.