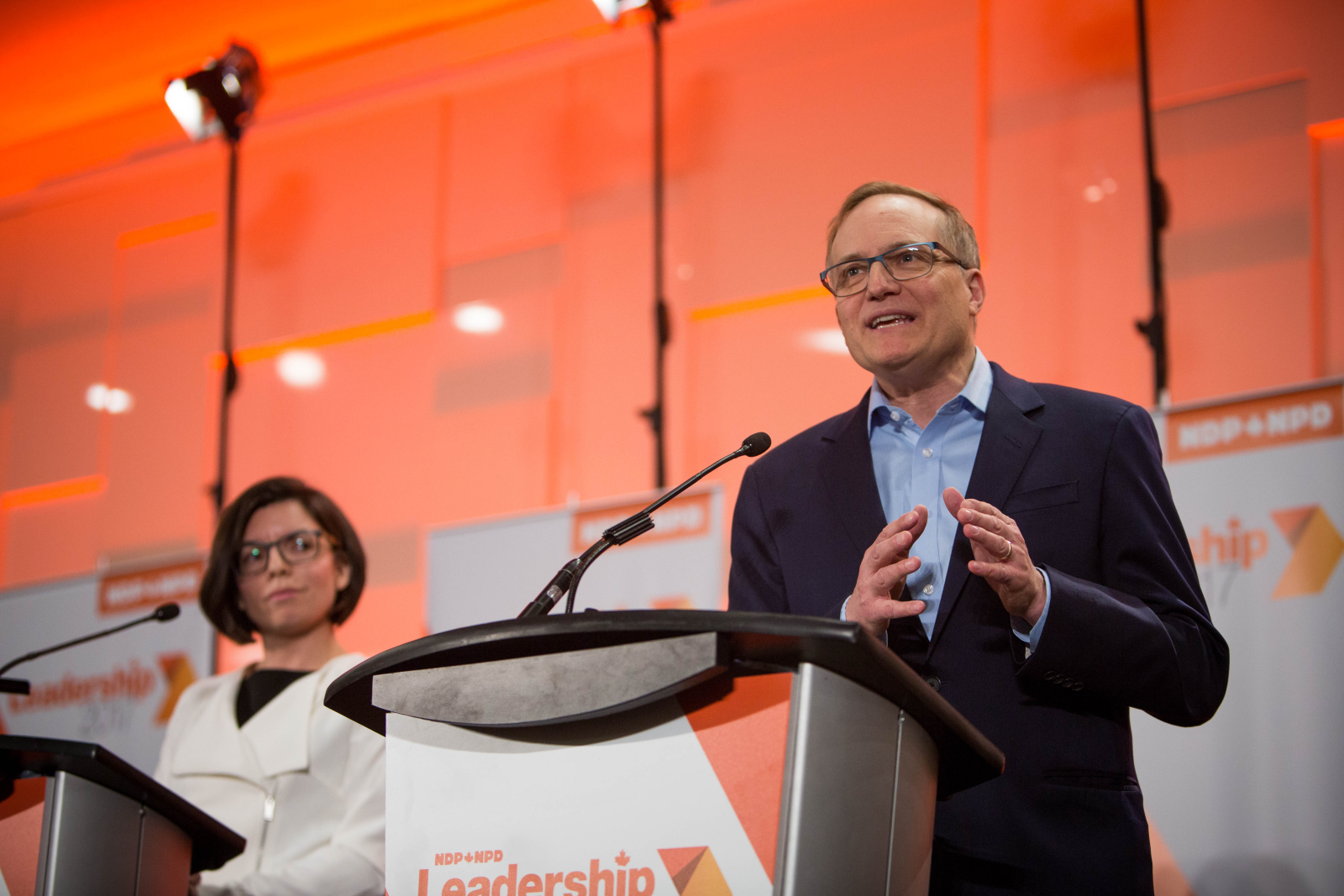 The federal New Democrats' fiscal plan for the fall election will be shaped by estimates of how much money Ottawa loses out on each year to international tax-avoidance schemes, the party's finance critic says.

Peter Julian said the party intends to focus on Canada's so-called "tax gap" to show it can finance big campaign commitments — in areas such as affordable housing and universal pharmacare — by cracking down on corporate tax avoidance, loopholes and offshore havens.

The tax gap, which one estimate said could be above $40 billion annually, is the difference between the amount of tax revenue that should have been collected in a year and what was actually brought in.

Julian said to reinforce its fiscal plan, the NDP is counting on the findings of an upcoming report from the independent parliamentary budget officer on the size of the tax gap.

"The whole issue of corporate taxation will be a stronger part of what we offer to Canadians, bolstered by the PBO report," Julian said in an interview.

"You will hear us repeating what was found in the PBO report. Whether that number is $10 billion or $15 billion or $20 billion or higher... And we will be talking about the fair tax system as a foundation for making the kind of investments that will make a difference in people's lives."

The budget from the governing Liberals fed political debate on whether or not federal governments should strive to return the books to balance as soon as possible.

The document showed the Liberals are in no hurry. Their budget, which emphasized a need to continue making investments, projected annual deficits of almost $20 billion in each of the next two years and contained no timeline to balance the books.

A few days after the budget's release, Conservative Leader Andrew Scheer told a conference that a Tory government would bring books back to balance, but he didn't say when.

The NDP has been less vocal about its pre-election fiscal vision thus far.

In the 2015 election, the NDP vowed to make major investments and still balance the budget by raising corporate taxes and cutting off tax havens.

Following the party's poor results at the ballot box, former leader Tom Mulcair later laid part of the blame on the fiscal commitment, which he said overshadowed the NDP's "social democratic economic vision."

Julian declined to say whether the New Democrats will promise balanced books again in 2019 because NDP Leader Jagmeet Singh will roll out of the party's plans over the coming months.

The NDP will renew its focus on corporate tax fairness — and he expects this time to be different.

"I think what we needed in 2015 is what we'll have in 2019 — which is the PBO report on the tax gap," Julian said. "In a sense, we're coming with far more evidence to support what we're saying about having to put in place a fair tax system."

Other political parties have shown interest that the forthcoming tax gap report could be a source of new fiscal space for election promises, said Yves Giroux, the parliamentary budget officer.

But Giroux warned any federal government would need to make considerable efforts before they can turn the tax gap estimate into a source of revenue.

"We have to be somewhat prudent because even if we come up with an estimate that's high — and I'm not saying it's the case — it's only the beginning," Giroux said in an interview.

He said after identifying how much money is escaping the public treasury, the Canada Revenue Agency "has to have the willingness to get that money."

Federal budget expected to have more wiggle room, even with weaker outlook

I believe that before the

I believe that before the balanced budget can be seriously addressed the CRA must be completely revamped, we have been hearing for years that it is broken but seemingly nothing has been done to fix it.
They go after waitresses that haven't declared their tips and leave the offshore and corporations alone.
That of course is where the money is for pharmacare, balanced books, affordable housing and all of the things that the NDP truly want to do for Canadians. They may even be able to hire people to answer the phones!