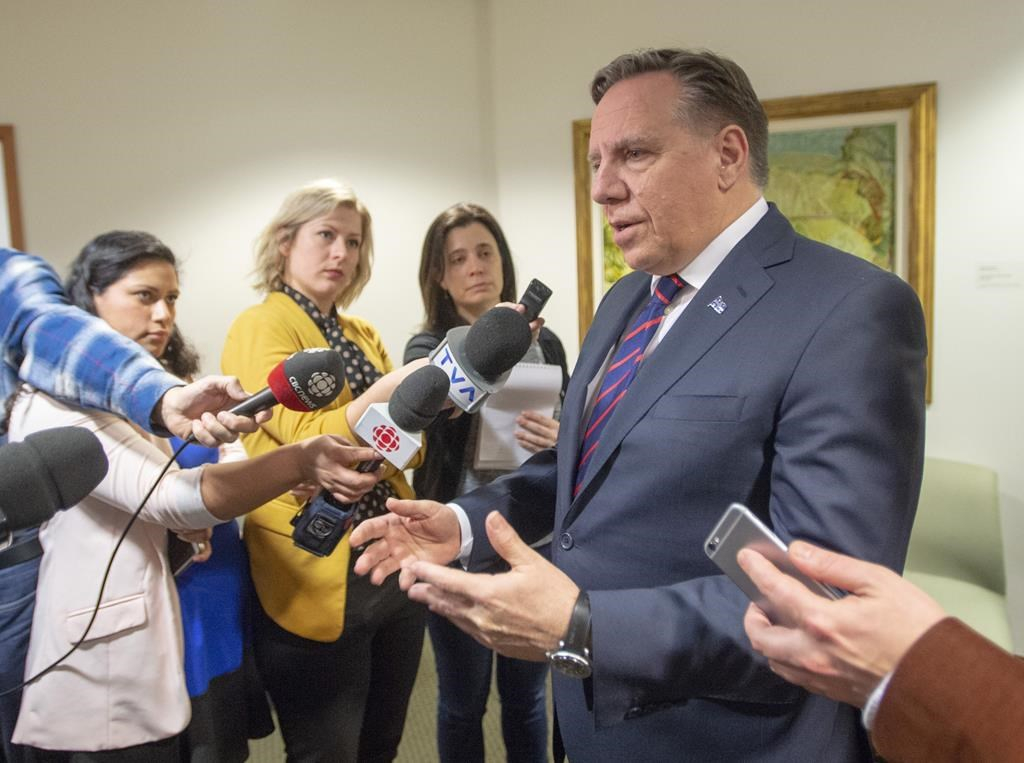 Quebec Premier Francois Legault speaks to the media on on Friday, February 15, 2019 in Montreal. File photo by The Canadain Press/Ryan Remiorz
Previous story

The Coalition Avenir Quebec government will table its secularism bill today, fulfilling an election promise to prohibit many public sector employees, including teachers, from wearing religious symbols at work.

But even before the text is made public, one school board has declared its intention to disobey a law that it says will violate the Canadian Charter of Rights and Freedoms.

Quebec Premier Francois Legault has said the legislation will target teachers, judges, police officers, prison guards and other public servants in what the government considers to be positions of authority.

Legault has signalled today's bill will pre-emptively invoke the charter's notwithstanding clause to block court challenges that invoke rights violations.

Opposition to the government's plan is growing. On Wednesday night, the English Montreal School Board adopted a motion declaring its refusal to implement legislation restricting the wearing of religious symbols.

The government counters that it won a mandate last October to introduce the legislation, which it says is supported by a majority of Quebecers. Civil rights groups and religious organizations argue the bill is primarily aimed at Muslim women who wear the hijab.

Julien Feldman, chairman of the EMSB's human resources committee, said the board has never received a complaint from a student or parent about a teacher's religious symbol.

"This proposed legislation would be contrary to the values the EMSB teaches its children, in particular, values of diversity, acceptance, tolerance and respect for individual rights and religious freedoms," Feldman said in a statement.

The board's resolution came a day after a major teachers' federation spoke out against the planned legislation and filed a lawsuit to stop government attempts to count the number of teachers who wear religious symbols.

Speaking to reporters Wednesday, Legault said the secularism bill would contain compromises, adding that his goal was to be "unifying."