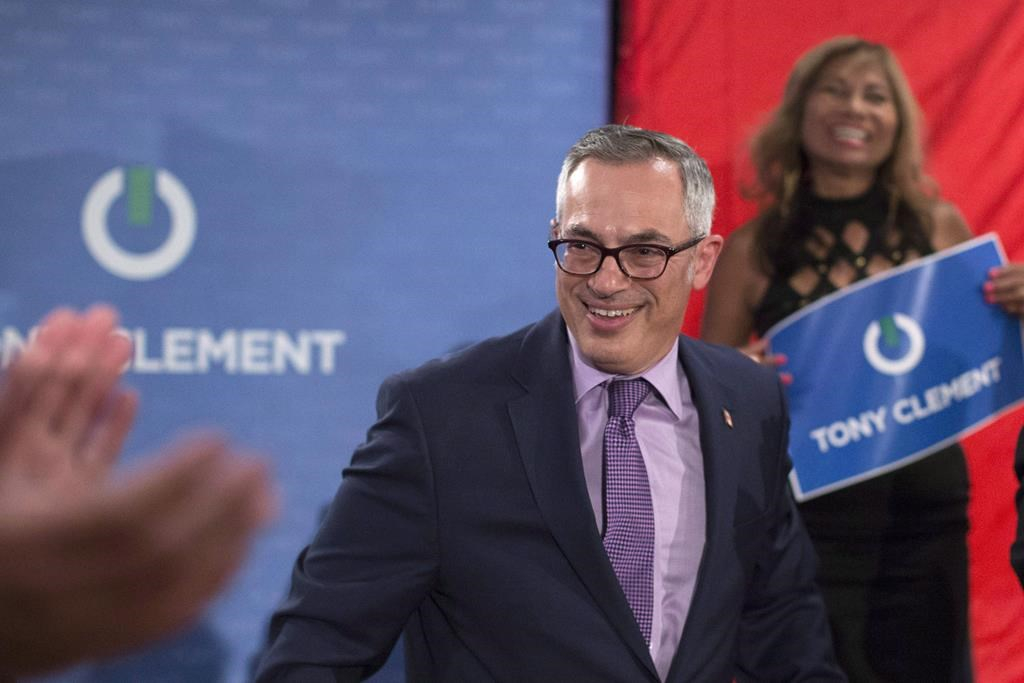 Conservative MP Tony Clement is applauded by supporters as he holds a rally in Mississauga, Ontario to announce his candidacy for the leadership of the Federal Conservative Party on July 12, 2016.File photo by The Canadian Press/Chris Young
Previous story

MP Tony Clement says he will not seek re-election, citing a desire to continue a "better lived life."

Clement was booted from the Conservative caucus after admitting to having had inappropriate online relationships with more than one woman.

In a statement Tuesday, Clement says his personal life is back on track after the "personal crisis" he says he created, but that he won't run again in Parry Sound-Muskoka.

"It’s time to move on," he said in the statement posted to his website. "This was actually not a difficult decision, and it is also the right one. I am very content with it, as is my family. "

The now-independent MP says he will complete his term.

In November, Clement asked the RCMP to investigate after he admitted to sending sexually explicit images to what he believed was a “consenting female,” but later learned was an online account being run by “foreign actors” trying to extort him for 50,000 euros.

The Ontario MP and one other alleged victim both received electronic invitations from a fake online profile that appeared to belong to a young white woman. After they sent explicit photos and videos, extortionists allegedly demanded 50,000 euros from Clement and 300,000 euros from the other victim as ransom, threatening to expose the videos to the world.

Two men in Africa’s Ivory Coast have been charged with blackmail in connection with these cases.

He was soon removed from the Conservative caucus after admitting to having had inappropriate online relationships with more than one woman. A number of women posting on social-media sites said that Clement had befriended them online, seemed to follow their activities closely, “liked” many of their photos and sometimes contacted them privately through direct messages.

In his statement, Clement reflected on his many years with the Conservative party as both a provincial and federal legislator, saying that while he has experienced highs and lows in his political life, there have been "many more highs."

He also opined on how the world of politics has changed since he was first elected to public office in 1995, calling it a life of "loneliness, anxieties and adversity," with moments of triumph and accomplishment.

"For me, despite the challenges and the obvious effects on my emotional well-being, I am convinced this has been worthwhile as my life’s work."

Clement says he will support Scheer and the Conservative party in the October federal election.

He goes, he goes. But the

He goes, he goes. But the shame is everlasting for the good people of Parry Sound-Muskoka who owe the rest of us $50 million for their toilets in the woods and gazebos.