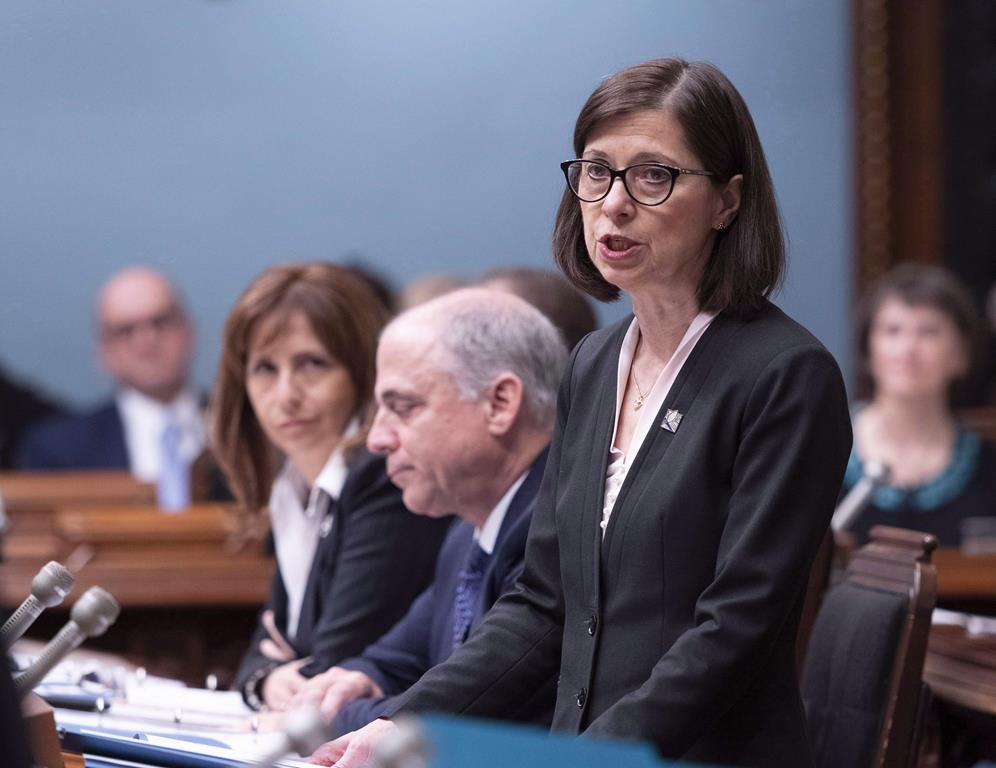 The number of Quebecers seeking medical assistance in dying has been growing steadily since 2015, according to a report on the state of end-of-life care tabled Wednesday in the provincial legislature.

This "strong growth" is much greater than what elected officials expected when the law was drafted, commission chairman Michel A. Bureau said.

Almost all those who received medical assistance in dying had six months or less to live, 87 per cent were at least 60 years old and 78 per cent had cancer.

About one-third of the 2,462 total requests for medical assistance in dying were rejected, usually because the person did not meet the eligibility requirements.

To receive medical assistance in dying under the Quebec law, one must be at the end of life, suffer from a serious, incurable illness, be in an advanced state of irreversible decline and experience constant and unbearable physical or psychological suffering.

Four hundred people did not receive medical assistance in dying even though they met the eligibility requirements, the report found. About 30 per cent died before it could be performed, 20 per cent changed their minds and 19 per cent lost their ability to consent to care.

Bureau's report states that access to medical assistance in dying remains uneven. For example, there were 87 assisted deaths at Montreal's two teaching hospitals, about half the number at the teaching hospital in Quebec City.

Doctors' adherence to the program also remains inadequate, the commission said. About 350 physicians, the vast majority of whom are family physicians, have agreed to administer physician-assisted dying.

"It is reported that people are discouraged from applying for medical assistance in dying, that their request is not heard or that it is rejected without having been properly assessed," the report says.

The commission recommends that hospitals take the necessary steps to ensure that each application is assessed with "diligence" so an eligible patient "can receive timely care" as prescribed by law.

Quebec Health Minister Danielle McCann kicked off the debate on a possible expansion of medical aid in dying for people with Alzheimer's disease and related conditions. She announced that the group of experts currently working on the issue will report to the government in late May. This report will be followed by a round of public consultations, McCann said, without specifying a deadline.

During the election campaign, the Coalition Avenir Quebec pledged to hold public consultations in order to potentially expand medical assistance in dying.

"Quebecers are ready to continue the discussion," the minister said. "We have a duty to be proactive and to get ahead of the issues that arise."

Véronique Hivon of the Parti Quebecois warned that the debate will raise complex questions. Is someone with Alzheimer's in constant suffering, will the eligibility criteria need to be changed and will doctors agree, she wondered.