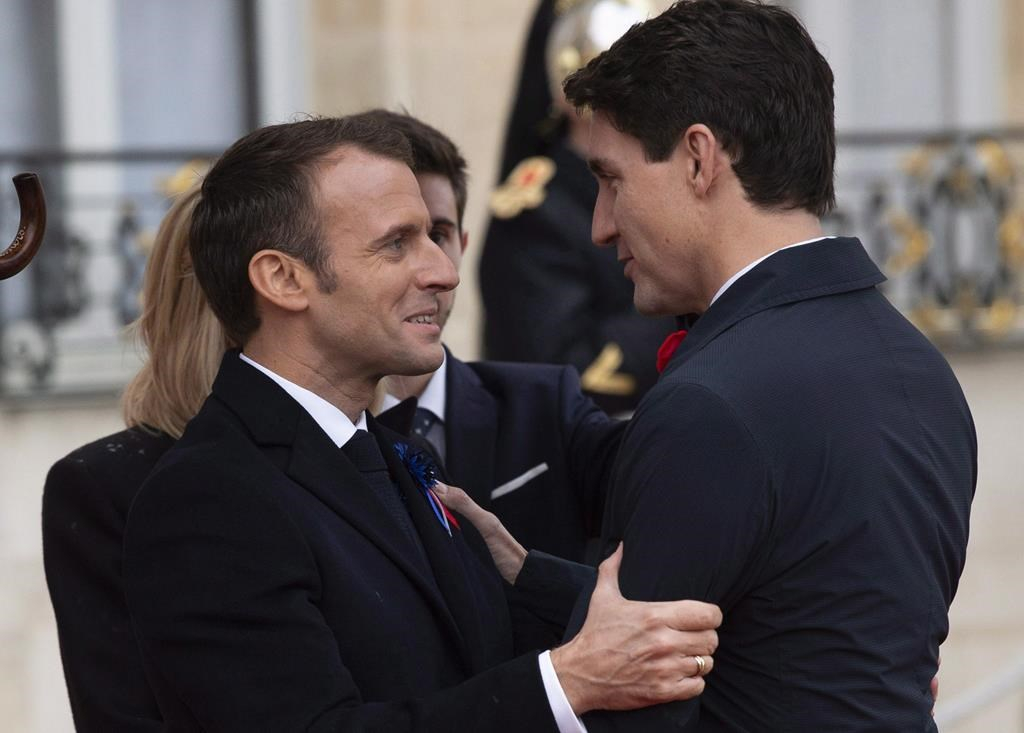 Canada's work to make gender equality a centrepiece of its G7 presidency last year has been adopted by French President Emmanuel Macron, who has pledged that combating inequality — particularly gender inequity — will be a priority as France takes the lead in the international body this year.

But France plans a much narrower focus than Canada's, in the hope of making clear and concrete improvements in women's lives.

Trudeau created a gender-equality advisory council to ensure that gender equity and empowering women and girls were included in all discussions and activities of the G7, including in non-traditional areas like security and economic policy.

France has taken up the torch passed by Canada with a new gender-equality advisory council and a new focus on feminist foreign policy.

France's ambassador to Canada Kareen Rispal is among a group of high-profile feminist leaders on this year's advisory council, which includes actor and UN women goodwill ambassador Emma Watson, Femen representative Inna Shevchenko (a Ukrainian activist granted asylum in France in 2013) and Nobel peace laureates Denis Mukwege (from Congo) and Nadia Murad (a Yazidi from Iraq).

Rispal, a passionate advocate for gender equality, says the council is focusing its work this year on three themes: ending sexual violence against women, supporting access to education for women and girls and fostering women's entrepreneurship and economic empowerment, particularly in the Sahel region of Africa.

The council has decided to narrow its focus to three areas this year after reviewing the 2018 Canadian advisory council's final report, which included a list of 60 recommendations for the G7 across a wide spectrum of subjects.

"It's incredible when you reread it. There's everything in it," Rispal said of the Charlevoix report, entitled Make Gender Inequality History. "The only thing, in my opinion, is that maybe there were too many recommendations. So, it's very difficult to keep track of all of those many recommendations. But it was a huge amount of work."

Despite Canada's best intentions to shine a spotlight on feminist policy at the G7 summit in Charlevoix, Que. last June, the event became best known for the fireworks between Trudeau and U.S. President Donald Trump.

The summit ended with Trump rescinding his support for a closing communique signed by all seven world leaders that he had previously endorsed. On his plane home, he used Twitter to blast Trudeau for his condemnation of U.S. tariffs on Canadian steel and aluminum, accusing Trudeau of being dishonest and weak.

The spat was the first act in a trade dispute between Canada and the U.S. that has yet to be fully resolved.

Canada's envoy to France, Isabelle Hudon, who co-chaired the gender advisory council last year with billionaire American philanthropist Melinda Gates, says she does not believe the work of the council was overshadowed by the political theatrics caused by Trump's upending of the final day of meetings last year.

She believes Canada's efforts to embed gender equality in every discussion at the G7 last year brought new value to those conversations and is pleased the "respectful pressure" that she and others placed on Macron to continue those efforts was successful.

"It was an opportunity to realize that work is quite important and still there is a lot that needs to be done, and one G7 with that topic would not be enough," Hudon said.

Gender equality will once again be included as part of all G7 deliberations this year, which will include two seats members from the advisory council at every ministerial meeting leading up to the summit in August.

In addition, the work of the 2019 advisory council will not only mean a more targeted focus, but its recommendations will also centre on legislation. They will create a list of existing laws that are most favourable to women worldwide and will recommend new laws for G7 members that could be adopted to improve gender equity.

The initiative, called the Biarritz Partnership after the French city on the Bay of Biscay that will host the August G7 summit, aims to create a coalition of states ready to change their laws in favour of women's rights.

But the advisory council might also choose to include other recommendations that do not necessarily focus on legislative changes, Hudon added. Macron told the experts on the council during their first meeting in February they have full license to be bold and to say whatever they feel they must, Rispal said.

While there may be fears Trump will once again pull focus from the agenda (also, the United States is due to take over the presidency of the G7 in 2020), Hudon says she is confident the strong voices of those around the council table this year will ensure their work and final report will not go unnoticed.

"One thing is sure, it will be ambitious," Hudon said.

Eleanore Catenaro, a spokeswoman for Trudeau, said Canada is "thrilled" to see that France has followed suit and created its own gender equality advisory council ahead of its presidency this year.

"Our government will continue to work with France — and all of our partners — to ensure that the G7 remains committed promote the rights of women and girls and work to achieve gender equality," she said.

G7 gender-equality ministers are to meet in Paris in May, to be presented with a report from the 2019 advisory council.