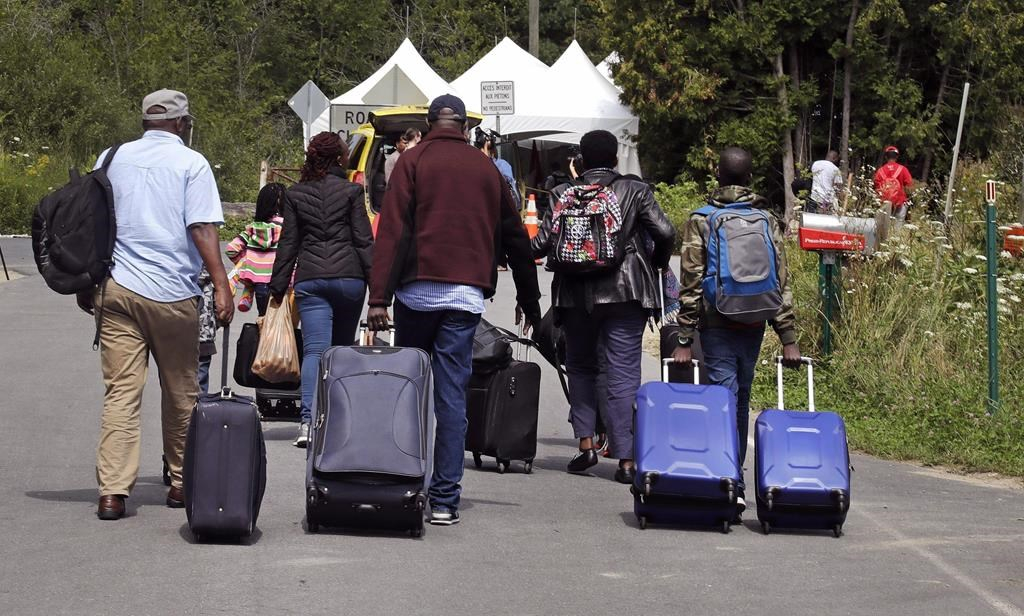 A family from Haiti approach a tent in Saint-Bernard-de-Lacolle, Quebec, stationed by Royal Canadian Mounted Police, as they haul their luggage down Roxham Road in Champlain, N.Y., on August 7, 2017. File photo by The Associated Press/Charles Krupa
Previous story
Next story

Quebecers living near the Canada-United States border, where thousands of migrants have crossed irregularly into the country since 2017, will receive more than $400,000 to compensate them for increased traffic and noise.

An order paper tabled by the federal government last month projects 45 households near Roxham Road will divide up $405,000, with individual compensation based on each home's proximity to the border.

The government has budgeted up to $485,000 for the payments, which includes a contingency fund in case more households are deemed eligible.

Roughly 96 per cent of all migrants who have crossed illegally into Canada since 2017 have done so at Roxham Road, about 50 kilometres south of Montreal.

A spokesperson for Border Security Minister Bill Blair says households along the once-quiet country road have had to contend with increased traffic, noise and the construction of temporary border security infrastructure since the migrants began arriving.

Up to 2,300 asylum seekers entering Quebec through U.S. are under 18