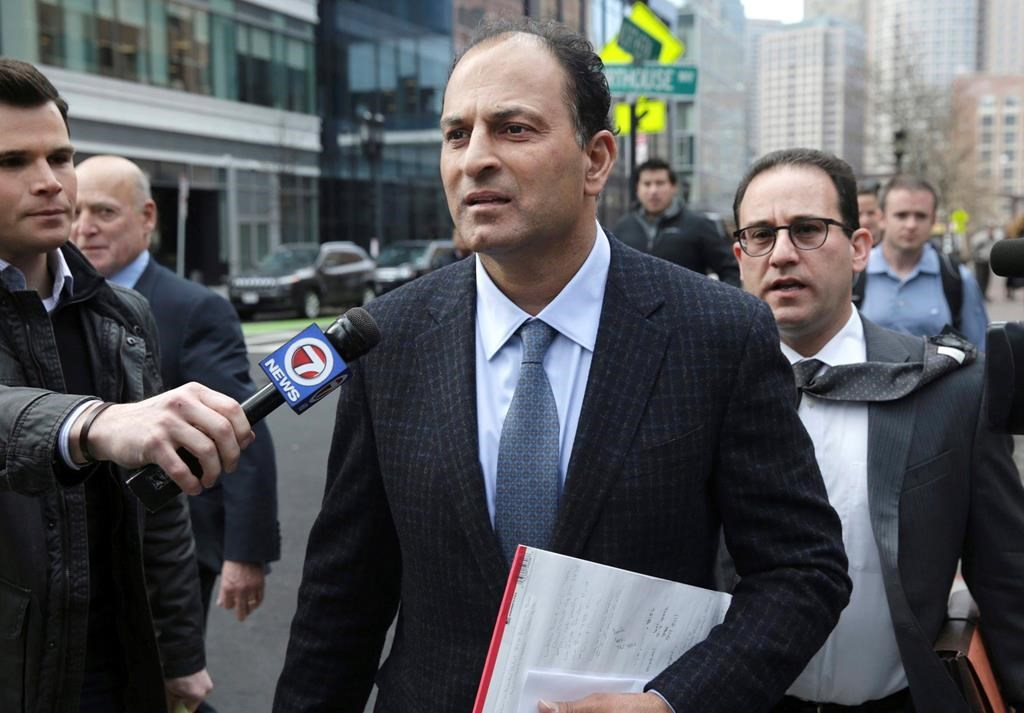 Vancouver businessman David Sidoo faces an additional charge of conspiracy to commit money laundering for his alleged role in a college admissions scandal in the United States.

In a new indictment from the U.S. District Court in Massachusetts on Tuesday, Sidoo is accused of wiring about $100,000 in January 2013 from an account in Canada to an account in California.

The indictment says the money was in the name of college-prep company The Key, and meant to be in exchange for admissions consultant William (Rick) Singer's facilitation of a SAT cheating scheme for Sidoo's younger son.

An assistant for Sidoo's lawyer, Richard Schonfeld, said the attorney was declining comment on Tuesday.

Sidoo is among 19 parents, including actress Lori Loughlin and her fashion designer husband Mossimo Gianulli, who are facing the money-laundering charge in the new indictment.

The new charges come a day after "Desperate Housewives'' actress Felicity Huffman, 12 other parents and a coach agreed to plead guilty.

The parents in the sweeping case, the largest such scheme ever prosecuted by the Justice Department, are accused of paying Singer to cheat on their children's college entrance exams and get their children admitted as athletic recruits at elite schools.

Sidoo, 59-year-old former Canadian Football League player and well-known philanthropist, has pleaded not guilty to conspiracy to commit mail and wire fraud in connection with the scandal.

He entered the plea last month and was released by the federal court in Boston on a secured bond of 1.5 million dollars and his travel was restricted to Canada and the United States.

An indictment in March alleged Sidoo paid $200,000 in total for someone to take the SAT on behalf of both his sons, and that he also paid an undisclosed amount for someone to fly to Vancouver and take a high school graduation exam on behalf of his older son.

The new indictment alleges that the person who took the SATs and the high school test is Mark Riddell, a Florida prep-school administrator who has also been charged in the case.

The indictment alleges Sidoo sent Singer information about his sons for the purpose of creating falsified identification cards for Riddell so he could take the tests in their place. Riddell allegedly wrote the exams in December 2011, June 2012 and December 2012.

Singer paid Riddell approximately $5,000 plus travel expenses for each of the three exams Riddell took in place of Sidoo's sons, the indictment says.

It says the SAT score Riddell obtained on behalf of Sidoo's older son was sent to an administrator at Chapman University, a private university in California, while the SAT score he obtained on behalf of Sidoo's younger son were submitted as part of his applications to colleges including Georgetown University in Washington, D.C.