P.E.I. makes history by vaulting the Greens to second place behind Tories 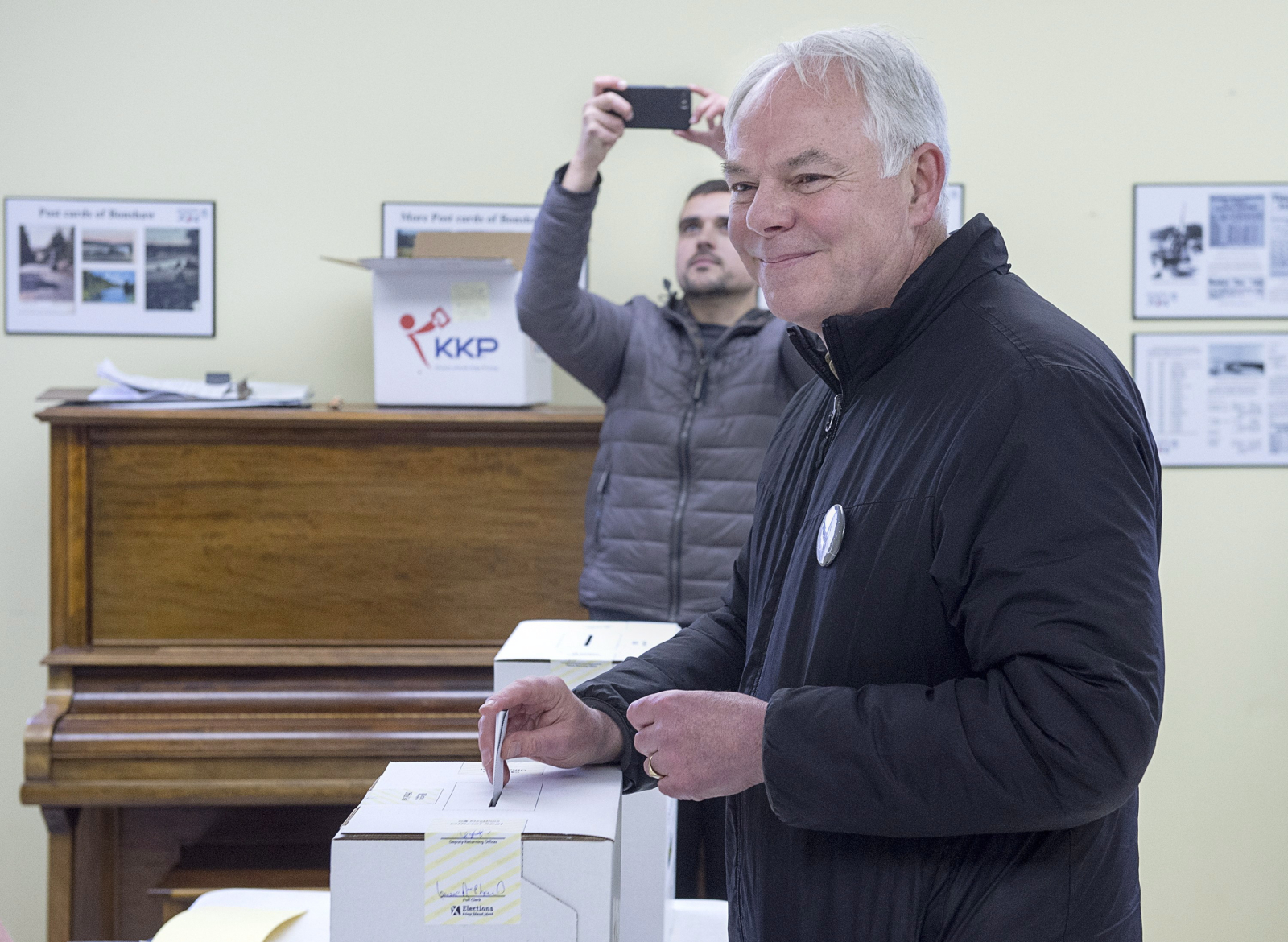 Voters in Prince Edward Island have given the Progressive Conservatives the most seats in the legislature following an unprecedented election that saw the Green Party jump to become the second-largest party in the province.

It is, perhaps, an apropos result. After a particularly collegial and respectful campaign, parties will need to cooperate and negotiate to form government.

The Progressive Conservative party, led by Dennis King, took 12 seats to the Greens’ eight. Premier Wade MacLauchlan lost his own seat as his governing Liberals ended the night on Tuesday with six seats.

Speaking to supporters from his election night party, a grinning King vowed he would go forward in a less partisan, more positive fashion.

King is just the most recent provincial conservative to come out on top in recent months, but he is a distinctly different leader than premier-designate Jason Kenney of Alberta or Premier Doug Ford of Ontario. Unlike other conservatives in the country, King has not pledged to fight the federal carbon price, and has even pledged to turn P.E.I. into a carbon-neutral society.

King’s PCs fell just two seats short of a majority government, meaning he will either have to curry support from the Greens or Liberals — or else the Greens will have a crack at forming government.

Overall, King's Tories ended the evening with about 36.5 per cent of the popular vote, followed by the Greens at 30.6 per cent and the Liberals at 29.5 per cent. The NDP had about three per cent of the vote and didn't win a seat.

The totals do not include results from one riding in Charlottetown, where voting was suspended following the passing of Green candidate Josh Underhay, who died in a tragic boat accident with his six-year-old son, days before the vote. The tragedy brought the campaign to a halt.

A byelection is expected in that riding within the next few months.

Under Westminster rules, outgoing Premier MacLauchlan would normally have the first crack at forming government. But he wound up losing his own seat to Tory Bloyce Thompson by about 100 votes, as his Liberals became the third party in the legislature.

Speaking to reporters on Tuesday night, MacLauchlan conceded the "tide turned" on the Liberals after three consecutive terms in government.

“One of the leaders has to win the confidence of the house,” P.E.I. Green Party Leader Peter Bevan-Baker tells @Justin_Ling, adding that he’d be talking to both other leaders. “There are all sorts of permutations that are possible.”

The likely scenario is that King forms government with support of either the Liberals or Greens, or tries his luck on a vote-by-vote basis. But, given this is unprecedented on the island, anything is possible.

I spoke with Green leader Peter Bevan-Baker after most of the votes were counted Tuesday, and he played coy about exactly where he saw the chips falling.

“One of the leaders has to win the confidence of the house,” Bevan-Baker said, adding that he’d be talking to both MacLauchlan and King. “There are all sorts of permutations that are possible,” he said, adding that a coalition with the PCs is definitely an option — especially given there is significant overlap between both parties’ platforms.

When he took the stage Tuesday night, he pledged that the legislature would be a “cooperative” one, punctuating it with kind words for King, whom he called “a good friend.” Bevan-Baker contrasted that with the “rancour and nastiness” seen in “other” elections that were held recently, he said, without mentioning Alberta by name.

When Bevan-Baker took the stage on Tuesday night, he began by paying tribute to Underhay. “I don’t think I’ve ever felt so overwhelmed by joy and grief simultaneously,” he told supporters.

The Greens didn’t come out on top, as some pollsters projected, but it did deliver more seats than a Green Party has ever received in Canada.

P.E.I. opted not to make history, however, when it came to a referendum on electoral reform. Only 49 per cent of the province voted for a mixed-member proportional system. Both King and Bevan-Baker are supporters of the system, however, meaning the idea could still live on.

Editor's note: This article was updated at 12:06 a.m. ET on April 24, 2019 with additional information about Wade MacLauchlan losing his seat.