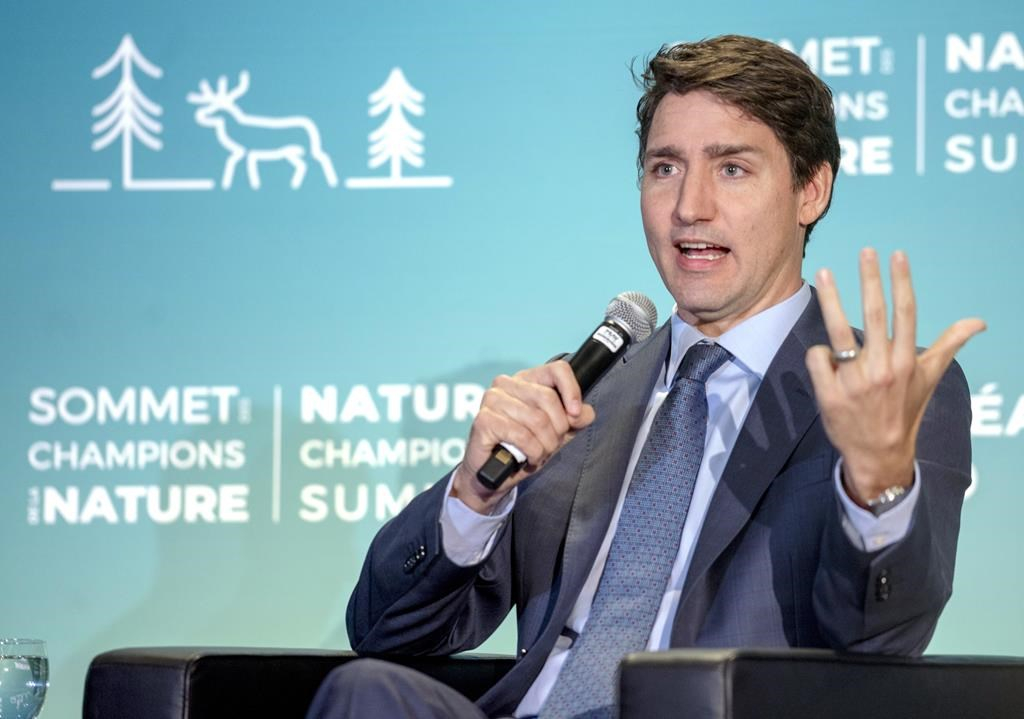 But Trudeau's criticism of those who disagree with his government's plan to address climate change didn't stop at Ontario Premier Doug Ford's administration.

"Look no further than Ontario to find a provincial government that is wasting taxpayer's money fighting climate action in court," Trudeau told a room full of delegates at the Nature Champions Summit. "It's shortsighted and irresponsible and frankly, Canadians deserve better."

Manitoba, Saskatchewan, Ontario and New Brunswick are all either challenging the carbon tax or have signalled an intent to do so.

Lawyers for the province of Ontario argued in court last week that Trudeau's plan to impose a levy on gasoline, other fossil fuels and industry is an overstep of federal authority. On Wednesday, Manitoba filed documents seeking a judicial review to quash the federal tax on similar grounds.

After Trudeau's short speech he was met on stage by high-profile Quebec environmentalist Steven Guilbeault for an armchair discussion. Guilbeault, who is currently advising the federal government on ways to address climate change, steered clear of contentious issues in his questions.

Sitting opposite the prime minister on stage, Guilbeault said most Canadians don't know how "entrenched" Trudeau's desire to protect nature is.

"I was hoping you could tell us a little bit about where this passion for nature protection comes from," the environmental activist said to Trudeau.

The prime minister said it came from playing outside as a child.

Guilbeault has acknowledged he is being courted by the Liberals to run for the party in the October federal election. He told reporters he hasn't decided whether to enter politics.

"I've been approached by more than one federal political party," he said. "I haven't made a decision yet. I have a mandate with the federal government to produce a report (on climate action) around May or June, so I'll make no decision before that work is done."