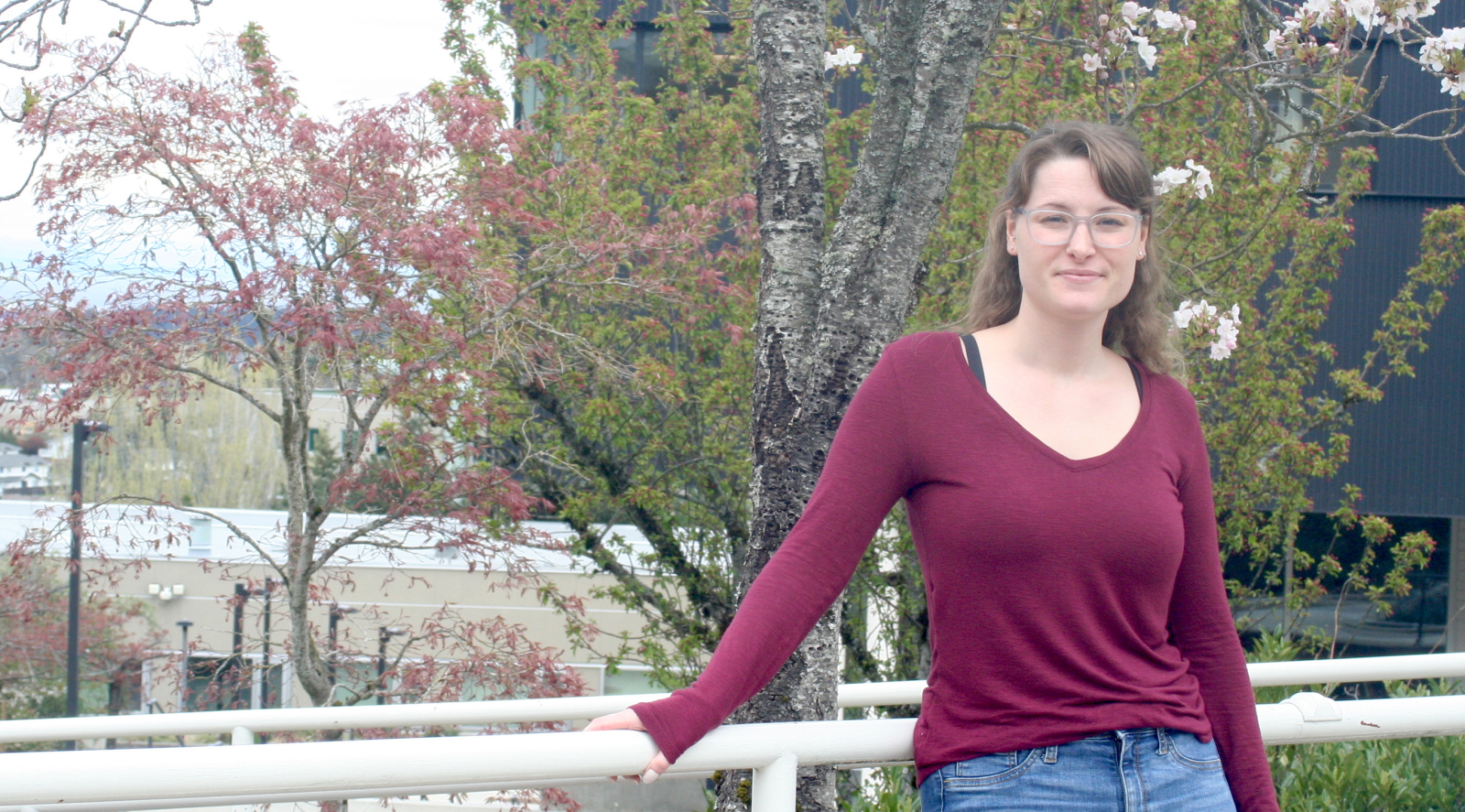 Tia Schaefer faced a “survive or die” situation when she turned 19.

She had been in government care for four years, including a year in a foster home and three years on a youth agreement – a form of independent living with financial support from the government. At age 19, government support ended and she had to look after herself.

She managed to eke out a living in part-time and full-time jobs, but never had quite enough money. At times she had to couch-surf to get by.

University, which is expensive, wasn’t even on her radar.

Then she learned that in British Columbia, tuition is covered for kids who grew up in care.

Schaefer is 25 now and in her third year of studies towards a bachelor’s degree in child and youth care at Vancouver Island University in Nanaimo, B.C.

She says she wouldn’t be where she is without that tuition waiver — and she’s certainly not alone.

Vancouver Island University is at the forefront of a provincial program that covers the cost of tuition for students aged 19 to 26 who spent at least two years in government care.

The initiative was launched by B.C.'s New Democratic Party government in September 2017. They took a patchwork of programs designed to help these young adults and made them universal, waiving tuition at 25 public post-secondary schools in the province. In July 2018, the program expanded to foundation and apprenticeship training at 10 union-based training providers.

Today, more than 800 young people who grew up in care are studying for free.

It’s a significant feat for a child raised in government care to make it to post-secondary school: just a third of them have a high school diploma by the time they turn 19, compared with 84.6 per cent of the general population. Another one-quarter leave school with an adult graduation diploma or a completion certificate, but those don’t always qualify a student for university.

There are questions, however, about whether the program goes far enough.

Tuition, for example, covers only a third of post-secondary costs. More significantly, so many potential students don’t fit the government criteria that both Vancouver Island University (VIU) and the University of British Columbia (UBC) cover tuition for students who are older than 26 or who weren’t in care long enough to qualify. 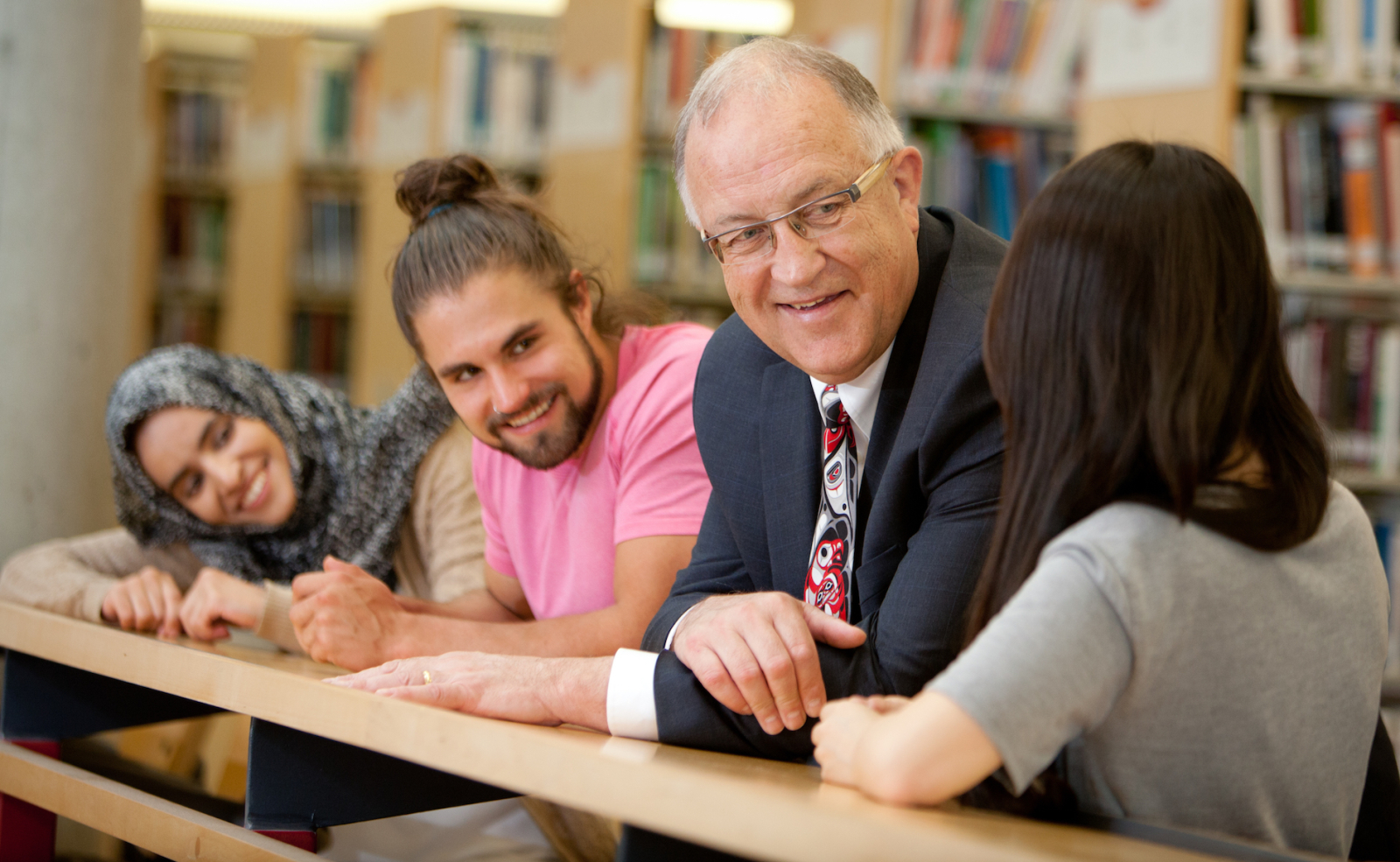 Former foster children have been attending Vancouver Island University tuition-free since 2013, when the university's president Ralph Nilson launched the experiment at the urging of Mary Ellen Turpel-Lafond, who was then B.C.’s representative for children and youth.

That first September, 19 former foster kids enrolled: their average age was 29, they were all women, and half of them had children of their own.

Since then, Vancouver Island University has funded at least 200 students. Today, nearly 100 of their 9,000 full-time students are on tuition-waivers, the highest number in the province followed by Camosun College in Victoria, the University of the Fraser Valley and Thompson Rivers University in Kamloops.

About 85 per cent of those students are women, half of them with children. About three-quarters are 19 to 26, but 25 of them are older, including 17 over the age of 30.

“Any student who comes, they are just taken care of,” Nilson said in an interview with National Observer. “We don’t distinguish between them.”

The only stipulation is that students must have been in care for at least one year.

“These are good, solid, resilient people, who are going to make a good contribution,” Nilson said.

At University of British Columbia's Vancouver campus, 32 students are on tuition waivers, 15 of whom do not qualify for the provincial waiver but are funded by UBC anyway. In February, UBC removed a restriction related to the amount of time between aging out and attending university.

“So, we could see a different type of population come to the institution now, because previously we had a restriction where you had five years after leaving care to enroll at UBC,” Darran Fernandez, associate registrar and director of enrollment services at UBC, said in an interview with National Observer.

Both UBC and VIU said any money saved due to the provincial program is redirected to the financial aid budget, to support tuition-waiver students or for other forms of access.

Both universities — where 45 former youth in care now study across all campuses — have dedicated advisors or counsellors for these students and offer other types of support. They realized early on that free tuition wasn't enough to set the students on a path to success. They needed such other help as childcare, housing and groceries.

Government support programs have both time limits and age limits, which means many former foster children are not eligible.

“They cover very, very few of the students and they were so limiting,” Nilson said. “These kids have nobody to call.”

‘It needs to be so much more than a waiver’

“Just because you have tuition waived, it doesn’t mean you can afford to go to school," he said in an interview with National Observer. "You still have to pay rent and eat and pay electricity and other things.”

The province offers a program called Agreements with Young Adults for people who have aged out of care. It provides $1,250 a month for up to 48 months while they go to school or receive training. More than a quarter of the 889 young people who aged out of care in the year ending March 2017 received benefits within a year. This and related programs cost the province about $8 million a year.

At VIU, one donor pays for all textbooks, while other donors covers supplementary cash for the students. Both VIU and UBC also provide emergency funds.

“I do want to stress that it needs to be so much more than a waiver,” said Fernandez. “We really want to make sure that we’re not just giving someone money and then just walking away, because that’s not going to lead to very much success for anyone.”

At VIU recently, a student was struggling at home in an unsafe environment.

Within an hour of learning about the situation, VIU had the student moved into a residence, with a fridge full of groceries and brand new linens on their bed, Litchfield said.

Helping children who’ve grown up in care seems to resonate with donors. VIU has raised more than $1 million to help such students in the past five years, Litchfield said. 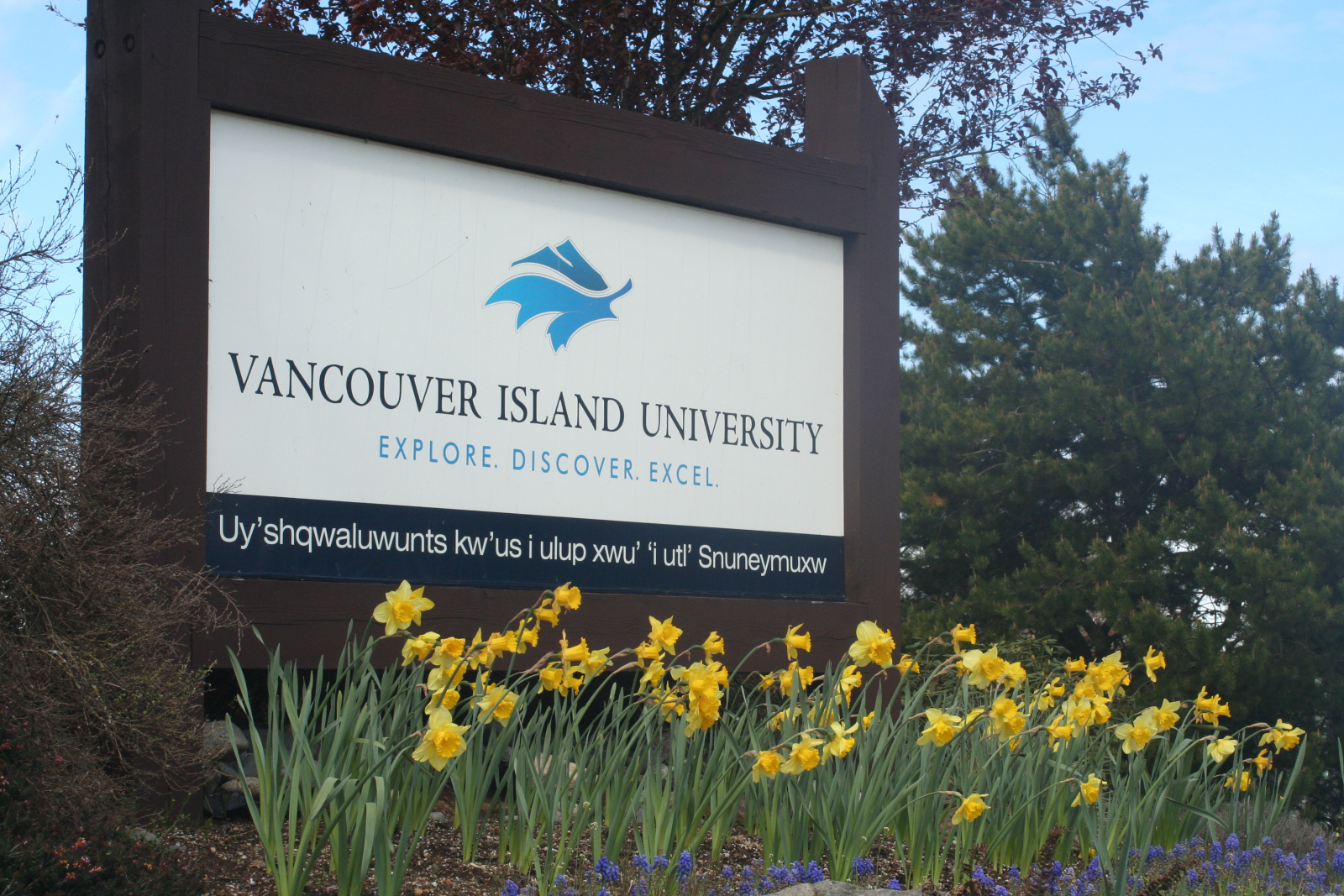 VIU created the role of “navigator,” a student paid to help students who have lived in government care.

“The navigator is a person who is almost like a peer, who can do some of that significant other work and provide comfort and check in regularly with the students, helping them with their voice,” Nilson said.

Tia Schaefer is now the peer navigator at VIU.

“Tia helps support students, typically in the first year or two, to find those additional supports around campus,” Litchfield said. “Maybe that’s taking them to the writing centre, or having an event to bring the community together to help them develop social networks.”

Schaefer hosts workshops two or three times a month, based on what students want, ranging from advice on finances or cooking and sewing or a social activity. At Christmas, Schaefer organizes holiday gift hampers.

“Sometimes they struggle because it’s a little bit of culture shock,” Schaefer said. “Some people never expected to be here. I know I never did. Sometimes that’s hard.”

The adjustment can be difficult both academically and emotionally.

Verukah Poirier, a third-year Indigenous studies major at UBC whose long-term goals include law school, spent most of her childhood with extended family or foster parents.

Poirier, 21, doesn’t know of anyone else in her family who has a university degree, although some of her relatives have a college education or trades training.

“School is very stressful,” she told National Observer. “Sometimes you just feel overwhelmed and that nobody understands where you’re coming from.”

UBC, which has extremely high admissions standards, has a different admissions policy for former youth in care, who are evaluated on a case-by-case basis.

“This recognizes that they’ve probably faced different life experiences. It’s quite similar to what we have for our Aboriginal applicants,” Fernandez said.

“What we’ve seen from our students, they’re doing quite well. I think that much of that is coming from their own drive to be here — that they’re making a conscious decision to pursue this — as well as the supports that exist.”

Many students who have been in foster care are also members of other under-represented groups: first-generation learners, Indigenous students or those from rural communities.

Fernandez sees potential in them.

“What we do know from statistics is that people who hold tertiary forms of education — diplomas, certificates, degrees — is that their earning potential is much higher and their opportunity to access other resources is much higher.”

The future of the program

When he talks about the tuition-waiver program, Litchfield is confident about one thing: students like Schaefer and Poirier will be successful throughout the province.

“A lot of the students I’ve talked to didn’t do great in high school and they didn’t really see their way forward,” he said. “Then all of a sudden, they’re on the dean’s list every year and they’re some of the most motivated, passionate, resilient students in all of their classes.”

Schools like VIU, he said, also benefit from having them there.

“We get a bunch of great students and we also meet our mandate as an access university,” Nilson said.

The program isn’t perfect. If universities stick to the provincial age cap of 26, they miss out on great students.

“These students are unbelievable. They’re so strong, they’re so motivated. Our province is missing out,” Litchfield said. “To tell someone who is 27, I’m sorry you’ve missed the boat, your time is done. No. We’ve had someone in their fifties.”

Schaefer said she would love to do a graduate degree in education or counselling, if she could afford it.

“We’re working on it,” Litchfield said. “It’s trying to find how.”

“If there is an opportunity and the resources are available and the demand is there, we'll certainly look at expanding the program,” he said at a news conference. “We need to create a skilled environment and that means opening doors to training and that's exactly what this program does for those under 26. If we need to expand it, we will.”

Melanie Mark, B.C.’s minister of advanced education, is a former youth in care herself. She went to Vancouver Island University when it was Malaspina College, ultimately earning a bachelor of arts in political science from Simon Fraser University. She also spent eight years working for the Representative for Children and Youth.

Mark said in an interview it was “like living a dream” to be able to announce the universal program and that the province will continue to build on it.

It’s too soon to know if the program needs to be expanded, she said.

“What does success look like? We don’t know – we are blazing trails here,” she said.

While the vast majority of students are in the faculties of arts and science, students are also graduating with degrees in business, nursing, social work and other fields.

These students are the voices that will change the future, Nilson said.

“I want to help them understand that our hand is on their back,” he said. “Where you go, we’re going to support you. Don’t ever feel like if you fall down, you’re going to disappear. We’re going to lift you up and we’re going to hold you up. … Allowing them to recognize that they are powerful as individuals and as a collective is one of the most important parts of our work here.”