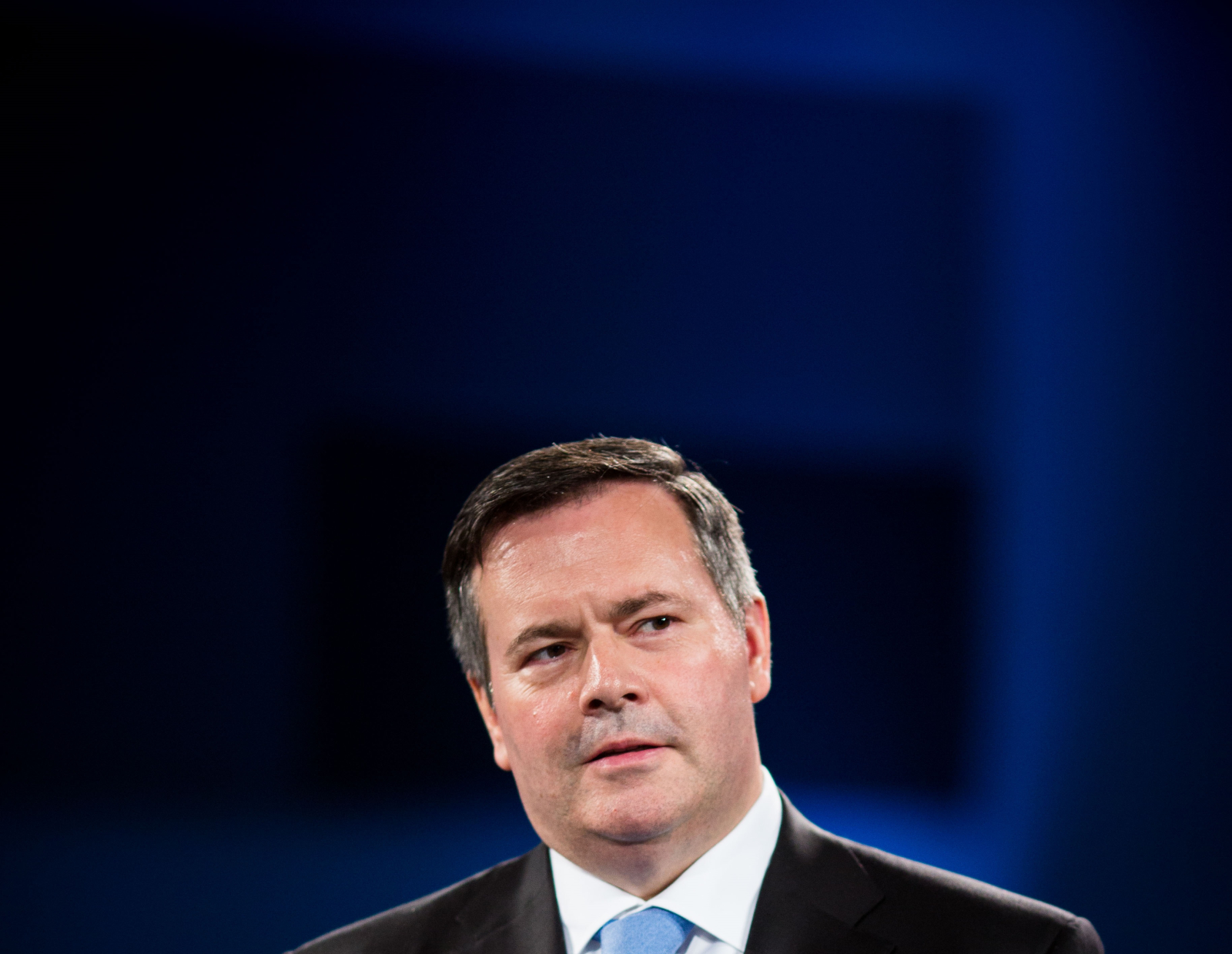 Jason Kenney was sworn in as Alberta Premier on April 30, 2019. He is featured speaking at a conference in Ottawa on Feb. 10, 2018. File photo by Alex Tétreault
Previous story

There was some laughter within seconds, after Jason Kenney spoke his first words as Alberta’s 18th premier.

It started with a smile that cracked on Kenney’s face as he read from a description of Alberta from Sept. 1, 1905, the day it became a province in the Dominion of Canada.

“It is a delightsome land with its prairies and its mountains, its forests and fertile fields and a healthy, invigorating climate,” Kenney said, breaking into some chuckles.

The crowd, which included 22 new members of his cabinet, began to laugh along with him.

It was not entirely clear what they were laughing at, but the mention of the word “climate” comes as Kenney begins a mandate by starting a legal battle against the federal government’s climate change policies and launching a political war against climate change and conservation activists that have been pushing Alberta to clean up its oilpatch, home to the world’s third largest reserves of crude oil after Saudi Arabia and Venezuela.

Jason Kenney has promised to reverse many of the climate action policies of former premier Rachel Notley’s NDP government, which was sent to the opposition benches in the province’s April 16 election, and revive its slumping energy industry.

“How apropos,” he said, acknowledging the amusement in the room.

'Alberta is an idea'

In his first speech as premier, Kenney thanked the province’s First Nations for welcoming newcomers over recent centuries and committed his government to “the path of reconciliation and shared prosperity in the spirit of the treaties.”

He then paid homage to the ranchers, settlers, and farmers of the province, who have often benefited economically at the expense of those Indigenous communities.

“We are grateful for the roughnecks, the engineers, scientists and resilient entrepreneurs whose ingenuity and hard work turned Alberta into one of the world’s greatest and most ethical sources of energy,” he said.

The premier-designate and his soon-to-be-cabinet sang the Canadian national anthem at the start of the ceremony, before taking the oath and officially becoming premier.

“Alberta is an idea,” Kenney said. “The idea that strong families, communities, and resilient individuals are more effective at achieving human flourishing than a big, impersonal, overbearing state.”

He sought to present Alberta’s emphasis on personal freedoms and responsibilities as values that would animate the new government.

“This Alberta is a meritocracy, open to the talents of all. A place where we assess people not on the basis of where they were born, how they pray, or who they love, but on how hard they work and how well they treat others,” he said.

The UCP platform has been criticised for advocating for LGBT youth to be outed to their parents without their consent, while UCP candidate Caylan Ford was forced to quit after espousing white nationalist views and questioning the value of Pride events.

The new premier was also given a blessing from the province's chief rabbi, who said "Alberta deserves renewed life" and gave him a charity box he was invited to place in the legislature.

Kenney's first act as premier and president of the province’s executive council was to introduce his government of ministers, which won 63 of 87 legislative seats in the April 16 election that ousted Notley's one-term NDP government, which now holds 24 seats in opposition.

The United Conservatives won a resounding victory with almost 55 per cent of the popular vote, while the NDP securing almost a third of ballots. The Alberta Party picking up 9 per cent but did not win a seat, while the Liberals got one per cent of the vote. Voter turnout was 64 per cent, up from 53 per cent in the 2015 election ​​​

Notley and the NDP sent out a tweet highlighting that thousands of Albertans had come out to celebrate their swearing-in back in 2015 and that this year the plaza in front of the legislative assembly in Edmonton was empty.

The provincial capital is the NDP's last stronghold, while the UCP was stronger outside of the Edmonton region, dominating Calgary and sweeping most of rural Alberta.

Thousands and thousands celebrated in 2015.
This year... not so much.#ableg pic.twitter.com/nyTMmxSd86

Kenney then introduced each of his ministers members to the lieutenant-governor, to whom they swore an oath.

Doug Schweitzer, a former Progressive Conservative who campaigned against "attack politics" in a failed bid for the UCP leadership, is now the attorney general and justice minister. He will be tasked with pursuing Kenney's plans to challenge the federal government's carbon pricing policies in court.

Kenney also named Sonya Savage as his energy minister. Prior to the April election Savage was senior director of policy and regulatory affairs at the Canadian Energy Pipeline Association, a lobby group. She was a lobbyist for Enbridge from 2006 to 2015, and says on her LinkedIn page that she had a “proven track record for developing strategies to influence public policy, advocate for regulatory efficiency and competitiveness, manage government relations and build positive relationships in a complex and evolving political and regulatory arena.”

She completed a masters degree in environmental and energy law at the University of Calgary in 2015, writing a thesis on Bill C-38 — an omnibus budget bill introduced in 2012 by the Harper government to rewrite Canada's environmental laws and reduce federal oversight of industry — and the evolution of the National Energy Board since 1959, according to her LinkedIn profile.

Alberta’s oil and gas industry is a major contributor to Canada’s emissions of greenhouse gases, which are causing climate change.

The UCP’s environmental policy platform, according to the chair of the panel that advised the Notley government, Andrew Leach, “is a systematic walk-back of some of the most important climate change initiatives in Alberta, an effort to perpetuate myths about other initiatives and, I believe, a gift to those opposed to Alberta’s energy sector.”

Kenney has said his government “will stop all funding to groups engaged in economic sabotage against Alberta,” referring to environmental groups and others that oppose further exploitation of the province’s natural resources.

Kenney named Jason Nixon as his minister for environment and parks. Nixon had backed Kenney in the leadership race of the United Conservative party after helping to manage the merger of the Progressive Conservative and Wildrose parties in 2017. He served as interim leader of the UCP opposition until Kenney secured a seat in a Calgary by-election in December 2017.

The new cabinet also includes an associate minister for natural gas, Dale Nally, as well as a minister for red tape reduction, Grant Hunter. The latter was initially listed as a red tape minister, before Kenney interrupted the proceedings and said he was changing the title, on-the-fly, to include the word “reduction.”

Editor's note: This article was updated at 3:08 p.m. MT with biographical details about several new ministers, quotes from Jason Kenney and others.

Short and fat and ignorant.

Short and fat and ignorant. Alberta burns. Where's Harper? We love Jason because he is such a great politician? Because his lies are greater than his honesty. Because the "national interest" has nothing to do with climate change. Jason and Trump and Ford share something special - obstruction of justice!