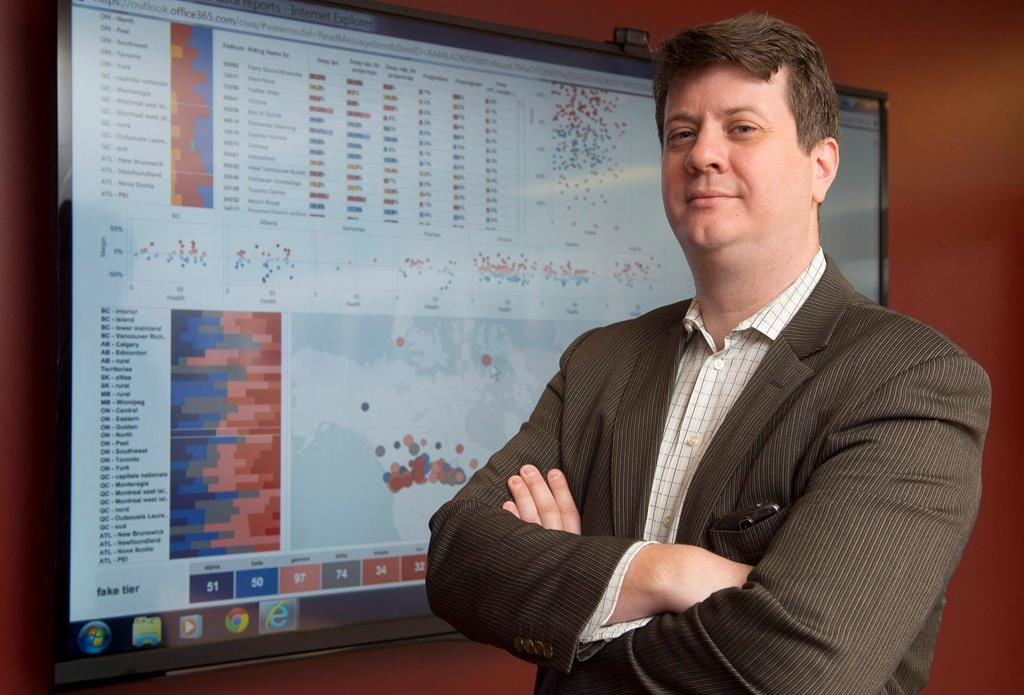 Liberal Party National Director Jeremy Broadhurst poses for a photo at Liberal headquarters in Ottawa, on Friday, May 29, 2015. File photo by The Canadian Press/Adrian Wyld
Previous story
Next story

Prime Minister Justin Trudeau made a bid Wednesday to mobilize old-guard Liberals in the coming federal election campaign even as he lost another of his star rookie recruits from the last campaign.

Trudeau chose veteran Liberal Jeremy Broadhurst to run the governing party's bid for re-election this fall. Broadhurst, who is currently serving as chief of staff to Foreign Affairs Minister Chrystia Freeland, is to take on new duties as national campaign director by May 13.

The appointment signals an attempt to reach out to long-time Liberals, some of whom have privately grumbled that their experience has not been tapped or valued by the Trudeau team.

At the same time, retired lieutenant-general Andrew Leslie announced he won't seek re-election after serving just one term as the Liberal MP for the Ottawa riding of Orleans.

Leslie, a former commander of the Canadian army, was one of a number of so-called stars recruited by Trudeau to run in 2015. But despite his advance billing and a pre-election role as foreign-policy and defence adviser to the Liberal leader, Leslie never made it into cabinet.

"After 40 years of public service ... I think it's time for a different path for myself," Leslie said Wednesday, referring to the combined years he's spent in the military and politics.

"There's other things I want to do as a private citizen ... and it's time," he added, declining to reveal his future plans.

Leslie said a period of reflection following recent shoulder-replacement surgery was "one of the big triggers" for his decision.

Leslie's announced departure follows Trudeau's decision last month to expel two other star recruits from 2015 — Jody Wilson-Raybould and Jane Philpott — from the Liberal caucus. The former ministers, who quit cabinet amid the furor over the SNC-Lavalin affair, will not be allowed to run under the Liberal banner this fall.

Wilson-Raybould's allegation that she was improperly pressured by the Prime Minister's Office and others to halt the criminal prosecution of the Montreal engineering giant has precipitated a steep drop in Liberal support in the polls and propelled the Conservatives into the lead. Moreover, the Liberals are lagging well behind the Conservatives in fundraising and in nominating candidates for the election.

Liberal party spokesman Braeden Caley said the Liberals will have nearly 250 candidates in place by late next month. And despite the loss of Leslie, Wilson-Raybould, Philpott and several other veteran Liberal MPs, he said the Liberals have the highest proportion of incumbents seeking re-election of the three main parties.

Broadhurst is stepping into the top campaign job amid these challenging circumstances, with insiders hoping he'll be able to draw old-guard Liberals back into the fray while maintaining the new guard. This marks something of a departure for Trudeau, who has deliberately kept his distance from many of the old guard in a bid to avoid re-igniting old civil wars within the party.

Broadhurst is a Team Trudeau insider but he's also got a long history with the party.

Although only 43, Broadhurst has served in senior positions with every Liberal leader, permanent and interim, since 2006, including a stint as Trudeau's deputy chief of staff. He ran the Liberals' war room during the 2011 campaign and, as national director of the party, was instrumental in its 2015 come-from-behind election victory.