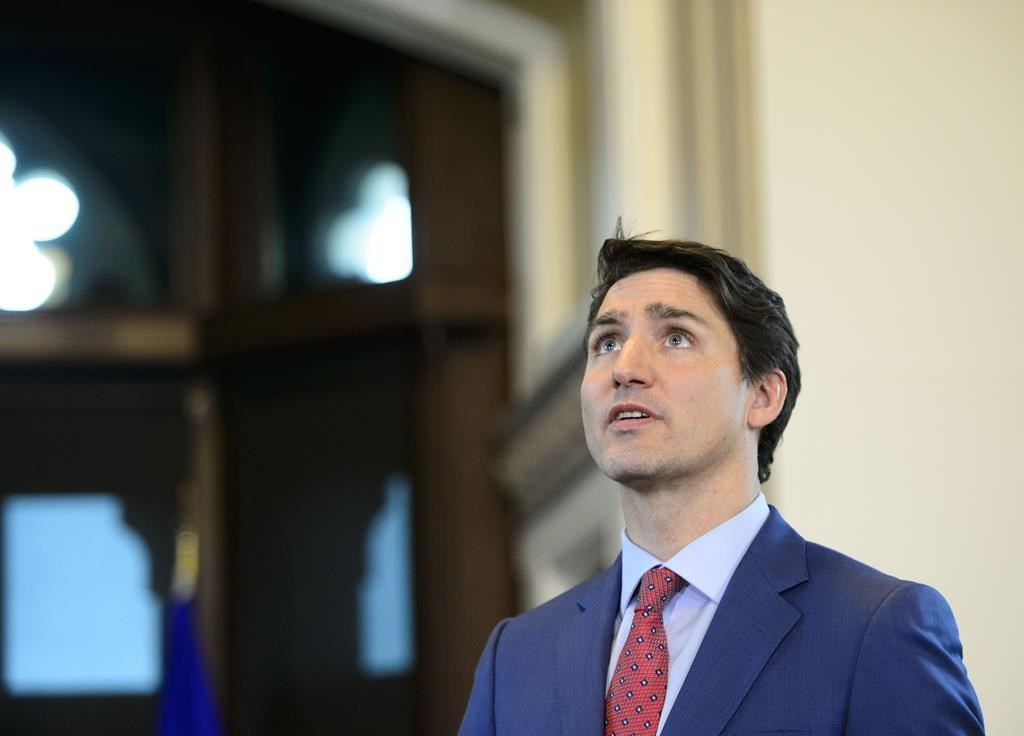 Prime Minister Justin Trudeau looks on as he meets with Alberta Premier Jason Kenney in his office on Parliament Hill in Ottawa on Thursday, May 2, 2019. Photo by The Canadian Press/Sean Kilpatrick
Previous story
Next story

The federal Conservatives want the RCMP to look into whether Prime Minister Justin Trudeau broke the law by accepting family vacations on the Aga Khan's private Caribbean island.

In a letter to RCMP Commissioner Brenda Lucki, Conservative MP Peter Kent says a thorough investigation should be conducted to ensure Canadians have confidence in the integrity of government.

Kent's 26-page letter notes that members of Trudeau's family visited the private retreat of the Aga Khan, a billionaire philanthropist, on three occasions from 2014 to 2017.

In December 2017, then-federal ethics commissioner Mary Dawson found Trudeau contravened four sections of the Conflict of Interest Act in relation to a Christmas 2016 stay on the island, saying the holiday could reasonably be seen as a gift designed to influence the prime minister.

In his letter, Kent cites a Criminal Code provision that prohibits a government official from accepting a benefit of any kind from someone who has dealings with the government.

Following Dawson's 2017 findings, opposition parties argued Trudeau should refund the treasury for all or part of the transportation and security costs related to the Christmas 2016 trip.

Trudeau acknowledged at the time he should have checked with the ethics commissioner's office before accepting the holiday, and said he would now clear all family vacations with the commissioner.

"I've always considered the Aga Khan a close family friend, which is why I didn't clear this family trip in the first place, but given the commissioner's report, I will be taking all precautions in the future."

Chantal Gagnon, a spokeswoman for the prime minister, said Thursday that Kent’s letter was "nothing more than a public relations stunt by the Conservatives."

In September 2017, then-lobbying commissioner Karen Shepherd said there was no basis to a complaint that the Aga Khan violated the code for lobbyists by allowing Trudeau and his family to stay on the island.

However, a Federal Court judge recently ordered Shepherd's successor, Nancy Belanger, to take a fresh look at the matter.

The court said that as a board member of the foundation, the spiritual leader of the world's Ismaili Muslims was directly and legally connected to the organization bearing his name and was acting as its representative in giving a gift to the prime minister.

Ottawa is contesting the ruling in the Federal Court of Appeal.

Compared to the SNC Lavalin

Compared to the SNC Lavalin cover up this is nothing at all to make a fuss about.

Is this the best the

Is this the best the Conservatives can do? We have far more important issues facing this country. Let's look at our relationship, or lack there of, with China.