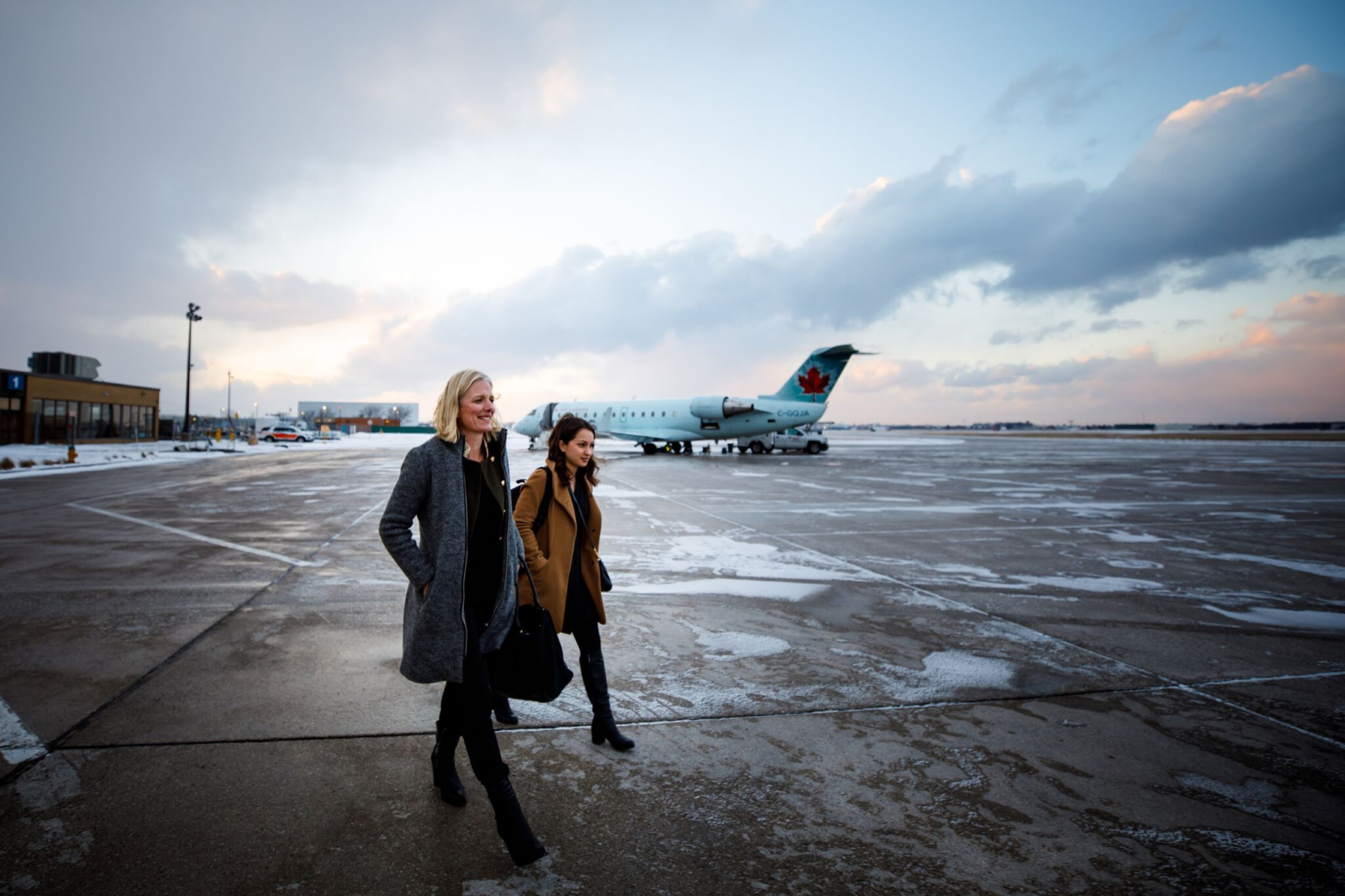 Catherine McKenna says the world needs “a Paris Agreement moment for nature,” after a major report was released showing how humans have been responsible for hundreds of species dying off, with a million more at risk of extinction.

Canada’s environment and climate change minister was in Metz, France on Monday where she has met with counterparts in the Group of Seven advanced industrialized nations to talk plastics pollution, climate change and biodiversity.

The meeting came on the heels of a new global report by an international body of 132 governments, bringing together roughly 15,000 scientific and government sources, who collaborated with Indigenous and local knowledge sources to conclude that nature is in decline “at rates unprecedented in human history”—and that extinctions are accelerating.

The new report, by the Intergovernmental Science-Policy Platform on Biodiversity and Ecosystem Services, also put the inequality of environmental destruction into stark relief. It found that many of the areas of the world projected to be negatively hit by changes to biodiversity and ecosystems are also where “large concentrations of Indigenous Peoples and many of the world’s poorest communities reside.”

On a teleconference with media she held from Metz, McKenna said the biodiversity report presented a "massive challenge," noting that up to a million species are at risk of disappearing.

She compared the report to another from the UN Intergovernmental Panel on Climate Change (IPCC) last fall, which examined hundreds of scientific papers and concluded governments must take urgent action in the next 12 years to halt global warming at a maximum of 1.5 degrees Celsius above pre-industrial levels.

“This was like the IPCC report on climate change. We now understand the magnitude of the challenge," she said. "We need a Paris Agreement moment for nature, and I’m hoping we’re leading to that in 2020."

Canada released its own sweeping scientific report on climate change last month, which contained a section on the oceans surrounding Canada growing more acidic as carbon pollution emissions increase, which scientists said will "threaten the health of marine ecosystems."

In France, McKenna and G7 ministers adopted a charter on biodiversity that “welcomed” the biodiversity report and committed countries to “accelerate and intensify” their efforts to “halt” biodiversity loss.

The charter also recognized the Trudeau government’s Nature Champions conference that Montreal hosted on April 24-25, which produced a “call to action” from philanthropic leaders, industry and governments to “place nature's needs at the heart of all global agendas.”

But while the G7 environment charter says countries will reveal their commitments in this regard to the international community “where possible” before October 2020, it does not bind them to specific targets.

McKenna said she felt the seriousness of the report was still reflected in the fact that the G7 nations of Canada, France, Germany, Italy, Japan, the United Kingdom and the United States had even discussed biodiversity at all. “I would say there’s a sense of urgency because of the fact that it’s actually on the (G7) agenda,” she said.

She added she was “very hopeful” the charter produced by the environment ministers would now be considered by G7 nations' leaders during their own summit this August. “We had a really good discussion and I think what came out of this, is that now nature is quite straight on the international agenda, including the agenda for leaders."

The G7 also discussed financing to protect biodiversity, McKenna said, including a grouping of governments and financial industry players being labelled the "Ocean Risk and Resilience Action Alliance." French insurance firm AXA is playing a role in that group.

Developing countries that don’t have the money to protect their own natural habitats like coral reefs, wetlands and mangroves could take advantage of such financing, said McKenna.

The minister said she also told G7 members about "Canada’s approach to putting a price on pollution, and returning the revenues back to the families," the government’s rebate program being sent out as part of tax returns. She said French officials were interested in hearing details about the program.

"That was obviously of great interest to France. They’ve had some challenges here with the Gilet Jaunes," she said, using the name of protesters that pressured France into abandoning a plan to hike taxes. "There’s lots of interest in how you can take climate action in a way that makes life affordable.”

Canada has also had its own "Yellow Vest" protests, led by people opposed to carbon tax and in favour of building new pipelines, along with people with anti-immigrant views and those who doubt scientific evidence about climate change.

The biodiversity report also said the “positive contributions to sustainability” by Indigenous peoples can he helped by national laws recognizing “land tenure, access and resource rights” as well as “the application of free, prior and informed consent.”

The latter phrase refers to language used in the UN Declaration on Rights of Indigenous Peoples (UNDRIP) meant to ensure that consultations with Indigenous communities are meaningfully carried out and Indigenous participation is secured before any resource project is conducted.

The Trudeau government committed to putting UNDRIP in place in Canadian law in 2016, saying it intended to implement the declaration in accordance with the Canadian Constitution. Parliament has a bill that would harmonize its laws with UNDRIP, Bill C-262, that was first introduced in 2016. It has passed the House of Commons but has been sitting at second reading in the Senate since October.

The government has also released principles outlining its relationship with Indigenous peoples including the recognition that "meaningful engagement with Indigenous peoples aims to secure their free, prior, and informed consent when Canada proposes to take actions which impact them and their rights, including their lands, territories and resources."

Asked whether Canada was prepared to embrace legislation that would address the biodiversity report's call for national laws related to Indigenous peoples and land tenure, McKenna said the government has made it a top priority to work with First Nations, Inuit and Metis to protect nature.

“We will be looking at what more we can do,” she said. “If we’re going to meet our targets, we need to be working with Indigenous peoples.”

First Nations and municipalities along the proposed pipeline route have pointed to ecological and climate risks. The expansion, if built, would allow up to 890,000 barrels of bitumen and other petroleum products to flow from Alberta to the West Coast.

McKenna told reporters the pipeline wouldn't proceed without the proper process. "It will not go ahead unless it’s done in the right way," she said. "We’re working with Indigenous peoples, listening to their concerns, looking at how they can be accommodated, and then certainly we are looking at the context of the marine environment."

Canadian Natural Resources Minister Amarjeet Sohi said on April 18 that the government had decided it wasn't satisfied with progress on its latest First Nations consultations on the Trans Mountain expansion and had decided to push back its deadline to make a decision on moving forward to June 18.

A "Paris Agreement Moment"? So, Nature too needs an unenforceable agreement that will largely be used for greenwashing and hypocrisy? Way to raise that bar, Liberals.

She seems sincere, but these

She seems sincere, but these days a minister does not have the power (any power?) they used to have. Decisions are made at the top.

My memory of the Paris

My memory of the Paris Climate Summit? The 383 Trudeau government entourage members accompanying our Climate leader. Yes, "Do as I say, not as I do."
Does a week go by without a Liberal party member flying somewhere around the world? I'd personally like to nominate Mr. Trudeau for the title, "Largest Personal Carbon Footprint in the World." He's a shoo in.