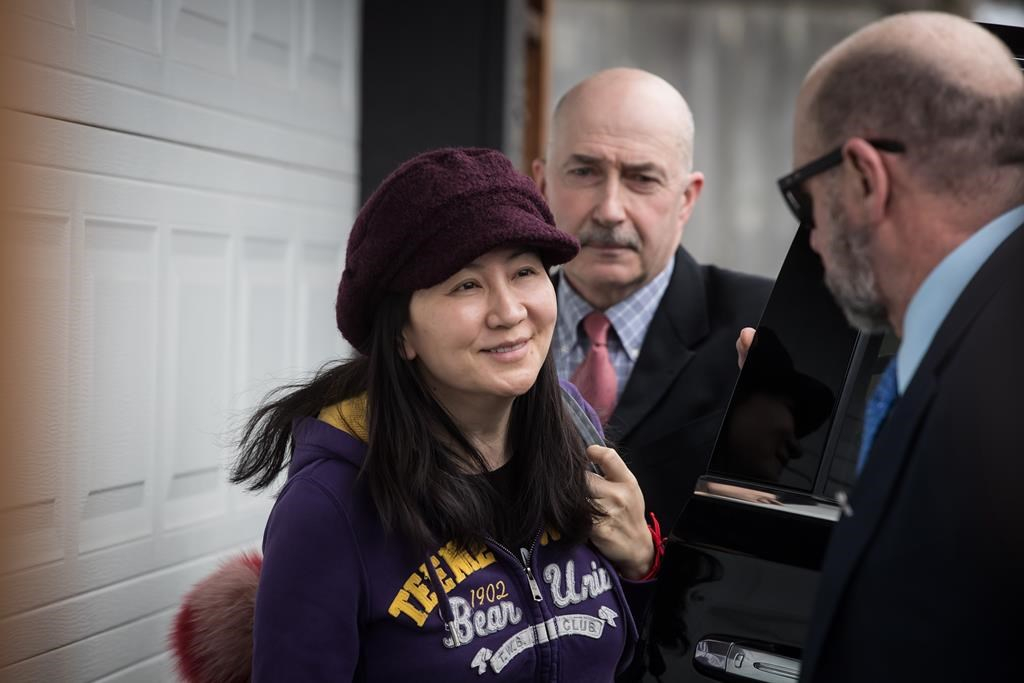 Huawei chief financial officer Meng Wanzhou arrives back at her home after a court appearance in Vancouver, on March 6, 2019. File photo by The Canadian Press/Darryl Dyck
Previous story

The Department of Justice says in a statement the appearance is also an opportunity for Meng's lawyers to discuss the scheduling of any pre-hearing applications they want to bring forward.

It says they may also review administrative matters like Meng's bail conditions.

Meng was arrested in December at Vancouver's airport at the request of the United States, which is seeking her extradition on fraud charges.

She has been free on bail and is living in one of her two multimillion-dollar homes in Vancouver while wearing an electronic tracking device and being monitored by a security company.

Meng and Huawei have denied any wrongdoing.

Tensions between China and Canada have escalated and just days after Meng was arrested China imprisoned two Canadians.

China has also banned shipments of canola and some pork imports in what is widely seen as economic retaliation for the arrest.