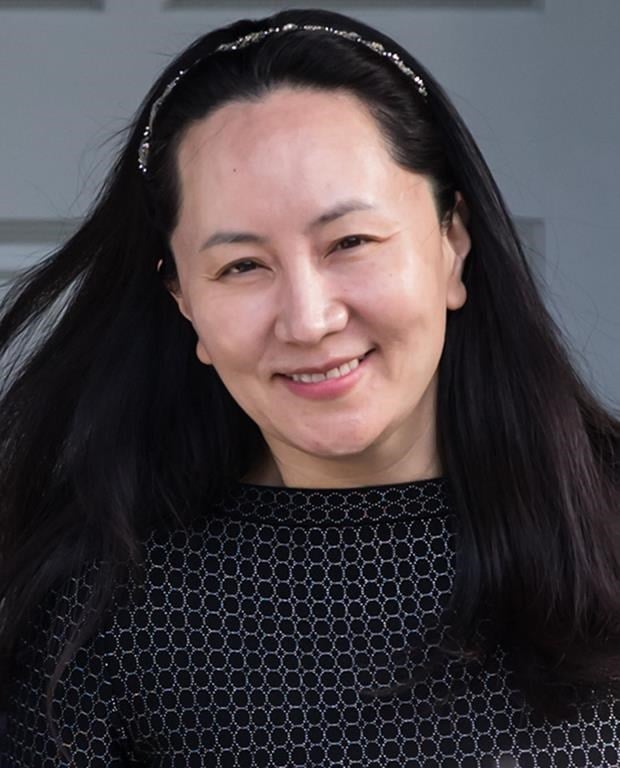 Huawei chief financial officer Meng Wanzhou smiles as she leaves her home to attend a court appearance in Vancouver, on Wednesday, May 8, 2019. Photo by The Canadian Press/Darryl Dyck
Previous story
Next story

The defence team for Huawei executive Meng Wanzhou says it plans to argue that she shouldn't be extradited to the United States because she hasn't violated sanctions under Canadian laws and her arrest at Vancouver's airport was unlawful.

The defence summarized arguments it plans to pursue during a hearing Wednesday at B.C. Supreme Court where key court dates were to be set for the extradition case, which has not yet begun.

Her lawyers allege Meng was the victim of two "abuses of power," first by Canadian arresting authorities and then by U.S. President Donald Trump, and they plan to make an argument based on "double criminality," related to different sanction and fraud laws in the United States and Canada.

Scott Fenton, one of Meng's lawyers, said the defence is seeking further disclosure related to the "unlawful detention, search, interrogation and delayed arrest of Ms. Meng."

While the Department of Justice has provided the defence with some documentation of the arrest from the RCMP and Canadian Border Services Agency, the defence is seeking audio files and says it needs more time to gather other documents related to case through freedom of information requests.

It has already gathered 1,742 heavily redacted pages of evidence through requests from RCMP and CBSA, but continues to gather more.

Meng was also subject to "political abuse," in the form of statements made by Trump, Fenton said. Trump has said he'd intervene in the case if it would help secure a trade deal with Beijing.

"It's our submission that those statements directly in relation to the Meng case are intimidating and corrosive of the rule of law," Fenton said, adding they should disentitle the U.S. from being able to seek extradition.

John Gibb-Carsley, lawyer for the Attorney General of Canada, asked Justice Heather Holmes to allow the case to proceed as quickly as is fair and possible.

"My concern is delays now may simply compound over time," he said.

The limited scope of an extradition hearing means the Crown's disclosure obligations are different from domestic prosecutions, so it's up to the defence to prove they're entitled to more, he said.

While it's not yet time to make arguments in the case, he said the focus on sanctions is a "complete red herring."

"This case is about an alleged misrepresentation made by Ms. Meng to a bank that they relied upon, and in so relying, put their economic interests at risk," Gibbs-Carsley said.

Benjamin Howes, vice-president of media affairs at Huawei, said outside the courthouse that Meng intends to apply for a stay of the extradition proceedings.

"From the beginning, Huawei has expressed extreme confidence in Ms. Meng's innocence. We have maintained that her U.S.-ordered arrest was an unlawful abuse of process — one guided by political considerations and tactics, not by the rule of law," he said.

The U.S. Department of Justice laid 13 criminal charges, including conspiracy, fraud and obstruction, against Huawei and Meng, who is the daughter of company founder Ren Zhengfei. The indictment accuses Huawei and Meng of misrepresenting their ownership of Skycom, a Hong Kong-based subsidiary, between 2007 and 2017 in an effort to circumvent U.S. sanctions against Iran.

Meng is alleged to have said Huawei and Skycom were separate companies in a PowerPoint presentation during a meeting with an executive of a financial institution, misleading the executive and putting the institution at risk of financial harm and criminal liability.

Howes said the PowerPoint was not misleading, the bank had knowledge of the nature of Skycom's business in Iran and the bank understood the relationship between Huawei and Skycom.

The actions directed in part by the FBI led to "serious and repeated" violations of Meng's rights under the charter, he said.

RCMP intentionally delayed the arrest, carrying out an unlawful detention and search against Meng under pretence of a routine border check, he alleged. Her luggage was searched, her cellphone and electronic devices were taken, and she was compelled to reveal her passwords, Howes added.

Mounties said they were unable to respond to a request for comment on Wednesday.

Howes said double criminality is a core principle of the Canada-U.S. extradition treaty and Canadian extradition, and Meng's arrest violated that principle.

The allegations against Meng are based on violations of U.S. sanctions against Iran, but Canada does not impose sanctions on financial services in relation to Iran, and because of this, the allegation she faces is not a crime in Canada, he said.

The case has set off a diplomatic furor, with China's embassy calling it a "political persecution." After Meng's arrest, two Canadians were detained by Beijing and Chinese state media has said they face allegations of spying.

A Chinese court also sentenced a Canadian to death in a retrial on allegations of drug trafficking, overturning a 15-year prison term handed down earlier. China is also blocking imports of canola from Canada.

Meng has been under house arrest since mid-December at one of her two multimillion-dollar Vancouver homes.

Court also heard that Meng must sell the home she has been living in "for personal reasons."

David Martin, another lawyer for Meng, said she is requesting a surety substitution and pointed to an affidavit from a court designate that says Meng's second property is larger, gated and minimize security issues.

The current residence is on a corner and "apparently large numbers of people go there (and) sometimes approach the house."

The disclosure application hearing is scheduled to begin Sept. 23.

It's a weird situation. Here

It's a weird situation. Here we are busily applying the "rule of law", which is good although I find myself wondering just how rigorously we'd be applying it if it was the CEO of SNC-Lavallin someone wanted extradited, or if it was Greece or Bolivia who wanted a big time executive of a huge Chinese multinational instead of the US.

But let's face it, the US is NOT applying the rule of law, they're pulling a political prosecution either to try to bully the Chinese into toeing their sanctions line (which violates a UN-ratified treaty and whose extraterritorial application itself probably violates international law) or as a bargaining chip in trade talks, or both. This is negotiation as practiced by medieval barons or the mafia. So I find myself rather hoping that we do not end up an accomplice to the US' hostage-taking.

Oh what a tangled web we

Oh what a tangled web we weave when first we practice to deceive. Evidently all parties to this fiasco are up to their necks and sinking into mires of deceit. Not sure how much deception Canada has been party to, but the common belief in Canadian media is that we are unfortunate pawns, the sacrificial pivot around which U.S. and China are circling like snarling apex predators.
The one thing we can be certain of is that neither U.S. nor China are guiltless in this mess and both have much more going on than the fate of one ( likely disposable) female Chinese executive.

With Trump at the helm the pit is likely to get much deeper and darker and more like a black hole every day.

OK, now is the tape machine off? Right, where is that roll of duct tape? Yes, that one - its got enough on it to wrap around his mouth and head several times, and we can use the rest to turn his hands into paws - and hide all the ipods and ipads and laptops. Got to shut down the f...ing everlasting twittering!.
All right, now who's going to take him to the bathroom? Sheesh guys!?, Fellows come on back we can draw straws for escort duty!