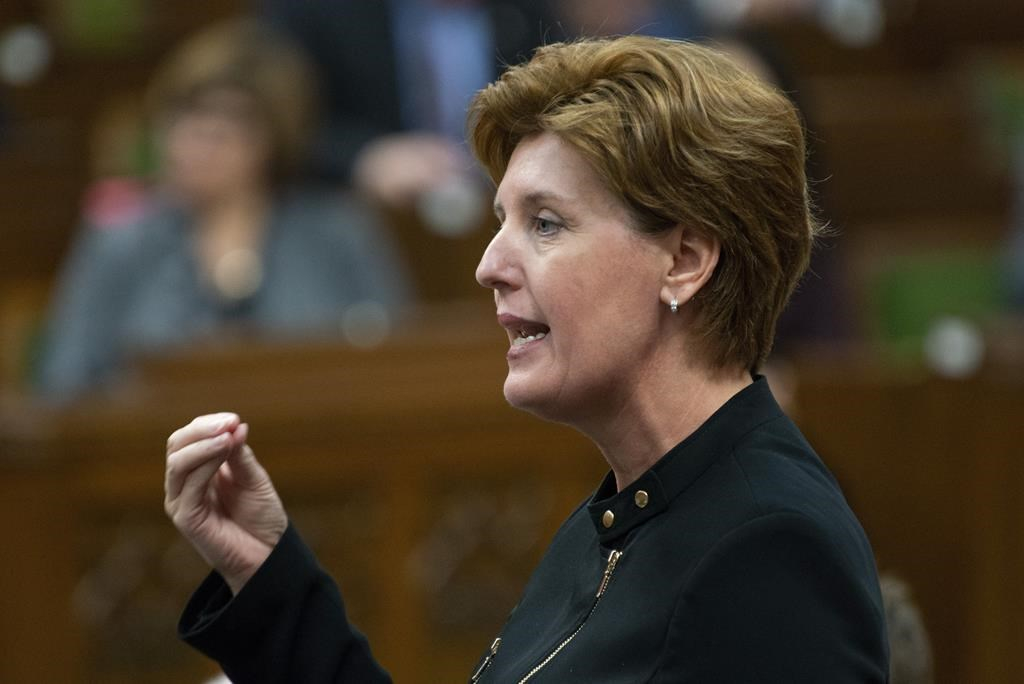 Agriculture Minister Marie-Claude Bibeau responds to a question during Question Period in the House of Commons, on Monday, April 29, 2019 in Ottawa. File photo by The Canadian Press/Adrian Wyld
Previous story
Next story

Agriculture Minister Marie-Claude Bibeau briefly met with her Chinese counterpart, where she expressed Canada's concern with the suspension of canola exports to China over claims it is contaminated.

Both were attending the G20 Agriculture Ministers' Meeting in Japan on Monday.

A news release from the agriculture ministry says the two officials had "an introductory conversation on the margins of the G20," where Bibeau urged that the issue needs to be resolved quickly.

The release says Bibeau expressed that the Canadian government "stands firmly behind its robust inspection system and good reputation of being a reliable supplier of quality products worldwide."

China's rejection of Canadian food products is part of escalating tensions following the December arrest of a Huawei Technologies executive on a U.S. warrant alleging fraud.

Prime Minister Justin Trudeau also said last week that the decision by Beijing to ban Canadian canola is linked to the trade war between China and the U.S.

Trudeau said Canadian canola is "unimpeachable in terms of its quality" and China is using concerns over it "as an excuse to prolong what is fundamentally a conflict, not even with Canada, but between the two largest economies in the world."