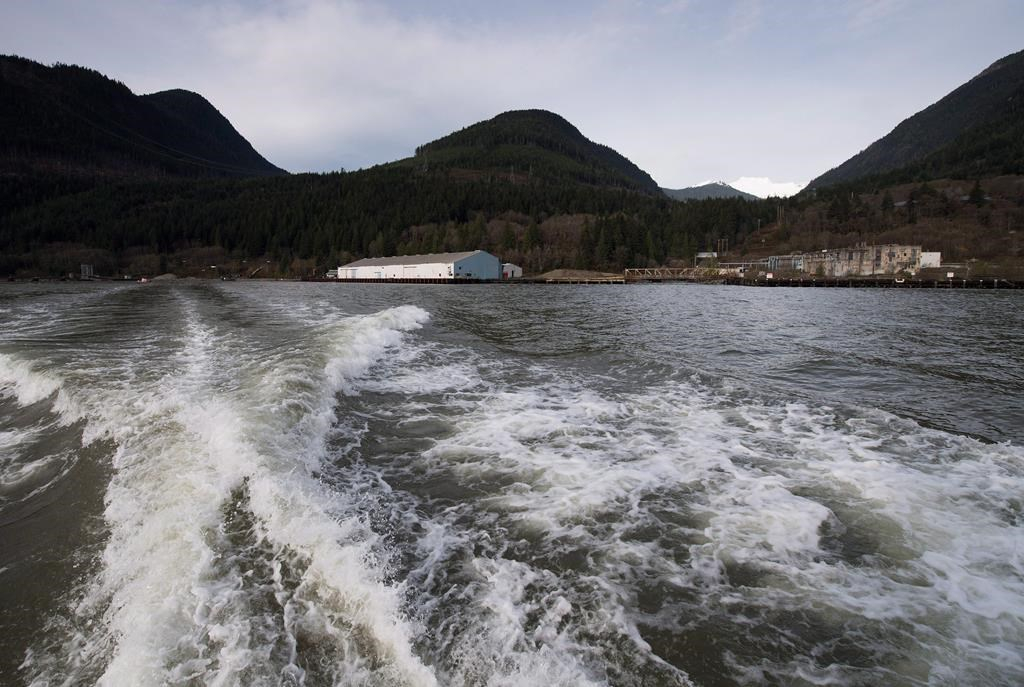 The Woodfibre LNG project site is seen on the waters of Howe Sound near Squamish, B.C., on Friday, Nov. 4, 2016. File photo by The Canadian Press/Darryl Dyck
Previous story
Next story

The developer of the proposed Woodfibre LNG project on the West Coast is buying a private Calgary oil and gas producer.

In a joint announcement, Pacific Oil & Gas Ltd. says it has struck a cash deal to buy Canbriam Energy Inc., which produces natural gas from the prolific Montney geological formation in northeastern B.C. Financial details were not disclosed.

Pacific Oil & Gas is an arm of the Singapore-based Royal Golden Eagle group of companies, focused on energy development for the Asian market.

The companies say the transaction will result in a "well-capitalized" entity able to grow current Canbriam production of about 200 million cubic feet per day of natural gas, including 6,000 barrels per day of associated natural gas liquids.

The Woodfibre LNG project, located southwest of Squamish, B.C., is licensed to export 2.1 million tonnes of liquefied natural gas per year for 40 years but has not been officially sanctioned for construction.