By Cecilia Keating | News | May 15th 2019
#5 of 83 articles from the Special Report: Democracy and Integrity Reporting Project 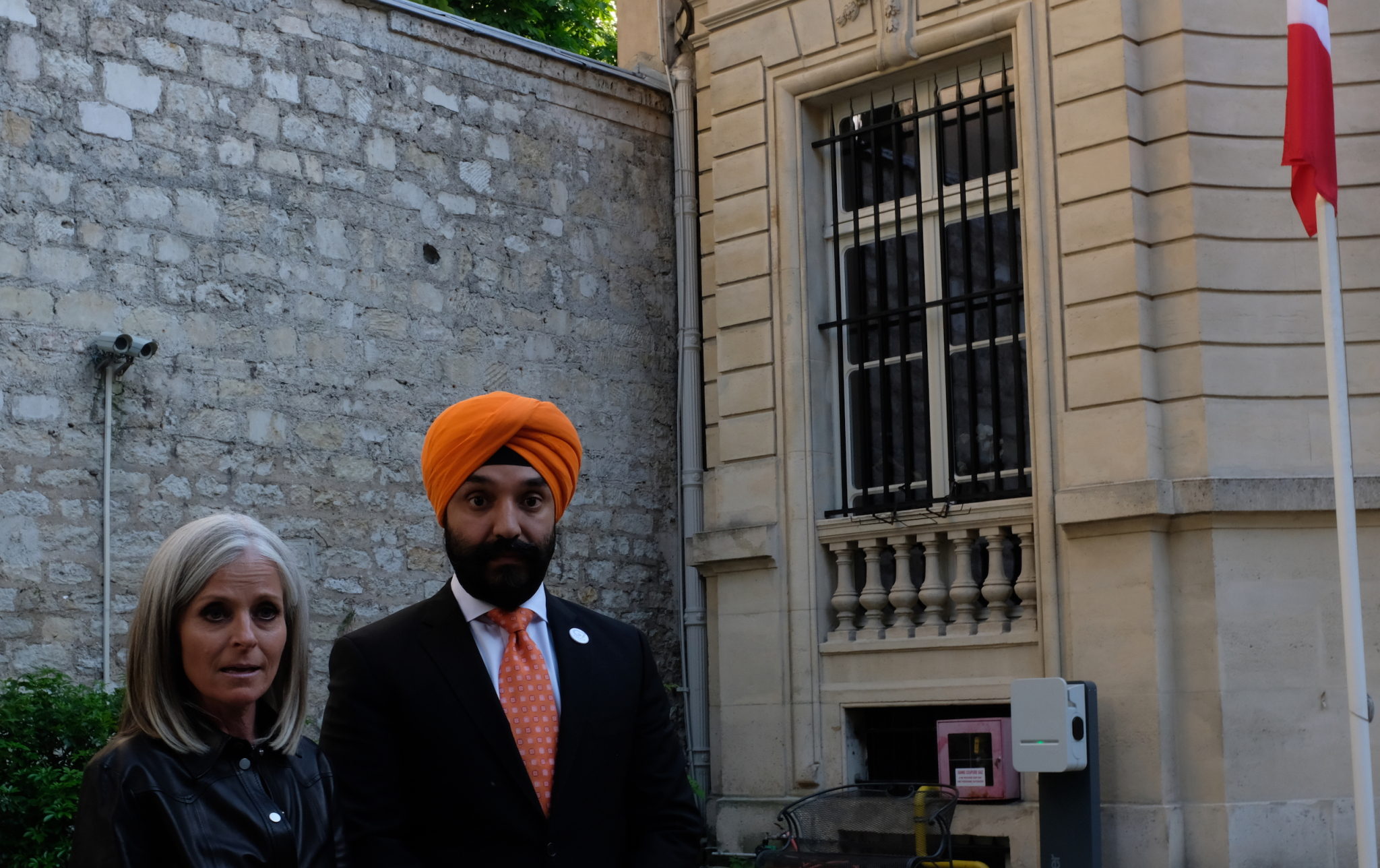 The launch of a new global initiative to reduce online incitement of violence, hatred and extremism may pressure the United States to implement its own measures, says Innovation, Science and Economic Development Minister Navdeep Bains.

The minister made the comments Wednesday after the United States balked at participating in the initiative on grounds it may impinge on free speech.

He spoke in the sunlit courtyard of the Canadian ambassador's official residence in Paris, at the close of a summit of governments -- among them Canada, the European Union, United Kingdom, Indonesia, France and Ireland -- with such global technology heavyweights Facebook, Amazon, Twitter, Microsoft and Google.

The technology providers and global leaders were in Paris to sign a call to action that aims to slow the spread of online incitement of extremism and terrorism, named the 'Christchuch Call' after the tragedy that prompted the summit.

Bains was scheduled to attend an informal G7 meeting of ministers focused on building digital trust in Paris on Thursday. On Wednesday he fielded questions about the pledge Prime Minister Justin Trudeau signed at the Elysée Palace.

"The March 2019 terror attack in Christchurch was a harrowing reminder that we need to take coordinated action to prevent social media and other online platforms from being used as a tool to incite, publish and promote terrorism, violence, and hatred," Trudeau said in a written statement.

Hateful content online has deadly consequences, and we need to stop it. Today in Paris I joined @jacindaardern, @EmmanuelMacron & other leaders in adopting the Christchurch Call to Action - a global pledge to end terrorism & violent extremism online. More: https://t.co/MiQ9EQHGlP pic.twitter.com/ETKqBBNzyK

The Christchuch Call outlines collective, voluntary commitments from governments and online service providers aimed at clamping down on the proliferation of terrorism and violent extremism online.

"We don't have the luxury of maintaining the status quo," says @NavdeepSBains ‏on deal to reduce online hate

The proposals were spearheaded by New Zealand Prime Minister Jacinda Ardern in response to the deadly terror attack, streamed live to Facebook, that killed 51 worshippers in two mosques on March 15. The meeting was co-hosted by French Prime Minister Emmanuel Macron.

The pledge encourages governments to support industry standards that ensure reporting on terrorist attacks does not amplify them and to “take appropriate action to prevent the use of online services to disseminate terrorist and violent extremist content.” This includes implementing unspecified regulatory or policy measures that are “consistent with a free, open and secure internet and international human rights law.”

The non-binding pledge encourages online service providers to review the algorithms that drive users towards terrorist and extremist content and to commit to transparency and enforcement of community standards.

Signatories also committed to collaborate by supporting academic research, cooperating with law enforcement, and developing interventions to redirect users away from violent and extremist content.

Among the 17 government signatories are Canada, France, the European Union, the United Kingdom and Ireland. Facebook, Amazon, Microsoft, Twitter and Google also signed.

When questioned whether the call to action has teeth with endorsement by the government of the United States – the country where Facebook, Twitter and Google have headquarters – Bains said that the collaboration was necessary to put pressure on the American government.

“Look – we have to act. We don’t have the luxury of maintaining the status quo,” he said. “We are working with like-minded nations and clearly this will put pressure on other countries – like the US – to acknowledge that this is a real issue and that we need to address it in a meaningful way.”

A White House statement published in the Washington Post and elsewhere on Wednesday expressed concern that the call to action might impinge on the right to freedom of speech.

“We continue to be proactive in our efforts to counter terrorist content online while also continuing to respect freedom of expression and freedom of the press,” the White House said. “We encourage technology companies to enforce their terms of service and community standards that forbid the use of their platforms for terrorist purposes. Further, we maintain that the best tool to defeat terrorist speech is productive speech, and thus we emphasize the importance of promoting credible, alternative narratives as the primary means by which we can defeat terrorist messaging.”

Bains also said, “we hold public broadcasters responsible, we hold newspapers accountable and platforms must also be held accountable. They must and play a role in addressing these issues and that's what we are here today to discuss. This is really a call to action for governments and for the platforms to work together to address these issues.”

Facebook, Microsoft, Twitter, Google and Amazon also published a nine-point plan on Wednesday that details how they will go further to combat the proliferation of extremism and violence.