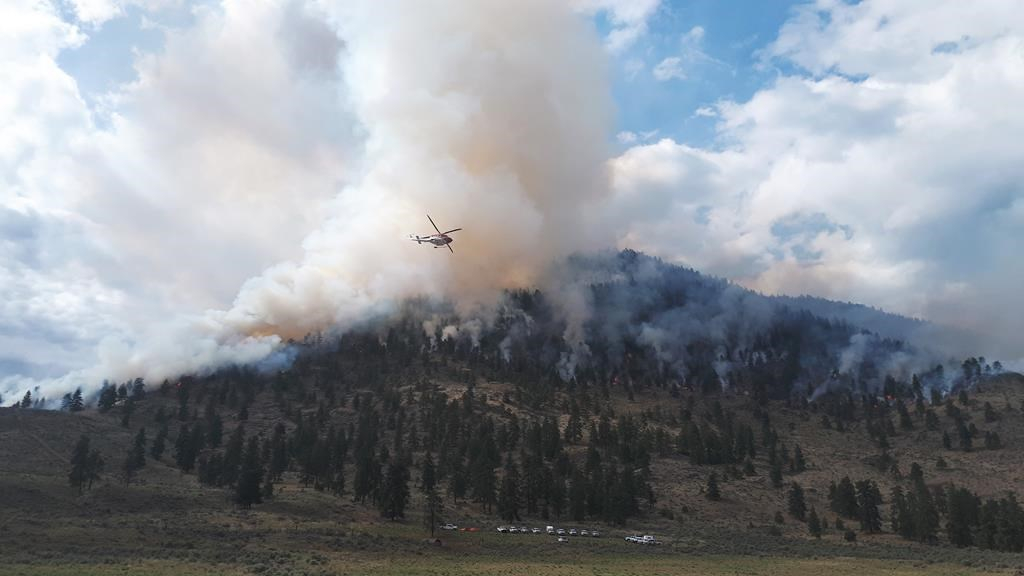 A helicopter flies as a wildfire burns near Osoyoos, B.C. in this undated handout photo. Handout photo by BC Wildfire Service
Previous story
Next story

Crews say they are making good progress taming a wildfire that has prompted evacuation alerts for several properties in British Columbia's southern Okanagan.

The BC Wildfire Service says the blaze 12 kilometres west of Osoyoos along Highway 3 has charred just over five square kilometres of trees and bush.

The wildfire service says planned burns on two of the fire's flanks Wednesday pushed flames into more workable terrain, away from steep slopes north of the highway.

Containment is now listed at 80 per cent.

Four firefighters monitored the situation overnight, while the Regional District of Okanagan-Similkameen is maintaining evacuation alerts for a total of 14 properties in the Cawston area.

Environment Canada says just a trace of rain fell in the region Wednesday, but more is forecast through Friday, with as much as 25 millimetres possible in some areas by the weekend.