The myth of the anti-Alberta Liberal 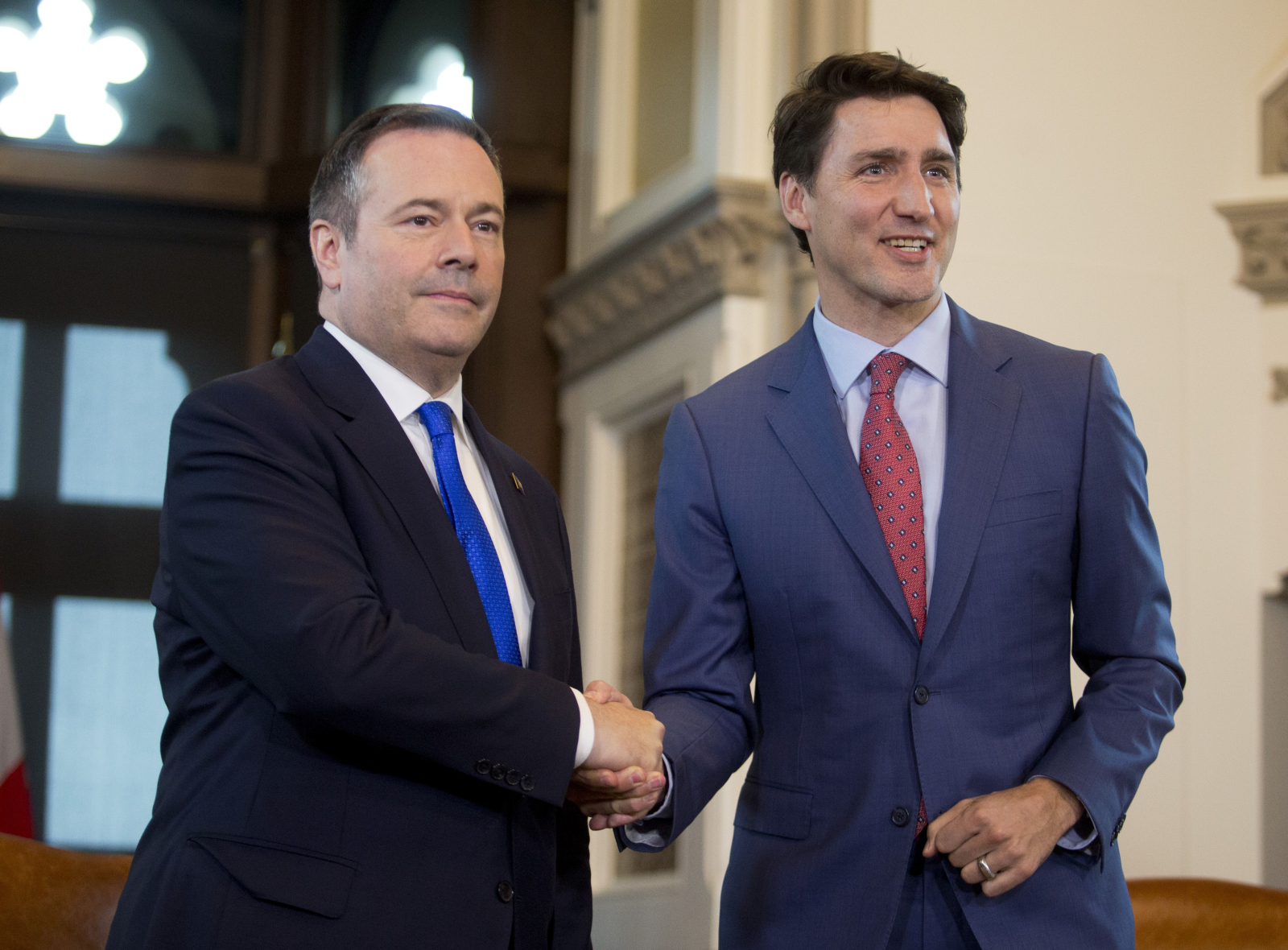 Oh, Canada. We may not have a national mythology built on a phrase like the American 'Life, liberty and the pursuit of Happiness,' but we do have a myth based on the refrain that 'Ottawa Liberals hate Alberta.'

This goes back a long way, and given we’re talking about Alberta, oil and gas along with pipelines are often involved. In 1957, the Liberals pushed through a trans-national pipeline to deliver natural gas from Alberta to central Canada after several years of delays, crises and complications. The delays included resistance from Albertans who weren’t sure they had enough material to sell East and a preference to sell to the United States. Louis St. Laurent’s government was defeated by John Diefenbaker’s Conservatives after a scandal over the final push of the pipeline in Parliament.

The Liberal government’s crime? Back in the fifties, the Liberals got into trouble with the public for pushing approvals through too quickly to get the line built fast. Damned if you do. See what I mean about inventing new ways? It’s the opposite now, where we hear Albertans don’t want to sell more to the U.S. and have lately expressed a preference to push oil into New Brunswick.

Ironically, the same TransCanada pipeline that took down St. Laurent is a key component of the defunct Energy East proposal, a project that has suddenly become a symbol of the East’s alleged indifference to Alberta’s energy slump. That proposed line also has the advantage, for certain commentators and newly-elected Alberta Premier Jason Kenney, that Quebec doesn’t want it. Nothing better than combining oil and gas with the issue of perceived ingratitude of Quebec for Alberta’s transfer payments. Add to the mix a belief in the falsehood that Saudi crude oil is being refined in Quebec and you have a lot of angry tweets and commentary.

On Energy East the facts don’t matter; Rex Murphy and others blame the Liberals for its demise. There is little blame on the bad economics of moving diluted bitumen through that line or on the absence of a refinery with the expensive specialized equipment capable of refining significant additional diluted bitumen in Eastern Canada. None of that appears to matter to the people who want to believe that this economically unjustified pipeline won’t be built because the Liberals hate Alberta.

No lessons learned from history

Such thinking was common, too, in the 1980s when the then Liberal prime minister Pierre Trudeau allegedly destroyed the oil economy of Alberta with his National Energy Program (NEP). Except he didn’t. What Trudeau was guilty of was terrible timing. He did make a cash grab for a piece of the Alberta oil pie when investment was flooding into Alberta because oil prices were taking off.

But then the world oil price collapsed and the price didn’t start ramping up again for a couple of decades. Sound familiar? Because of world oil markets, Alberta suffered a decline in the oil industry.

The NEP and the fights over it made things worse but it was the world price of crude that caused the most damage to the Alberta oil economy. It may be easier to blame Ottawa than accept that the oilsands are one of the world’s marginal sources of crude, making your economics less viable than in other producing areas.

Pierre Trudeau also made another blunder. He put guarantees in place for a pipeline, Enbridge Line 9, to push Alberta crude from Sarnia to Montreal in 1976. That’s how much he “hated” Alberta; he wanted Alberta crude in Montreal and put money behind it. The Government of Canada even negotiated an option to purchase Line 9.

No matter what he did, history tells us that Justin Trudeau would never be loved for it in Alberta. #cdnpoli #abpoli

The economics said this line was a bad idea. Only dribbles of crude came through and eventually the federal government ended up paying almost as much in guarantees ($200 million) to Enbridge as the pipeline cost to build ($247 million).

The line sat empty for years, reversed finally around 2000 to bring foreign crude to Ontario and then re-reversed in 2015 as the economics finally arrived for Canadian crude in Montreal. There’s a real lesson in that. Pipelines for crude require the right economics or the crude doesn’t flow and somebody pays a lot of money for empty lines. Something it seems many people want us to repeat, no lessons learned from history.

That brings us to Justin Trudeau, the man who has supported the Trans Mountain pipeline expansion ever since he gained power. He threw away some of his B.C. support when he and his cabinet approved it. He put another nail in that coffin when he went to the crazy lengths of buying the aging pipeline to ensure the expansion project didn’t die when the owner made some noise. That’s how much he “hates” Alberta; he actually tried to please Alberta and threw away voter support while spending billions. Alberta doesn’t care; they know he hates them just like his dad -- you know the man who brought Alberta oil to Montreal.

Andrew Scheer played into this mythology recently with his claim that the Liberals are perpetrating "all-out legislative attack" that will "deliver a death knell to a critical Canadian industry." Sheer’s idea to counter the supposed attack? Create a West-East corridor so nobody gets in the way of oil. He fails to mention that the oilsands can’t compete with higher quality U.S. fracked oil in Eastern Canada’s relatively simple refineries.

This discussion does not revolve around facts. It revolves around deeply- held beliefs that run counter to facts. We can look south at our American friends and how a swath of President Donald Trump’s support is based on myths of big coal and Midwest manufacturing’s golden years that haven’t existed for many decades. We tut about how deluded they are. Yet when it comes to Alberta oil, the myth of the Liberal plot persists.

Justin Trudeau’s Alberta efforts were doomed before he started, not because of what he would or wouldn’t accomplish, but because no matter what he did, he would never be loved for it in Alberta. History tells us so.

Thank you for the history

Thank you for the history lesson. I will share this but, unfortunately, few will actually read it. We, as a society, want quick, easy answers and tend to live in our own “information” silos - that is very discouraging. Andrew Scheer, Jason Kenney, and their ilk frighten me as they seem prepared to go to any lengths to get elected; it is all about power and control - with all the mistruths and lies told, these “good Catholics” must have a priest on retainer.

At its core is all religion

At its core is all religion about faith, and what is faith if not the suspension of disbelief? In the extreme does it set us up, collectively, to be manipulated by demagogues?

The victim blame game will

The victim blame game will always triumph over reality. Alberta's economy, whether it was settlement, agricutlure, or eventually resource extraction, it appears, has always been dependent on subsidies. Railroad building, pipeline building, transfer payments? you name it. And when Alberta hits boom times it is always because of Alberta's superior "management" - not because of foreign investment, or federal policies, or Canadian taxpayer support, or general, global demand.

And while we are at it,

And while we are at it, Alberta's superior management has allowed its piratical extraction industries to fail to live up to their obligations or address their left-behind liabilities while the flow of profits to foreign investors continues to strip Alberta naked.

Yes, the environmental cleanup liabilities that continue to mount is kind of the antithesis of the Heritage Fund that Mr. Lougheed envisioned so many years ago and Norway, for one, has now successfully established. How many trillion will it cost Albertans' children? Does anybody even know enough to even hazard a guess?

I suppose if Alberta parents can push that one under the rug so easily it's no surprise that the larger issue of climate change also doesn't lead to any loss of sleep.

Here's another funny aspect to it all: this is not about memory. I was one of the people thrown out of work in 1982 by the Great Crash. I was 24, and if it had been one year earlier, I would never have gotten enough work to earn my "P.Eng." after engineering in university; I know guys whose lives were permanently damaged. I remember the pages of "dollar sales" in the Calgary Herald, people giving up their homes for a buck to anybody who'd take over the under-water mortgage.

But the thing is, the population of Calgary was barely 620,000 at the time; it is double that now. Half the people in Calgary came from somewhere else. (Oh, and half the people around in 1982 are obviously dead, particularly those who were in prime earning years, late 40s, some 37 years back.)

So this antipathy is a propgating cultural meme: people come to Calgary from Ontario or PEI or Sri Lanka, learn from others what the history and issues of the city are, and develop a hate for eastern liberals who never did anything to them. Go figure.

Confirmation bias so deep-seated that it is almost tribal?

What can we do to reset the conversation when commodity price boom-to-bust for some simply shifts focus from cocky-to-angry? Or, more simply stated - "if we are winning it's 100% due to our own hard work, and if we are losing, despite our hard work, it must be someone else's fault", when the truth of the matter is that either way "it's all about the price of oil". Are we're dealing with the cultural equivalent of a 5 year old child? Or is it worse, as a 5 year old child is at least still capable of learning?

It's time for folks not on the Kenney bandwagon to step up and have their voices heard, too, lest their children inherit a toxic legacy and face a diminished future.