Money laundering report a wake-up call for Canada, but some provinces skeptical 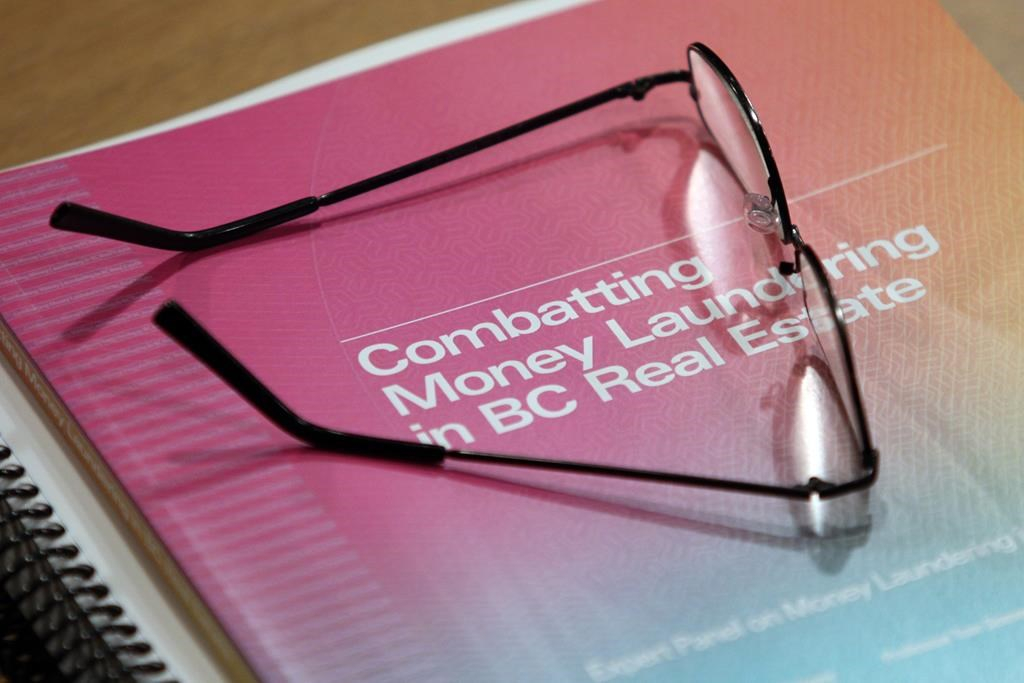 Glasses rest on a copy of Peter German's investigation report into money laundering in the B.C. real estate industry during a press conference in Victoria, B.C., on Thursday, May 9, 2019. File photo by The Canadian Press/Chad Hipolito
Previous story
Next story

The authors of a report that found $47 billion was laundered across Canada last year debated whether to include a graph that indicated Alberta, Ontario and the Prairies were hotspots for dirty money, says the lead writer.

Maureen Maloney said her expert panel used the best mathematical model available to reach the estimates, but it's more reliable at a national level than a provincial one, so they questioned whether to publish the figures.

"But we thought, 'No, we need to do this, because people need to know it's not just a B.C. problem,' " said Maloney, the province's former deputy attorney general and a public policy professor at Simon Fraser University.

"It's a big B.C. problem, but it's everybody's problem. And to the extent that B.C. starts fixing our problem or at least makes our province less enticing to money launderers, they're going to go elsewhere. They're not going to disappear."

The report, one of two recently released by the B.C. government, aimed to sound a nationwide alarm about money laundering. But some provinces have reacted with skepticism, as Alberta questioned the numbers and Ontario said it will monitor the issue.

Maloney said there is no reliable data on money laundering in Canada, so the panel used what's known as the gravity model, which estimates the flow of dirty money between countries based on characteristics including GDP per capita and crime rates. The panel divided Canada into six regions and treated each region as a country.

The panel estimated that Alberta led the country for money laundering in 2015 with $10.2 billion, followed by Ontario with $8.2 billion and the Prairies — Saskatchewan and Manitoba combined — with $6.5 billion.

To the surprise of many, B.C. came in fourth with $6.2 billion, scuttling its reputation as the money laundering capital of Canada.

The authors noted that the relatively high estimates in Alberta and the Prairies might arise from the importance the model places on crime rates and GDP levels, which were high prior to the oil downturn.

Still, the panel concluded that money laundering is corroding "the very fabric of society" across Canada, and laid out a vision for it to become a national priority. Multiple recommendations call for the B.C. government to persuade its provincial and federal partners to take action.

Other provinces have yet to confront the issue with the zeal of B.C., which announced this week it will hold a public inquiry.

Alberta Justice Minister Doug Schweitzer said the province takes criminal activity seriously, but the figure presented in the report is the product of modelling that may not be completely reliable.

"We use intelligence from front-line law enforcement agencies, not data we can't verify. We will continue to work with our law enforcement partners to protect law-abiding Albertans," he said in a statement.

Money laundering is nearly impossible to quantify because, by nature, it's hidden, but the report's estimate for Alberta seems high, said Greg Draper, a national lead of valuations, forensics and litigation support with law firm MNP LLP and a former RCMP investigator based in Calgary.

"I would expect that Vancouver has a bigger issue than Alberta, which is not to say that Alberta does not face its own money laundering risks," he said, adding illicit money is being washed through the province's casinos, housing and cash businesses.

Ontario's real estate association was so alarmed by Maloney's report that it contacted its provincial government to call for a beneficial ownership registry. B.C. has already announced plans for such a registry, which collects the names of people buying property using corporations, trusts and numbered companies.

Ontario Finance Minister Vic Fedeli wasn't available for an interview and in a statement his department didn't indicate it was planning to take any urgent action.

"What I can tell you is that we are discussing this issue with our federal and provincial partners — most recently at the last meeting of Canada's finance ministers. This is something we will continue to monitor," said spokesman Peter Spadoni.

Both Saskatchewan and Manitoba said they are taking measures to combat money laundering and pointed to their civil-forfeiture programs, which enable provinces to seize assets believed to be the proceeds of crime without laying criminal charges.

Saskatchewan added that it will pursue legislative amendments to ensure that corporations hold accurate and up to date information on beneficial owners. But it noted it was difficult to draw conclusions about the province from the Maloney report.

"The report itself states there are limitations on the methodology, so it isn't clear what proportion of the Prairie figure in the report applies to Saskatchewan," it said.

Jason Childs, an economics professor at the University of Regina, said he would expect money laundering to be worse in B.C. due to its sky-high real estate market, but Saskatchewan's gaming industry is extremely vulnerable.

"We have a lot of comparatively small casinos that are going to be operating with different levels of oversight," he said. "And then you've got, also, a lot of cash business going on in Saskatchewan still."

As for the federal government, Prime Minister Justin Trudeau described the reports as "alarming" and said his government has strengthened audits on real-estate transactions and is working with provinces to do more.

Maloney said better data is needed, but if anything, the panel's estimates might actually be lower than the reality.

"Our numbers are not definitive. Nobody's numbers can be definitive. But we think at the moment, given the data that is available to us, this is probably the best guesstimate there is," she said.

"But I would say if we were erring on any side, it would be on a cautious, conservative side."

Get with it Canada or the

Get with it Canada or the next thing you know you will have the people turning on you and not so calmly either.