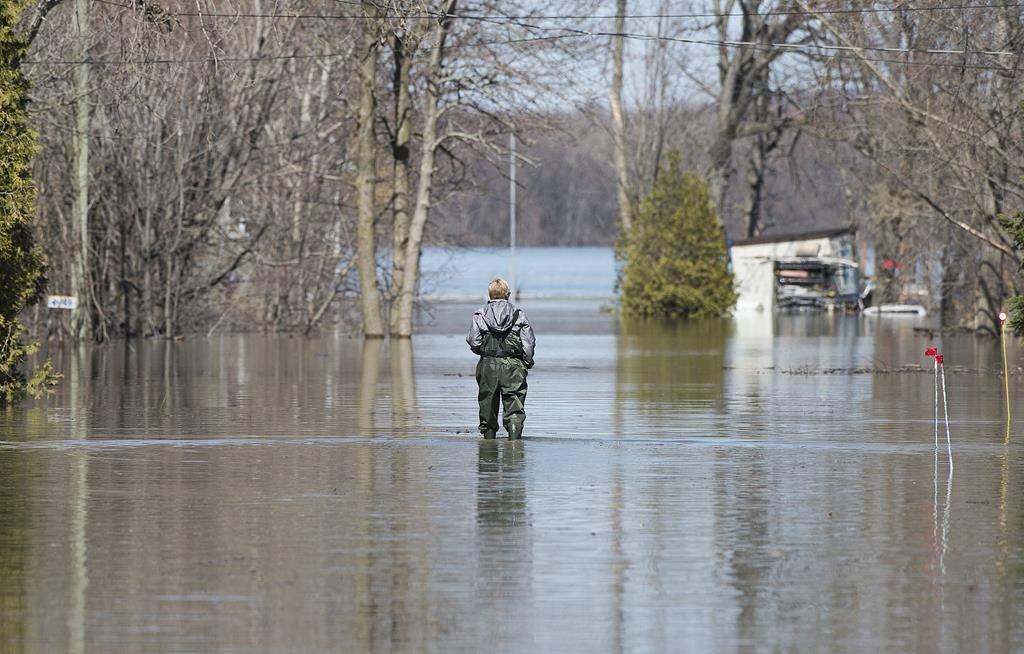 A woman wades through floodwaters on a residential street in the town of Rigaud, Que, west of Montreal, on Monday, April 22, 2019. File photo by The Canadian Press/Graham Hughes
Previous story
Next story

New data has revealed the scale and scope of this spring's devastating floods.

Statistics Canada says about 17,500 homes were either hit by flooding or deemed at risk — a number that could rise higher as insurance claims come in.

The data also suggests some 460 kilometres of roadways were either washed out or cut off by rising rivers.

That includes some 153 square kilometres of agricultural zone land, which could have a direct impact on the 2019 growing season.

Some municipalities were harder hit than others this spring — particularly in Quebec and New Brunswick.

In Quebec, Pontiac and Sainte-Marthe-sur-le-Lac, communities northwest of Montreal, saw 29 and 25 per cent of homes either hit by flooding or deemed at risk.

The New Brunswick communities of Lincoln and Burton as well as Pointe-Calumet, northwest of Montreal, rounded out the top five, with between 15 to 16 per cent of homes in those communities either flooded or at risk.

By The Canadian Press | News, Politics | May 14th 2019
Race Against Climate Change