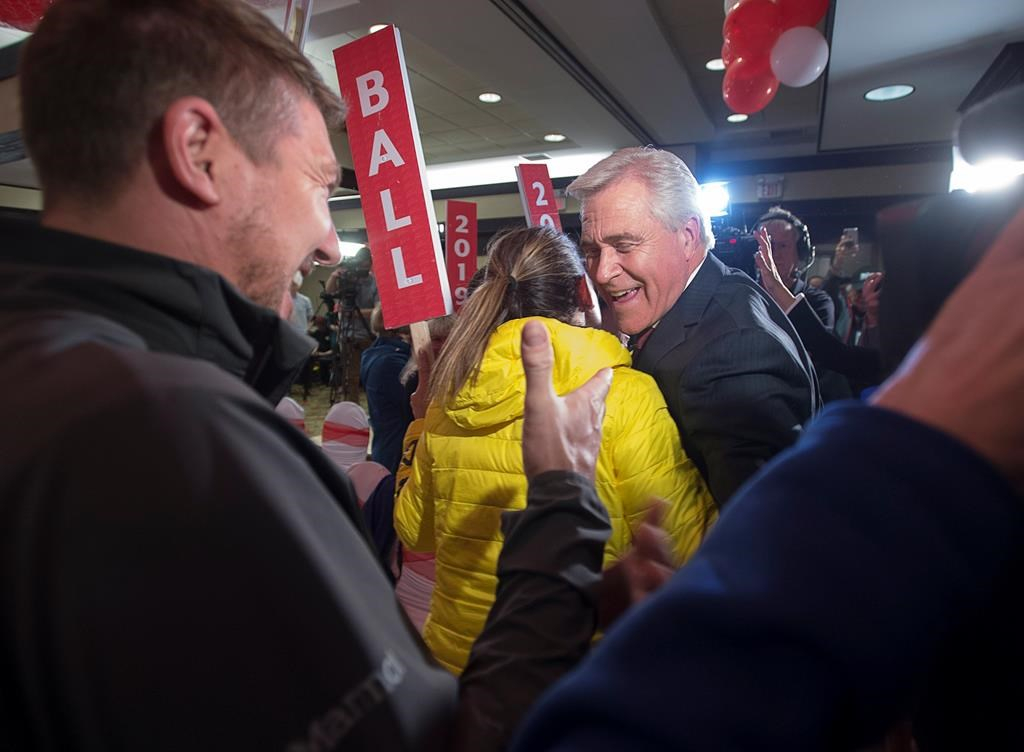 Premier Dwight Ball works his way through the crowd in Corner Brook, Newfoundland and Labrador after winning the provincial election on Thursday, May 16, 2019. Photo by The Canadian Press/Andrew Vaughan
Previous story
Next story

Newfoundland and Labrador woke up to its first minority government in nearly 50 years Friday morning, with acrimonious election night comments from party leaders leaving voters to wonder how long it will survive.

The slim win for Ball signals some voter dissatisfaction with his government since it won a landslide majority in 2015.

In a victory speech in Corner Brook late Thursday night, Ball spoke about the need for collaboration in the legislature while criticizing Crosbie afterwards for running "a very dirty campaign."

He emphasized the hard times the province went through during his first years in office and promised to stay humble in his second term.

Across the island in his St. John's district, Crosbie said he would not concede victory to the Liberals and predicted Ball's government would not survive the year.

Crosbie described the results as "a situation of constitutional instability" and said he would be reaching out to Independent and NDP members in the coming days.

Further details on the Tory leader's ominous remarks had been expected Friday, but a scheduled media appearance was postponed until next week.

The Liberals are one seat shy of the 21 needed for a majority, and the opposition parties don't have enough seats to topple the government.

Speculation has focused on the two elected Independents, Eddie Joyce and Paul Lane, both former Liberals.

Lane, who also previously sat as a Tory, indicated in Twitter posts Friday that he would not join any party.

With no incumbents in the race and candidates in just 14 ridings, the NDP rallied to claim three seats, including one for political rookie and party leader Alison Coffin.

While Coffin congratulated Ball on his "fine" campaign in her Thursday night speech, she said to applause that the premier had met a "formidable adversary" in her.