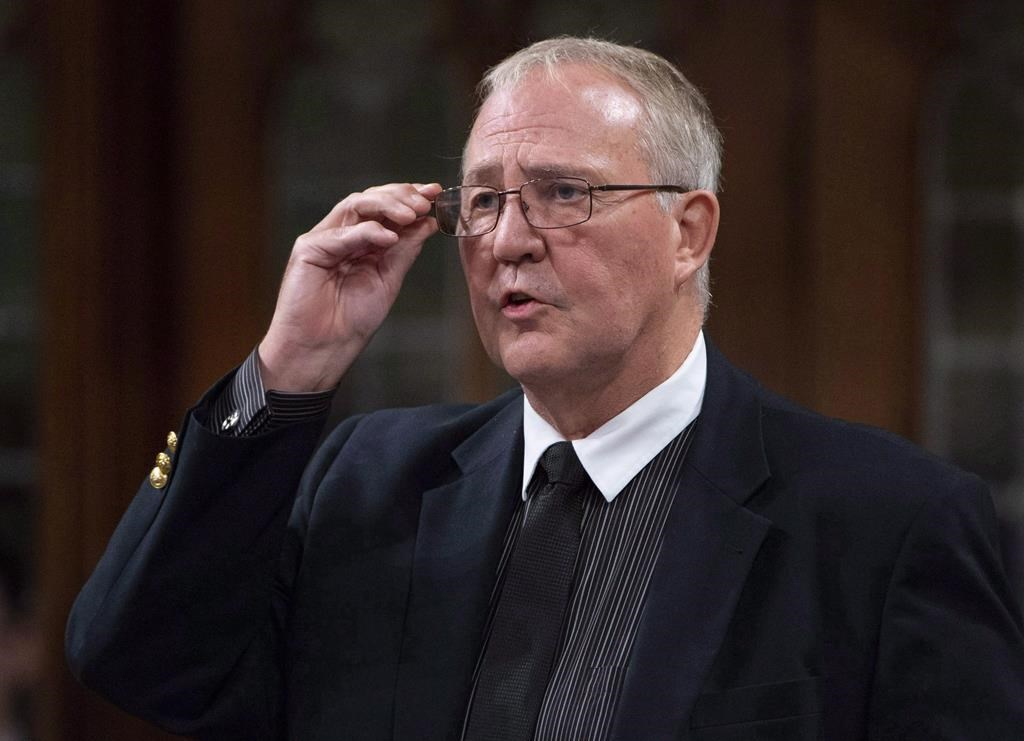 Minister of Border Security and Organized Crime Reduction Bill Blair responds to a question during Question Period in the House of Commons on Friday, October 19, 2018 in Ottawa. File photo by The Canadian Press/Adrian Wyld
Previous story

Bill Blair, the minister responsible for organized crime reduction and border security, announced funding on Tuesday of $10.1 million over five years to increase the number of officers trained in field sobriety testing and as drug recognition experts.

The money will also help police forces buy approved roadside devices to develop standardized data collection and help the province get a clearer picture of the extent of drug-impaired driving, Blair said.

"It's important for all Canadians to remember: Your life can be cut short or forever changed in an instant and you can seriously hurt the people you love most," Blair told a news conference at Vancouver Police Department headquarters.

The funding is part of $81 million in federal cash for provinces and territories to support road safety and other public initiatives, and Blair said he was working with other jurisdictions to finalize agreements.

Many police departments have been reluctant to use the only government-approved roadside test, the Drager DrugTest 5000, raising concerns about its bulkiness, its effectiveness in cold weather and how its test results will hold up in court.

A Nova Scotia woman who uses cannabis to treat her multiple sclerosis and whose driver's licence was suspended after failing the test has said she is planning a constitutional challenge of the device.

Drager has defended its test, saying it was never designed to test for impairment, but to identify the presence of THC, the intoxicating ingredient in cannabis, and it's just one tool of many that police use to assess road safety.

Blair said approval of the unit was based on advice from the Canadian Society for Forensic Sciences. Several devices were also tested for performance in cold weather by the Canadian Association of Chiefs of Police, he added.

He also stressed that the test was not meant to provide the only evidence to secure a conviction. A positive test provides police with probable grounds to request blood tests or analysis by drug recognition experts, Blair said.

Additional devices are under consideration, including one hand-held unit that has been through the approval process and will soon be made available, he said.

Abbott, the company behind the "SoToxa" machine, has said the device can accurately use a saliva sample to test for drugs in a person's system within five minutes and it works in cold weather.

The Canadian Press has canvassed police departments across the country and found most did not notice a spike in stoned driving after legalization, apart from a few detachments including the Alberta RCMP.

Vancouver Police Chief Const. Adam Palmer said his department had not observed a significant increase, but it will continue to be proactive in detection efforts and monitor the long-term impact of legalization.

The VPD has opted not to use the Drager device and has instead focused on training officers in standardized field sobriety testing and as drug recognition experts, said Palmer, who is also head of the Canadian Association of Chiefs of Police.

"While we are very confident in our ability to detect impaired drivers by drugs, we look forward to the additional approved screening devices that are coming down the pipe," he said.

RCMP said it has deployed a "strategic, limited" rollout of the Drager device across Canada, in consultation with provincial, territorial and municipal partners. No RCMP detachment in B.C. has used the device.

Blair recalled that when alcohol roadside screening devices first emerged, there was also a period of learning and various devices came forward until the police community settled on one.

"I think we're going through that process now," he said.

He also said back in 2013, the Canadian Association of Chiefs of Police unanimously urged the federal government at the time to give departments access to roadside saliva drug tests that had been used effectively around the world.

As a result of his government's measures, he said, there has been almost a 70 per cent increase in trained police officers across the country, with 14,400 schooled in field sobriety testing and 1,046 certified drug recognition experts.