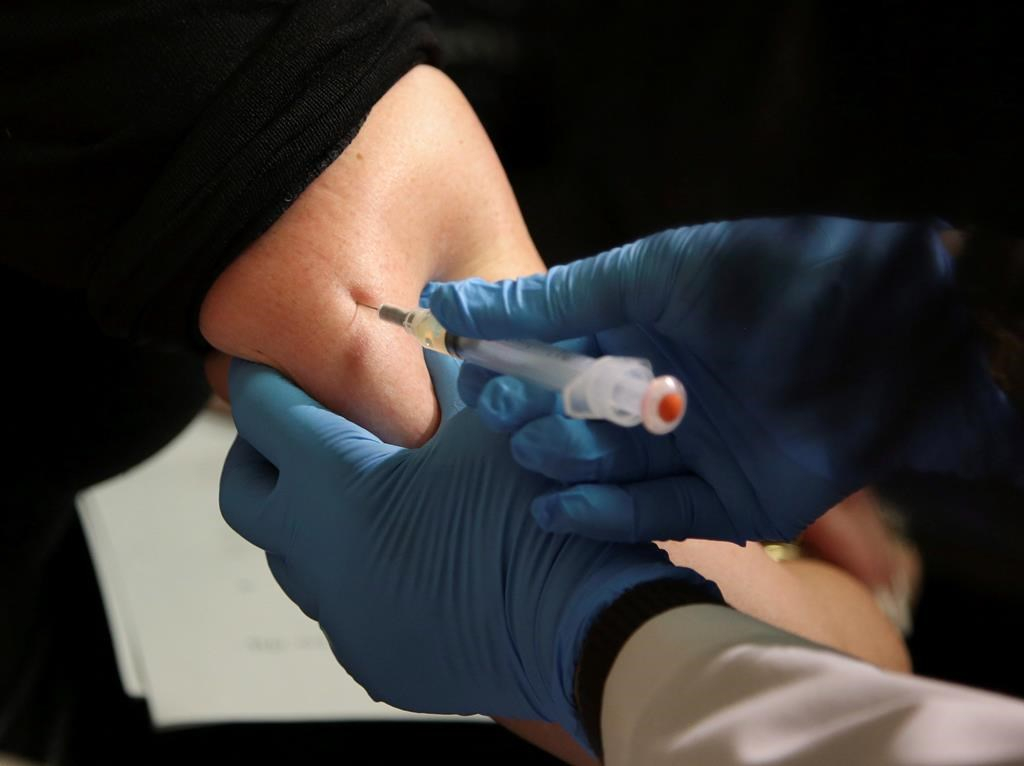 In this March 27, 2019, file photo, a woman receives a measles, mumps and rubella vaccine at in Pomona, N.Y. File photo by The Associated Press/Seth Wenig
Previous story
Next story

Ontario researchers say they've come up with a way to store vaccines at higher temperatures for weeks at a time.

The researchers at McMaster University say the cheap technology allows easier and longer shipments of vaccines, which usually need to be stored in cold temperatures.

They say chemical engineers created a sugary gel that is mixed with active vaccines and can be stored in temperatures as high as 40 degrees Celsius.

The gel dries and seals in the vaccine, which can later be reconstituted with water by clinicians in the field and given to patients.

The researchers say this will be invaluable for something like the Ebola vaccines that need to be delivered in remote areas in Africa.

They say the vaccines remain viable in the sugary gel for eight weeks.