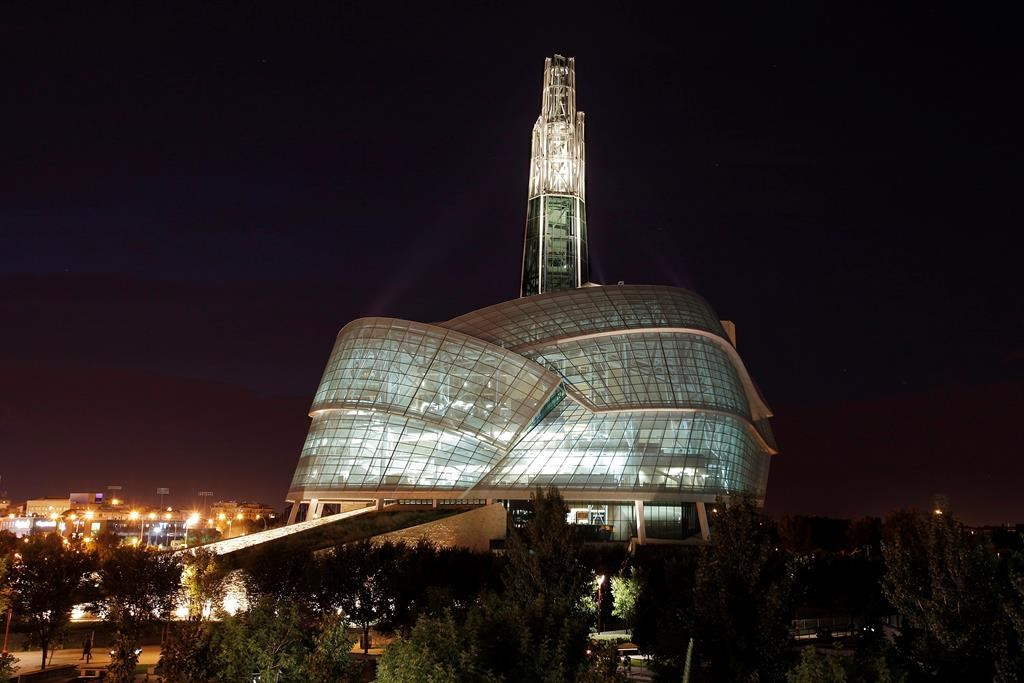 A night view of the Canadian Museum For Human Rights is shown in Winnipeg on September 16, 2014. File photo by The Canadian Press/John Woods
Previous story
Next story

The Quebec government's latest attempt to legislate on secularism could find its way into the Canadian Museum for Human Rights in Winnipeg.

The Legault government's Bill 21 would prohibit public servants in positions of authority — including teachers, police officers, Crown prosecutors and prison guards — from wearing religious symbols on the job.

The Coalition Avenir Quebec government intends to see it passed into law within a month.

The museum, which has exhibits exploring issues that include freedom of religion and conscience, said it is planning to refresh its exhibit on Quebec's attempts to deal with secularism.

"We are considering ways to update that exhibit, which may include reference to Bill 21, but those decisions have not yet been finalized — partly because the fate of Bill 21 is not yet known," said museum spokeswoman Maureen Fitzhenry.

Fitzhenry said in an email that the museum already references a 2010 Liberal government attempt to legislate on the matter. Bill 94, which died on the order paper in 2012, would have banned people from giving or receiving government services with their faces covered — mostly affecting Muslim women who wear the niqab or burka.

That prohibition was revived by the Liberals with Bill 62, which became law in 2017 but is currently being challenged in court.

Asked why it was important for the museum to deal with questions about religious beliefs in the country, Fitzhenry replied, "Freedom of religion is a human right that is important and guaranteed by the Canadian Charter of Rights and Freedoms and the Universal Declaration of Human Rights."

The comments come as a letter from three observers working for the United Nations Human Rights Council raised concerns about Bill 21.

They sent a five-page letter to Canada's mission office at the UN seeking clarity on Quebec's bill, which they say undermines "freedom of conscience, religion and equality of citizens."

The letter, which has now been made public and was dated last Friday, raises several concerns, including a lack of definition of religious symbols, which could result in "a discretionary and potentially discriminatory interpretation of what constitutes religious symbols."

Quebec Immigration Minister Simon Jolin-Barrette, who is piloting Bill 21, didn't immediately comment, but the provincial government has defended the proposed law as both moderate and pragmatic.

The museum has a few displays on minorities in Quebec — one looks at the Supreme Court of Canada ruling about the right of a Sikh student in Quebec to wear the kirpan, while another is a photo exhibit called "Ce qui nous voile" (What Covers Us), which is designed to spark conversation about the experience of Muslim women in Quebec who wear the hijab.

"While these exhibits do not specifically refer to Bill 21, they do speak to many of the same human rights issues that are raised by this legislation," Fitzhenry wrote.

Helene David, the Quebec Liberal critic for secularism, said it's not ideal for Quebec to be known in this light and expressed concern that it would taint Quebec's reputation internationally.

"Certainly on the Anglo-Canadian side, there is a lot of skepticism and questioning about our supposedly republican evolution of secularism," she said in an interview.

Each year, nearly 300,000 people visit the Canadian Museum for Human Rights — which opened in 2014 and whose exhibits are designed to reflect on the treatment of different peoples.

Its mission is to study the theme of human rights with a special but not exclusive focus on Canada. The museum has had themes including the Holocaust, apartheid in South Africa and the persecution of Rohingya people in Myanmar.